I was a little wary stepping into a screening of Brideshead Revisited. These British-movies-based-on-British-novels (Pride and Prejudice et. al.) tend to be, in my experience, mere “fan service”—little more than visual imaginings of the novel, intended primarily (or even exclusively) for fans of the novel (sort of like a more-literate take on our recent spate of comic book films stateside)—and I had barely even heard of Evelyn Waugh’s classic tome Brideshead Revisited. (I’m really not sure how that happened, as I possess a bachelor’s degree in English—perhaps because my literature professors always tended toward either extremely old British fiction, or extremely recent American fiction written by “diverse” authors, neither of which describes Brideshead at all. Regardless, it appears that I’m a Philistine. Consider this my formal apology to the literacy police.) Walking out, I felt roughly the same way.

The question, of course, is whether my personal experience should count as an asset or a liability in reviewing the film, and I guess the choice on that matter is up to you. On the one hand, I brought a clean slate to the film and was (theoretically) able to judge it on its own merit, without any of the bias that would have come from reading the original novel (or, for that matter, viewing the 1980s BBC serial); on the other, I’m pretty much the last person fans of the novel will want to hear from, as I can tell you next to nothing about how closely the film hews to the text or whether it does it any sort of justice. Even with that out of the way, though, I still have very little to say about this film. Is it good? Sure. Is it great? Well…no. 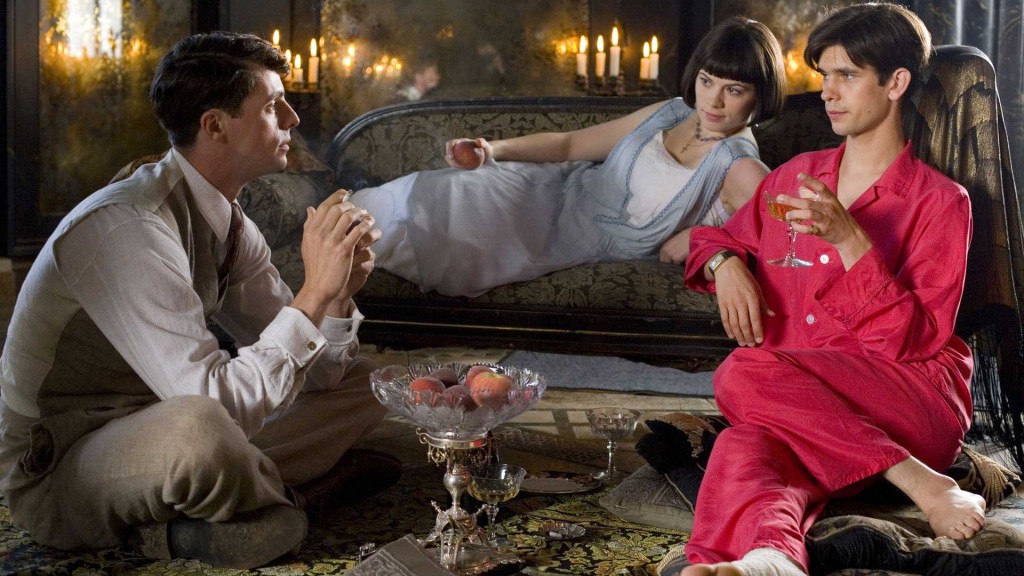 I found Brideshead moderately engaging throughout, with scenes and story arcs that gripped me for a while—but as often as not, I found my mind wandering—counting ceiling tiles and such. When it finished, I felt somewhat satisfied, but the next day I had all but forgotten everything that had transpired onscreen. Summarily, you could say that Brideshead is a fairly average film—neither spectacular nor terrible, and should please fans of the book who aren’t expecting an exhaustive transliteration.

Having given myself a crash course in the novel (I love you, Wikipedia!), I think I can safely say that the movie plays up the novel’s homoerotic themes, and plays down its Catholic ones. This should surprise no one; this is the difference between the 1940s and the 2000s. The story concerns Charles Ryder, a working-class young man who attends Oxford in the 1930s, is romanced by an aristocratic student named Sebastian Flyte (Ben Whishaw), and becomes involved with his family, later on beginning an affair with his sister Julia (Hayley Atwell,Cassandra’s Dream). All the while he feels God pulling him away from his atheism and toward the Catholic faith—but of course, we only glimpse that here.

It shouldn’t be a big surprise that the movie emphasizes the sex at the expense of the religion; there are very real limitations to the respective media of book and film. Books are made of words, and thus emphasize thought—philosophy, introspection; movies, on the other hand, are made of photographs, and by nature emphasize physicality and action. One character’s romance with God can be fascinating to read about, but is impossible to capture on film. Meanwhile, romantic moments on the human level—tender kisses, brushes of the cheek, longing glances—are intensified in power when recorded by a camera (this is true of many of the moments between Charles and Sebastian, and later between Charles and Julia). 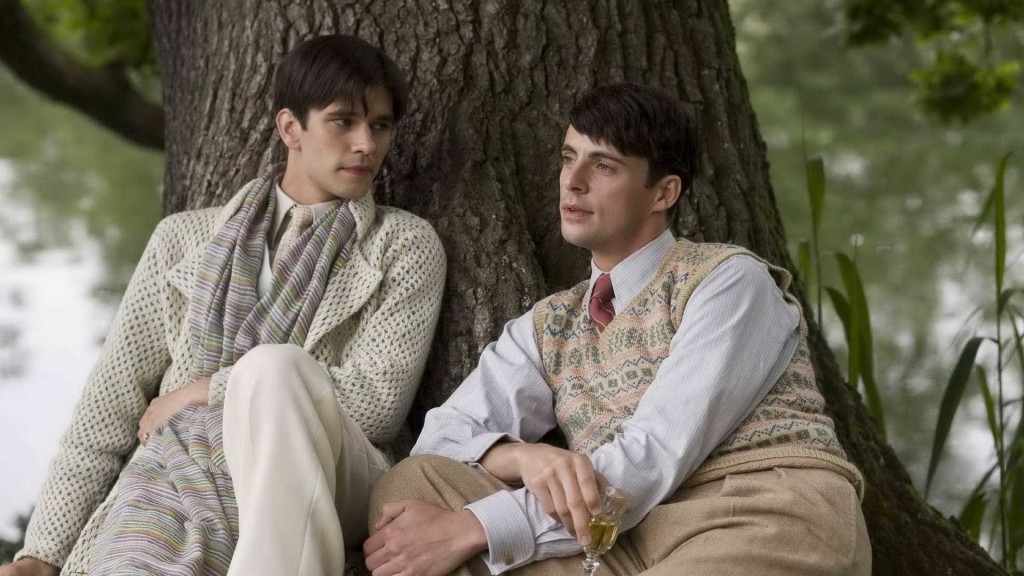 That being said, Brideshead Revisited still does a decent job of communicating Charles’ stumbling progress toward theism. If you’ve been wondering why I gave the film a three-and-a-half-star rating despite my lack of enthusiasm, here’s the only reason: the cinematography. Under the camera of cinematographer Jess Hall (Hot Fuzz, Son of Rambow), every sequence in the film says more than what is on the surface. The icons that overrun Brideshead (the Catholic Flyte family’s estate) are equal parts menacing and inviting, and certain moments, like Julia’s dying father making the sign of the cross, are astonishing in their resonance. And try as I might, I can’t get the last sequence (which, for the sake of the “SPOILER ALERT!” crowd, I’ll avoid describing here) out of my head.

All that said, the choice is ultimately yours on this one. I wouldn’t know, but I’m going to hazard a guess that it’s far worse that BBC’s adaptation in terms of plot, character, and dialogue, but far better than it in terms of lighting, cinematography, and atmosphere (for some reason, Auntie Beeb seems unable to hire gaffers and cinematographers). If nothing else, it made me want to read the book—and in many ways, that’s the highest praise you can give a literary adaptation.