I’m going to have some business cards printed up: “Luke Harrington: He Majored in English so You Don’t Have To.” Then I’ll make it my duty to inform everyone of the cutting-edge literary theories that they should be applying to the movies they watch. I guess I’ll start by telling you that, while studying critical theory, I ran across a complaint against literature (yeah, nearly all literature) posed by a theorist of feminist criticism. The complaint was simple: that the concept of “story” as we’ve all been taught to think about it (and as the story is related by way of novels, plays, films, etc.) is inherently a phallic, and therefore androcentric, one. Maybe that sounds ridiculous, but think about it for a second: every “story” (at least as the term is defined in Western culture) begins with the introduction of a character into a setting; the character has a single driving goal; the thrust (hee hee) of the story involves the character trying to accomplish this one goal until a climax — a single climax, mind you — is reached (and yes, there must always be a climax), at which point the story is more or less over. It’s linear, it’s goal-driven, and it’s phallic. Am I wrong?

No really, am I wrong? 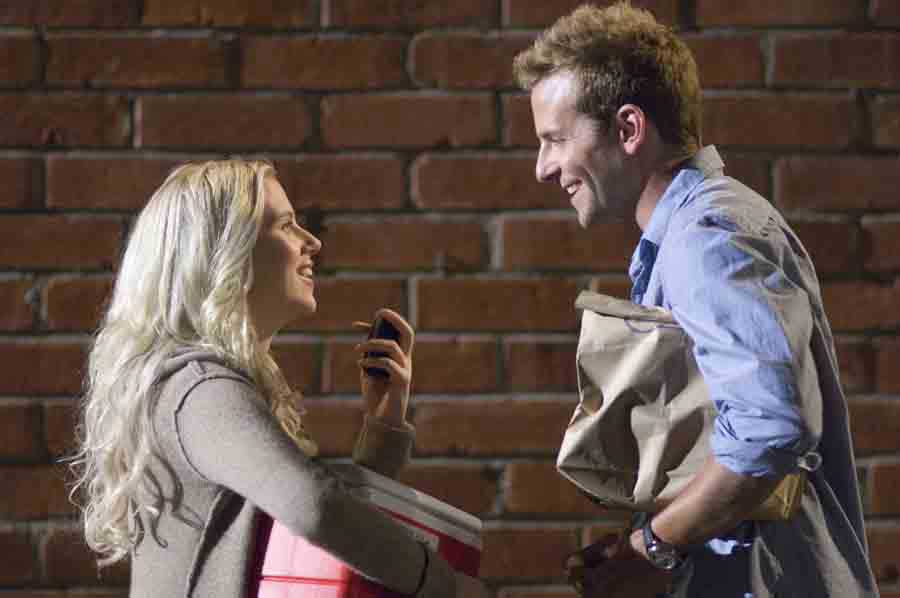 Yeah, that guy? TOTALLY not into you.

Of course, if this is the case, then it (obviously) begs the question: what would yonic (i.e. gynocentric) literature look like? I’m probably not the best person to ask, since I possess a debilitating disease known as “maleness,” but it’s not hard to posit a few thoughts on such a question: a yonic story should be “global” rather than linear, emphasizing character and relationship over goal and obstacle, and put an emphasis on its totality instead of its components (e.g., beginning, middle, end) and on its environment rather its utility. (Yes, most of that was just postmodern doublespeak. Glad you enjoyed it.) Other people could certainly add to this, but I think it’s a good start.

And now here’s the kicker: I don’t know if any story embodies this exactly, but the new film He’s Just Not That Into You is a pretty good step in that direction.

I’m just as surprised as you are. I walked in fully expecting to see yet another formulaic romantic comedy, but instead I was treated to the greatness that could be, if Hollywood made “chick flicks” that, y’know, really “got” what it means to be a “chick.” For the first third, the film is a thrilling experiment, throwing storytelling conventions to the wind as it plays “six degrees of separation” with its characters, jumping from one moment of romantic and sexual awkwardness to the next — phallocentric conception of “story” be damned. After a conceptual beginning that circles the globe in an attempt to foster universal sisterhood (it doesn’t work as well as it should, but hey, at least they try) we’re introduced to Gigi (Ginnifer Goodwin), who is finishing a bad date that she thinks was good; following this, her date Conor (Kevin Connolly) immediately calls his old flame Anna (Scarlett Johansson), who is busy checking out at the supermarket, where she meets the married (and very attractive) Ben (Bradley Cooper), who is having trouble with his marriage to Janine (Jennifer Connoly), who works with the perennially unlucky-in-love Mary (Drew Barrymore). 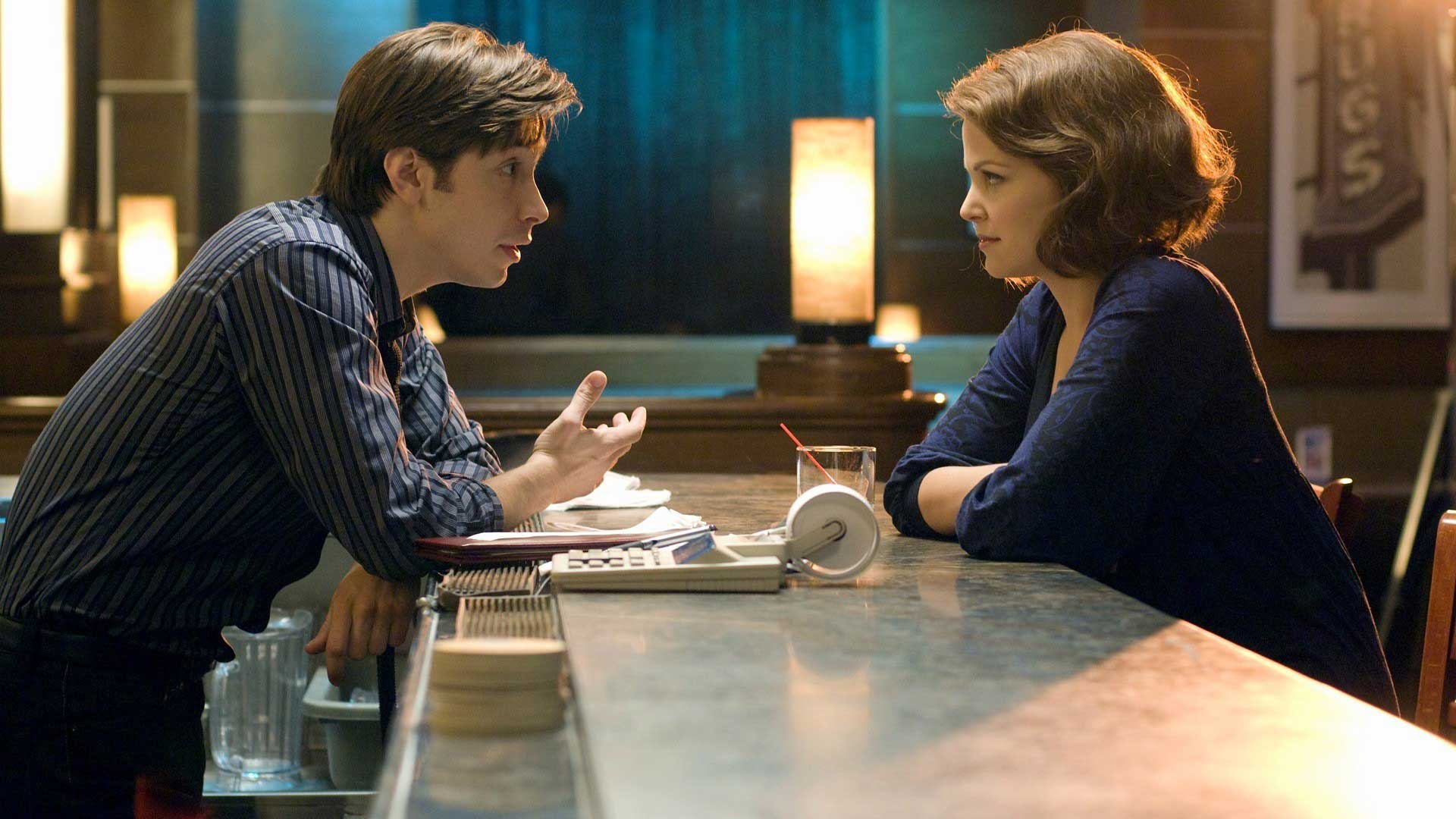 These guys aren’t into you, either.

I could go on with this for quite some time — He’s Just Not That Into You is the film that the phrase “ensemble cast” was invented for. It’s the sort of concept that’s impossible to sell to a producer (“It’s about a bunch of women who are having trouble with their personal relationships” “Yeah, but what’s it about?” “Uh — what I just said” “Yeah, but what’s the catch? Is it set in Vegas? Do they make a pact to get laid by prom night? Are there lots of fart jokes?” “Um, no…if you would just read my script — ” “Yeah, yeah, we’ll have one of the interns do it. Don’t call us, we’ll call you!”), which is why it probably never would have gotten made, if it weren’t for its cynical use of the title of an already-popular book.

The book, of course, is of the extremely frothy “self-help” variety. Written by a couple of alumni from the Sex and the City writing team (and using a line of dialogue from the series as its title), the book lists a number of ways to tell if a guy is “just not that that into you” — he doesn’t call you, he won’t marry you, he’s sleeping with someone else (um, girls — if you really need a book to tell you this, please get help immediately) — then unnecessarily expands each one into an entire chapter, in order to justify the $30 price tag. The movie pays lip service to the book by using some of its chapter titles as epigraphs for each section of the film (each one is punctuated by a mock interview with random people on the street — an obvious nod to When Harry Met Sally, but also an intriguing way to keep the focus of the film less linear and more “global”), but aside from that has relatively little to do with it. We are, after all, talking about a fictional film based on a nonfiction book, and screenwriters Abby Kohn and Marc Silverstein take this as license to do more or less whatever they want, weaving numerous intricate threads together to create something different and surprising (something that, at its best, calls to mind a good Shakespearean comedy — not that you should quote me out of context on that, or anything). 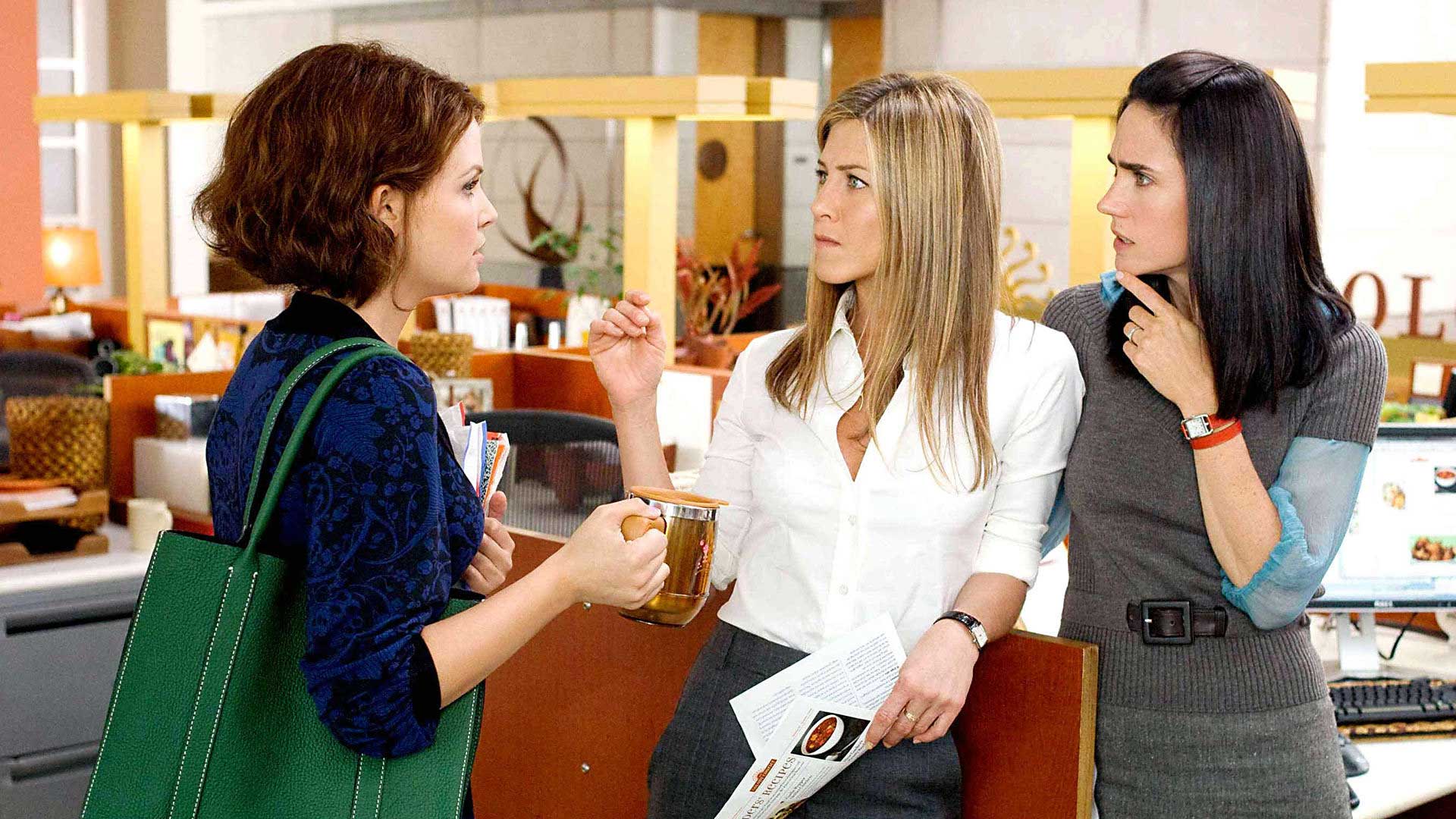 They’re all just NOT THAT INTO YOU. Get over it and buy my book.

Unfortunately, I’m obliged to tell you that the majority of the film never quite lives up to the thrill of its first half-hour. Part of me wanted the “six degrees” game to continue for the rest of the running time, with new, interconnecting stories being introduced throughout all of its six reels (shades of Tales from the Far Side, only less weird); sadly, this was not to be. Once the movie introduces its five (or so) major threads, it seems rather content to follow them to their conclusions and call it a day. Even more egregiously (or at least arguably so), the filmmakers appear to have bowed to studio pressure and tacked on happy endings for most of the stories. Yes, that means that most of our plucky heroines do, in fact, find guys that are Just That Into Them. Whether this is the mother of all ironies or simply proof that Sex and the City-era self-help actually works is up to you; clearly, though, He’s Just Not That Into You never really lives up to its initial feminist promise, either in form or in content.

Still, I have to give credit where credit is due: this is a film that takes some serious risks, incorporating a complex, relationship-oriented storyline that — frankly — most men won’t be able to follow (nor are they likely to bother trying), does its best to aspire to a yonic model of art-making, and proves once and for all that “estrogen-drenched sisterhood movie” doesn’t have to refer to bargain-basement Lifetime fare. It’s not a resounding success, but it’s a thrilling experiment that’s definitely worth a look.