Charlie Kaufman’s absurdity meets the style of Wes Anderson in this quirky look at humanity and the art of storytelling.

Carrie Preston plays Marian, an author who is struggling with her latest novel about two man-children (No, this is not a Will Ferrel movie) who live together in a landlocked boat in the middle of nowhere, surviving on cereal and milk.

Faced with writer’s block, Marian goes to Preston (Austin Pendelton) for help. Encouraged by her mentor, Marian attempts to off her main character. What she doesn’t realize, however, is that Humkin has other plans in mind, and literally leaps into our world. 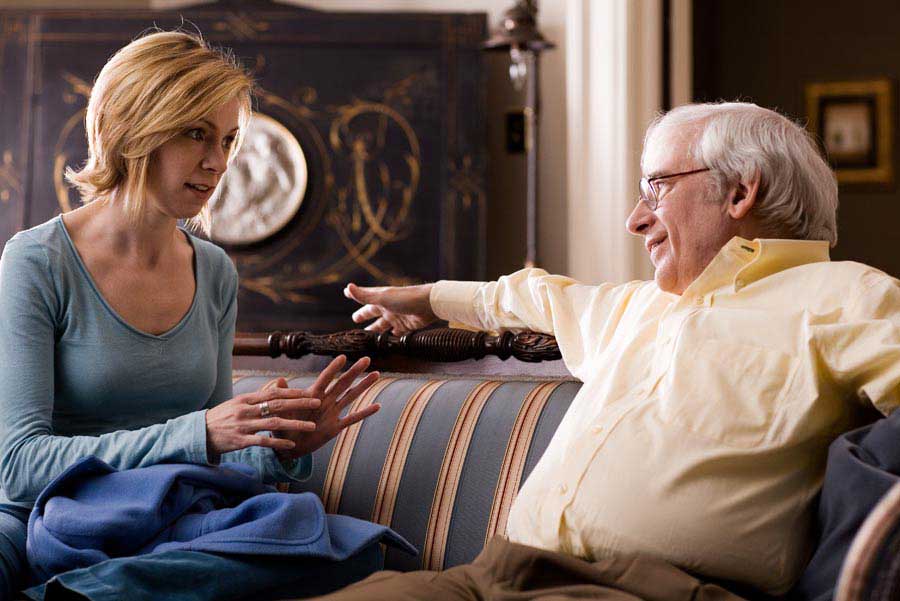 I hesitate to say too much about the iconoclastic story for fear that it would take away from experiencing it for yourself. It’s a mixed bag of emotions, and first time director Kirt Gunn (also the writer) handles it delicately. It reminded me of Stranger Than Fiction and Adaptation, but only in plot. Kirt’s story is unique, fresh, and well worth watching.

At times grandiose and overacted, the decidedly idiosyncratic story has a peculiar blend of fiction and reality that works surprisingly well. The title of this film is very apt, and wonderfully absent from the film. It’s a title that makes sense in retrospect, which is a credit to the film.

The range of acting talent on display in Lovely by Surprise is, in my mind, the film’s greatest component. Carrie Preston, Austin Pendelton, and Reg Rogers perform admirably. I would love to see more from them. Michael Chernus brought a great amount of charisma to his performances as Humkin, and a What About Bob? quality to the character.

It’s a great little film with a lot of heart.