For more ooey-gooey Max Payne goodness, be sure to give Episode 8 of the MovieZeal Podcasta listen, wherein we discuss the Payne-meister and other failed video game adaptations.

At some point in the film, the titular Max Payne is forced to enter a spooky apartment in search of his ex-partner who may have Important Information about who really killed his family. Gun drawn, he whips around darkened corners, malicious shadows stalking him across the wallpaper, at which point my colleague turned to me and whispered, “Why don’t people ever turn on the lights?” Which makes perfect sense. If there’s a perp in there, the darkness is only helping him, so why not cut on the lights and even the playing field? Duh.

I am, of course, nitpicking, but Max Payne overfloweth with such logical indiscretions. You cannot help but notice the lights; and the tattooist who can handily answer all your obscure questions about Valkyries (did he conveniently have Wikipedia open?); and the obsession characters have with charging into rooms and blindly discharging their weapons, quite possibly the most inefficient method of disposing of an opponent imaginable (that the rooms are often empty just makes it comical); and that the Surprise Bad Person is surprising for all of 24 frames into his/her (gotta pretend that spoilers matter) otherwise useless role. Max Payne’s script is so weak that it immediately generates the clichéd response, “Heck, I could write a better script than that.”

The only thing worse than the script is the casting. Deirdre Brown and Mindy Marin (are casting directors ever mentioned in film reviews?) might not be to blame, but whoever pulled the trigger on Mila Kunis as a sub-machine gun toting Russian gangster (only Britney Spears could have been a less believable choice) and Chris “Ludacris” Bridges as an Internal Affairs agent (the “Ludacris” refers, apparently, to his acting chops) deserves a big wag of the finger. Wag, wag, wag. 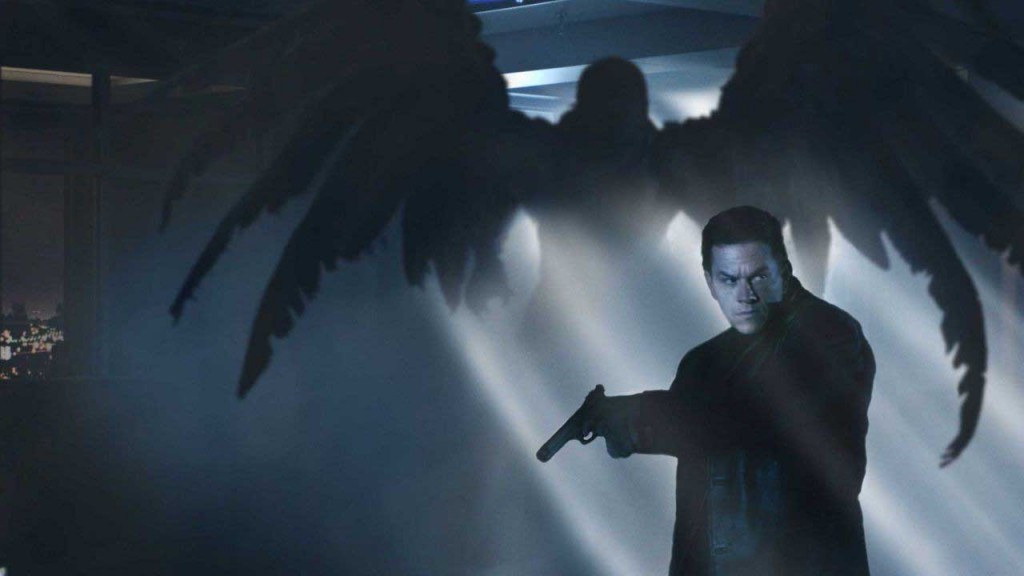 Am I being harsh? If so, it’s only because there’s promise in the margins of Max Payne. DP Jonathan Sela noirs it up nicely with a stylized night ‘n snow palette, and director John Moore manages some stunning visuals that, sadly, lose their potency once the actors surrounding them begin to speak. The climax reverberates with an intensity that the rest of the picture lacks, and watching an adrenaline-infused Mark Wahlberg sling lead through reams of disposable thugs provides a cathartic end to an otherwise tepid revenge fantasy.

At some point in the film, when Surprise Bad Person is monologuing it in anticipation of killing Max Payne, (really? a monologue?) a nearby henchman quips, “Enough of this sh*t.” Disappointingly, that’s all I could help thinking as I left the theater.