I’ve walked out of the movie theater smiling quite a bit this year. I’ve seen a lot of great films that all left me with something different to take home. “This is it” was no exception. It shot me with a jolt of love straight to the spirit. I’ve always been a big MJ fan ever since I was little, and the man (in spite of his personal issues) left a big impression on me. From his grooves to his moves, it all boils down to an energy that reflects positively on everyone around you. And that glow comes across vividly here.

This isn’t a film about his life, trials and tribulations, and if you have a negative opinion on the man then this probably won’t sway that. It’s just footage from the last few rehearsals for his final performance. There are tiny bits of interviews with some of his tech crew, and other musical performers, but it’s kept to a minimum because we came here to see Michael. 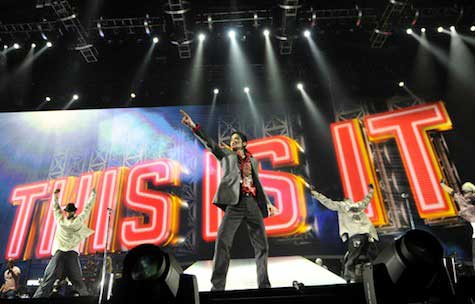 We get to hear most of our favorite songs complete with the dance moves we know and love, as well as some extended pieces of song and dance we haven’t seen before. A decent amount of newly shot footage for “Smooth Criminal” and “Thriller” are icing on the cake.

Michael is often half in costume, and not completely shaven, but the man is never out of mind. When it comes to his show, his music, his vision, the man is on the ball. He knows when a beat is off by a millisecond, and he could sense an off-note a mile away. He was the King of Pop and everyone around him is a sort of third-class citizen. Not in a bad way, but you don’t look like much when you stand next to the man who made “Thriller.” When it comes down to it, most of these people are living out their life dream by getting this opportunity to play with their icon, and they are all overjoyed. He gives many of them a chance to shine and his energy flows into them and brings out the best in every performer. 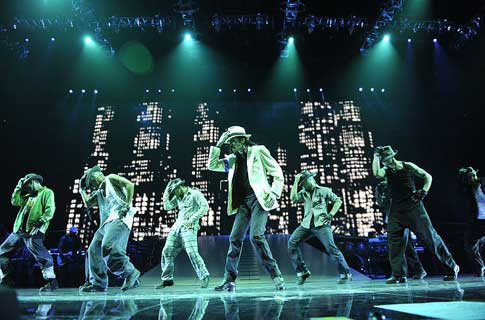 Michael is older here, and we don’t get to see his moves completely crisped to perfection because he’s rehearsing, and we know he’s waiting for the big show to unleash the beast. Nevertheless we see him start to get down several times in the film. Afterward he would jokingly scold everyone for letting him get too into it during rehearsal.  There are the common Michael themes such as love for the planet which play a part in his vision, and we can see and hear the passion in his voice.

After walking out of the theater I couldn’t help but feel sad. It didn’t hit me until just then that the King really was gone. It’s a shame that nobody will every get to see the complete vision of what Michael wanted to paint, but his spirit will groove every time someone moonwalks across a stage. May he rest in peace.