While I was watching Perfume: The Story of a Murderer one thought kept going through my mind: who in their right mind would have green lit this film? Its art direction, lush production, gorgeous costumes, and A-list cast easily place its budget in the 50-60 million dollar range, so someone expected a significant return. That they thought an audience existed that would turn out in enough numbers to warrant their investment boggles my mind. Perfume has too much Art house in it to appeal to the slasher-flick crowd and yet it is too grotesque to appeal to the Independent film goer. The equal amounts of beautiful and revolting imagery make Perfume a cinematic paradox, limiting the group of people who would enjoy this film, much less recommend it to their peers, to an indefinable niche. Again, who green lit this film? But I’m getting ahead of myself.

Perfume, based on the international bestseller by Patrick Suskind, is grim from the word ‘go.’ It tells the story of Jean-Baptiste Grenouille (Ben Whishaw) who is born in 18th century France on the dirty cobblestones of a fish market. His mother, expecting him to be stillborn like her previous four children were, cuts the umbilical cord with a scaling knife and leaves the infant in a pool of blood and birthing material, surrounded by the rotting guts and castoffs of the fish market. Most directors, when placing a child in such a mortal situation, will choose to use implication to get the gist across. Not so with Tom Tykwer (Run, Lola, Run; The International), who reveals every grisly detail – the newborn struggling for breath, the congealing blood, the mangled umbilical cord trailing across the cobblestones – and lingers on them. Although unpleasant in the extreme, it is a purposeful decision to display this brutality, and these opening moments set the tone for the rest of the film. 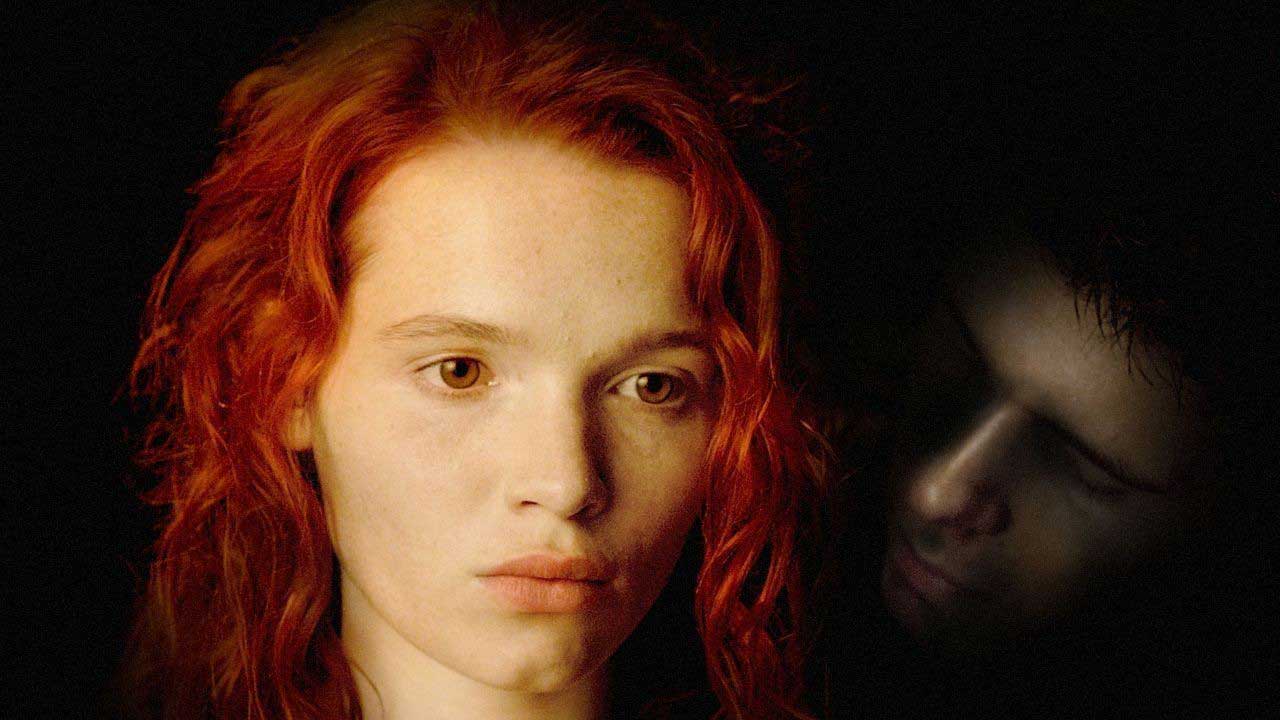 You mean girls don’t like it when you flirt with them this way?

Jean-Baptiste, obviously, does not perish, for he has an almost supernatural gift that sets him apart from the rest of humanity: his nose. He can catch the faintest scent and separate it from all others, cataloging it in his mind forever. As his newborn nostrils flare with all the odors of the fish market, he lets out a wail of arrival. His mother, expecting him to be stillborn, panics and flees, and the townspeople, thinking she intended to kill her child, promptly hang her. Jean-Baptiste is unceremoniously dumped on the steps of an orphanage where the other children waste no time in attempting to smother him to death. They are unsettled by his constantly sniffing nose; they know something is not right. He survives yet again and grows up experiencing every scent he can lay his amazing nose on. As the narrator (John Hurt, only heard and never seen) tells us, Jean-Baptiste does not care if the scent is fair or foul: “It only had to be new.”

It is this miraculous olfactory ability that is the core of Perfume and the element that undoubtedly lead Stanley Kubrick to declare Suskind’s novel “unfilmable.” How are you supposed to make a film about a character who spends more time smelling than talking? How exactly do you capture scent on celluloid? A lesser director would have opted for special effects, letting wisps of colorful smoke trail off of things and people to simulate their respective aromas. Tykwer instead chooses to ground his film in reality, rapidly flashing vibrant close-ups of fruit, women’s hair, animals, and whatever else Jean-Baptiste is “smelling” at the moment. The technique is simple and yet masterful. We do not doubt for an instant Jean-Baptiste’s magical gift, and the film’s many montages of scent effectively draw us into his world.

It’s hard to believe that an entire film can be carried by an actor who perhaps has 20 lines of dialogue, but newcomer Ben Whishaw does so effortlessly. His Jean-Baptiste is both revolting and fascinating at the same time. When he accidentally kills a young girl who possesses a unique scent, we sympathize with him even as we are disgusted by what he has done. When he begs a local perfumer (played wonderfully by Dustin Hoffman in what are easily the film’s most enjoyable scenes) to allow him to prove he’s worthy to be taught, we want him to succeed even as we hope he fails. And when he sets out to create the ultimate perfume by killing 13 virginal girls, we’re morbidly fascinated by the outcome even as we ‘re revolted by the part of us that’s fascinated. Perfume exists at the crossroads of beauty and obscenity, and for better or worse, Whishaw captures that juxtaposition flawlessly. 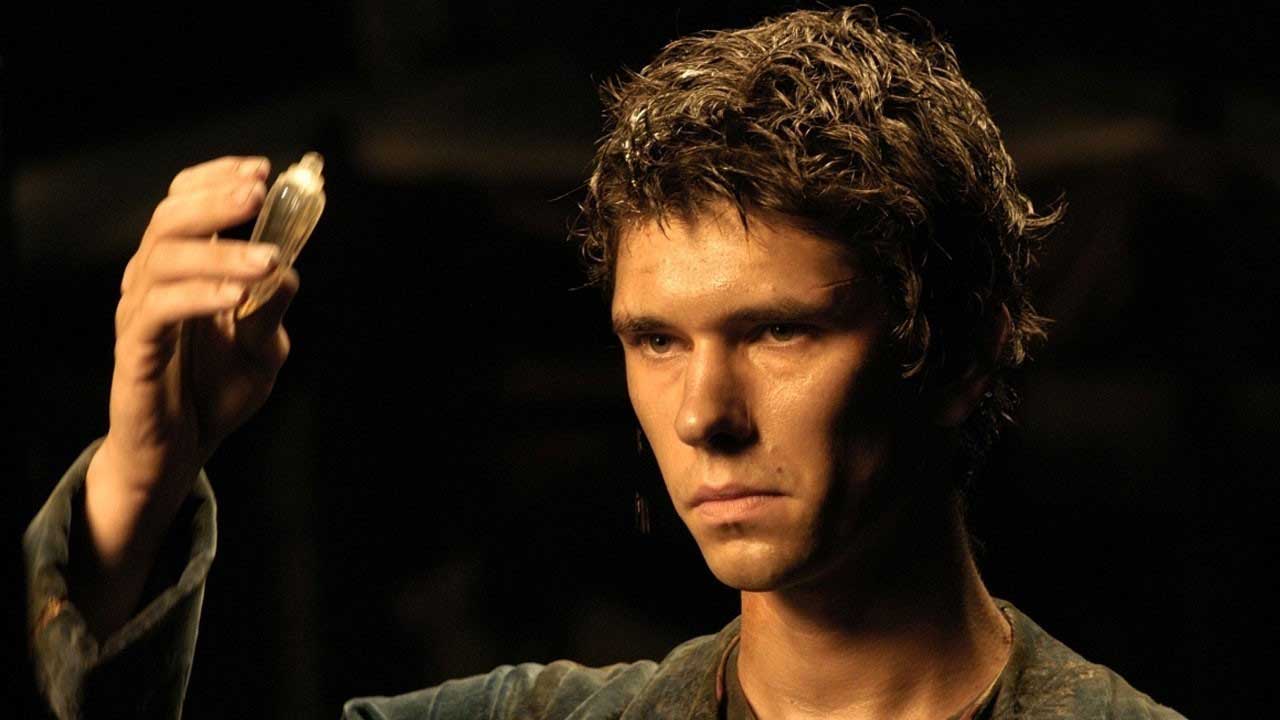 All we need is some glue and we’ll kill at the Rose Parade!

Perfume ends on the same macabre note that it began on, but not before declaring its Grand Message to whatever rubbernecks managed to stick around for the entire ride. This self-importance is more distasteful than everything that has preceded it because it’s as if Tykwer is attempting to justify his film’s existence with a ludicrously trite moral. After subjecting us to over two hours of pure morbidity, Tykwer tries to tie it all up with a nice little bow by telling us that “all you really need is love.” Seriously, it is that simplistic, and there is no scene, no character, and no single moment in the entire film that would lead you to believe that this was the filmmaker’s driving purpose. It’s an afterthought, a tacked on Moral Of The Story, and it cheapens the whole affair.

While I found parts of Perfume hauntingly beautiful, I mostly kept watching out of a sense of perverse curiosity. As I mentioned before, it amazes me that it was ever given the green light, and I can’t imagine many people will find it remotely enjoyable. While the repellent imagery is part of that reason, I think a deeper explanation can be found in an almost forgettable scene halfway through the film. Jean-Baptiste, having crawled into a cave to rest from a cross-country journey, discovers that he himself has no scent. Having said earlier that a person’s unique scent is the essence of their soul, Jean-Baptiste is unnerved by the implications of his odorless body, and that is the heart of what is wrong with Perfume: The Story of a Murderer. A soulless protagonist inevitably begets a soulless work of art, and no matter how beautiful or fascinating parts of the canvas may be, in the end you’re left feeling empty inside.