Chances are, you already know if you’re going to see this movie or not. At this point in its run the Saw franchise is a known quantity, offering up no surprises, just new traps and barely coherent bits of moralizing. It has come to be a comfort food of sorts; that is, if you’re part of Leatherface’s family. That being said, let me put off judgment on the fifth film in this gruesome juggernaut for just a few moments and talk about the series in general. 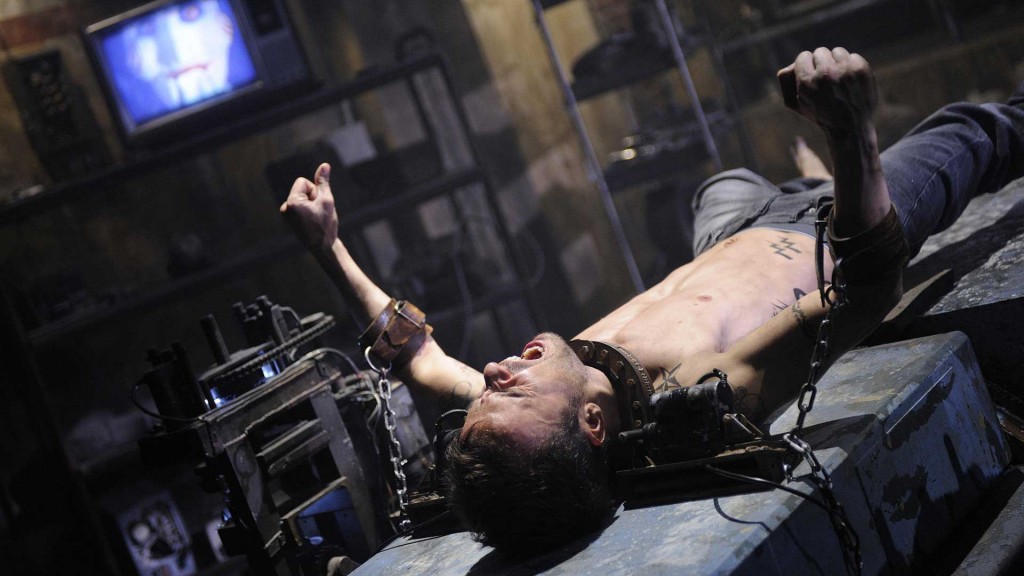 Please! I’ll do whatever you want! Just no more public access programming, I beg of you! 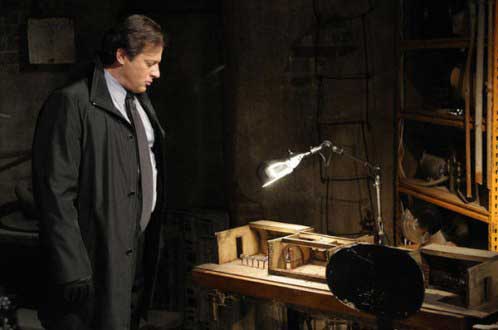 Both plots share a common weakness: old-fashioned bad filmmaking. Scenes were clearly reorganized in the hopes of making a coherent story, but instead we wind up with a villain who spends half of the film’s running time sitting in a parked car and an FBI agent who leaves his office 3 times in one evening. Besides basic logic, the filmmakers also fail with regards to Suspense Building 101. If a twist is supposed to come at the end of the movie, you can’t tip your hand early by showing us more than the character knows. The realization of their failure to comprehend earlier clues should come to the audience at the same time as the character, otherwise the twist lacks, well, a twist. It’s more of a “straight” at that point. 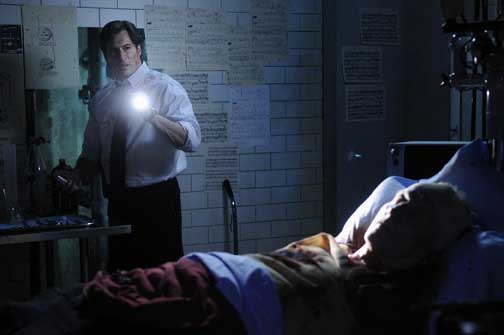 I have to admit much of my anticipation for the movie was based around getting to see Scott Patterson swear and get sprayed with blood. Both of these things were largely lacking from his most famous role as Luke on Gilmore Girls. Wherein, if I may be permitted an aside, he totally should have wound up married to Lorelai. Ahem, back to the subject at hand: I think he actually could have made a compelling go as a troubled rogue agent if only the script (and direction) would have allowed him to. Instead, every time Agent Strahm encounters a new clue he looks at it meaningfully for a moment, and then promptly announces its importance to the audience. This problem has been solved many times; voice-overs are widely hated, but one would have worked wonders here. In Man hunter, Michael Mann has William Petersen dictate his thoughts into a tape recorder; given the devices ubiquity in the Saw universe, this option would have fit like a glove (over a dismembered hand). By far the best option would seem to be TRUSTING YOUR AUDIENCE. If we see a picture, then see someone thinking, we know it’s important. Leave it at that. The filmmakers, however, decide to shove it down our throats. First we see a picture which connects two characters, then Strahm says (out loud, to himself) “The two of you worked together!” then we get a flashback, where, indeed the two of them do work together. The realization is barely shocking the first time; by the third or fourth time it happens, I was rooting for Strahm to get caught in one of Jigsaw’s traps just so he’ll stop telling us what he’s thinking every two minutes.

By the time the credits rolled, I had fallen in league with Jigsaw, another acolyte to carry on his twisted lessons. At this moment, I am desiging a device that can hold the director perfectly still whilst I show him Saw V repeatedly. To earn his freedom he only has to admit that he turned a perfectly good trashy flick into just another bad movie.