Starting with teachers at a high school in Paris introducing themselves before the school year begins, director Laurent Cantet sets the mood and setting for the rest of the film. The Class rarely steps outside of the building, showing us what happens within the confines of the classroom.

The Class, based on François Bégaudeau’s semi-autobiographical novel of the same name, is about Bégaudeau (played by himself in the film) teaching French to a culturally diverse class in a Paris high school. It deals with important issues that pertain to teaching and interacting with people coming from different cultures and backgrounds. In several scenes Bégaudeau has to explain what certain words and idioms that he uses mean because the students aren’t familiar with them.

Stylistically, The Class falls into the cinéma vérité camp, adopting a distinctive documentary feel. The majority of the film takes place within the classroom, and is intimately filmed. It’s as if the camera is hovering around the classroom capturing spontaneous moments as they happen. Aside from meetings with the student boards and parents, there isn’t much background for the students given; what you see is what you get. There are a lot of close-ups in the film, reminding me of the style of director John Cassavetes. 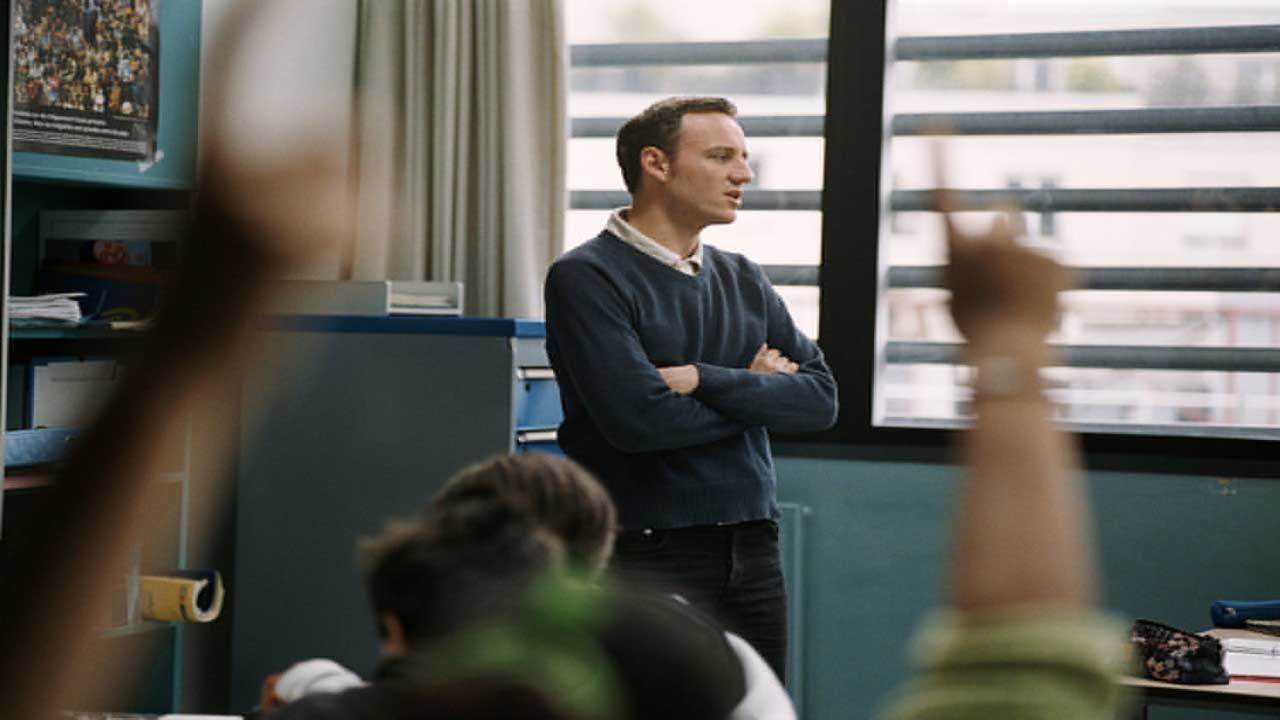 Staying during the closing credits, I had a short conversation with an older couple that were seated a few rows in front of me about the film. The husband is a teacher, and they were wondering what my take on the film was, and more importantly, Bégaudeau’s teaching method. We talked about the cultural problems that he had to deal with and how he genuinely wanted his students to succeed.

That said, however, I appreciate how the filmmakers didn’t make Bégaudeau out to be the perfect teacher. For example, he’s been teaching there for four years and should have more control over his classroom; the students run the class more than they should. The moments when he does connect with the students, however, are beautiful. I think he would be more at home in an organic setting rather than the traditional one that he’s currently in.

In some ways The Class can be compared to Spike Lee’s Do the Right Thing. Both films deal with a culture clash that takes place in an environment where people are forced into contact with each other. The Class succeeds in showing us what can happen when various cultures come together under the same roof. It raises a lot of questions about education, culture, and communication, leaving the viewer to struggle with the answers as the credits roll.