“It’s a monster! Run for your lives!”

Apart from being a quote from Frankenstein, those are also the words uttered by Marvel and company following the 2003 release of Ang Lee’s Hulk. Perhaps an obvious pairing on paper, the Asian auteur of angst took significant liberties with the property and rendered a film that was well written, superbly acted, ambitious, and…absolutely no fun. And in the comic book genre, ‘no fun’ is just another way of saying ‘franchise killer’. “Hulk Poodles!” became the bitter rallying cry of spurned fanboys the globe over.

So Avi Arad and the boys at Marvel (not content to let one of their most recognizable properties be remembered primarily for Nick Nolte shooting lightning bolts out of his eyes) turned to a director guaranteed never to make anything in his career that even remotely resembles Brokeback Mountain – Louis Letterier, the French action junkie responsible for theTransporter franchise and Unleashed. With a lot more SMASH and a lot less pathos, The Incredible Hulk is as obvious an apology for Hulk as The Last Crusade was for The Temple of Doom, which both helps and hurts it. 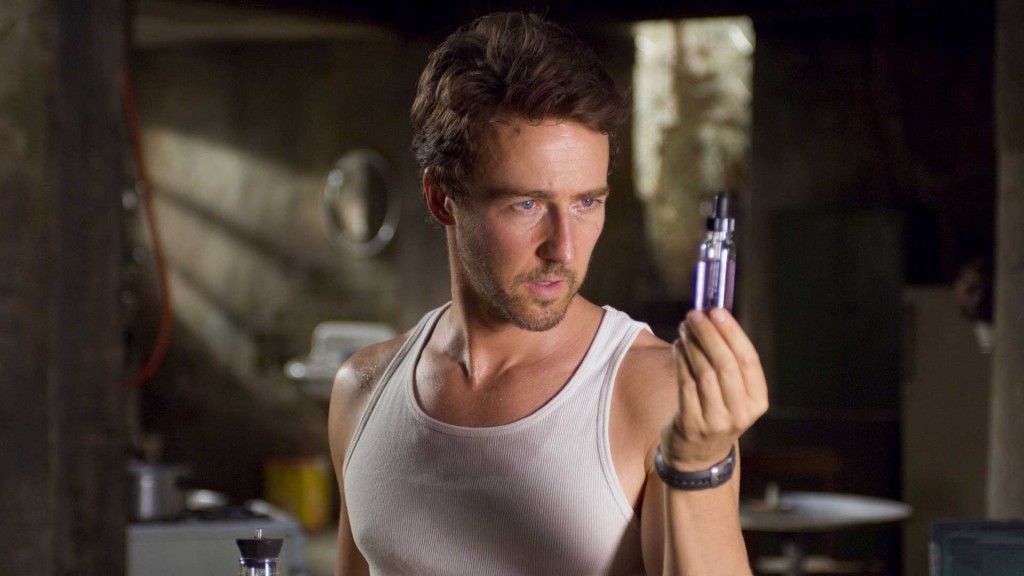 Ditching the standard origin-story that most comic book franchises kick off with (if nothing else, Ang Lee can be thanked for getting that out of the way), the film thrusts us straight into the action. Bruce Banner (Edward Norton replacing Eric Bana) is hiding out in the slums of South America, working at a soda bottling plant while he desperately searches for a cure to his condition. The U.S. military, however, has a hankering for that condition and the legions of super-soldiers they could create with it. Headed by General Thaddeus Ross (William Hurt of Vantage Point) and special-ops guru Emil Blonsky (Tim Roth, Youth Without Youth), it isn’t long before they’ve tracked Banner down and are chasing him over sheet metal rooftops and through congested alleys and streets.

This initial chase is an impressive cinematic feat, combining the best elements of Bourne and Bond. When little Brucey finally gets an inevitable case of the pissed-offs, Letterier chooses to mask the transformation in shadow, never giving us a clear look at the Hulk. Even though nearly every human being on the planet knows exactly what Mr. Green-and-Angry looks like, because Letterier treats his initial appearance more like Jaws and less like Godzilla, he stokes the audience’s anticipation for the Big Reveal (which doesn’t arrive until halfway through the film). It’s a subtle choice but an extremely effective one, garnering surprising mileage out the titular metamorphosis. 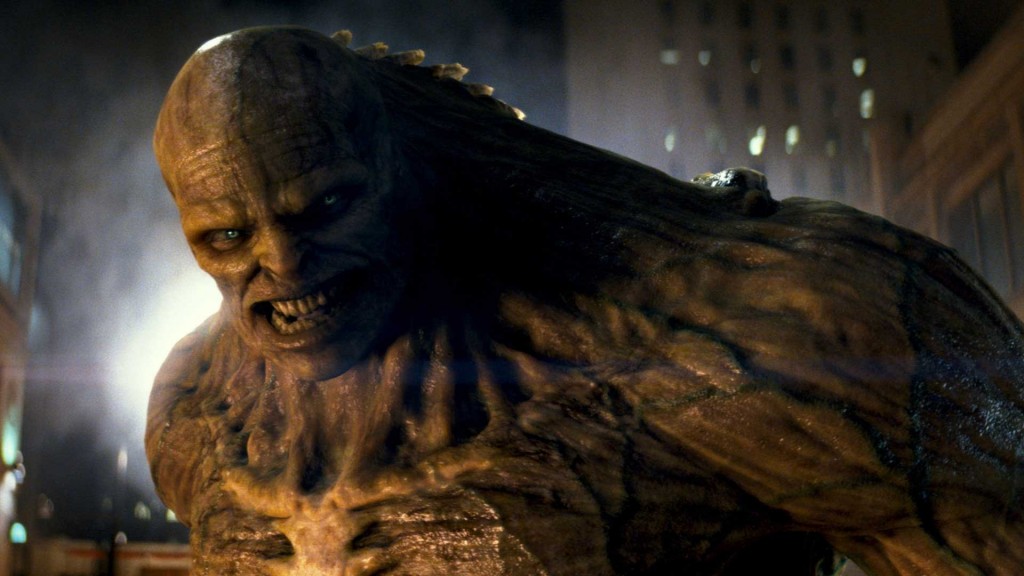 While Letterier crafts action set pieces that rank with the best of Spider-Man and Batman, directing actors is not his strong suit. Although the cast is top shelf, each and every one turns in an average performance (with the exception of Tim Blake Nelson, mucking it up as a Nobel-hungry scientist). William Hurt seems mildly grumpy most of the time, and Tim Roth, who is responsible for one of the nastiest on-screen villains of all time (Archibald Cunningham in Rob Roy), appears to be more constipated than ruthless.

Most disappointing of all, however, is the almost-chemistry between Norton and Liv Tyler, who plays Banner’s longtime love Elizabeth Ross. The Hulk has always been ripe for Shakespearean tragedy (you can see now why Ang Lee would have appealed), a tale of two lovers ripped apart by forces beyond their control, but Letterier and his Marvel handlers run screaming from anything that might remind viewers too much of the previous incarnation. In an attempt to distance themselves from the 2003 debacle, they’ve over-swung the pendulum in the opposite direction, and moments of genuine romantic tragedy are played for yucks. Both the script and actors are up to the task, but the just-barely-almost-there romantic spark never ignites between the two leads, a missed opportunity that other franchises have capitalized on. 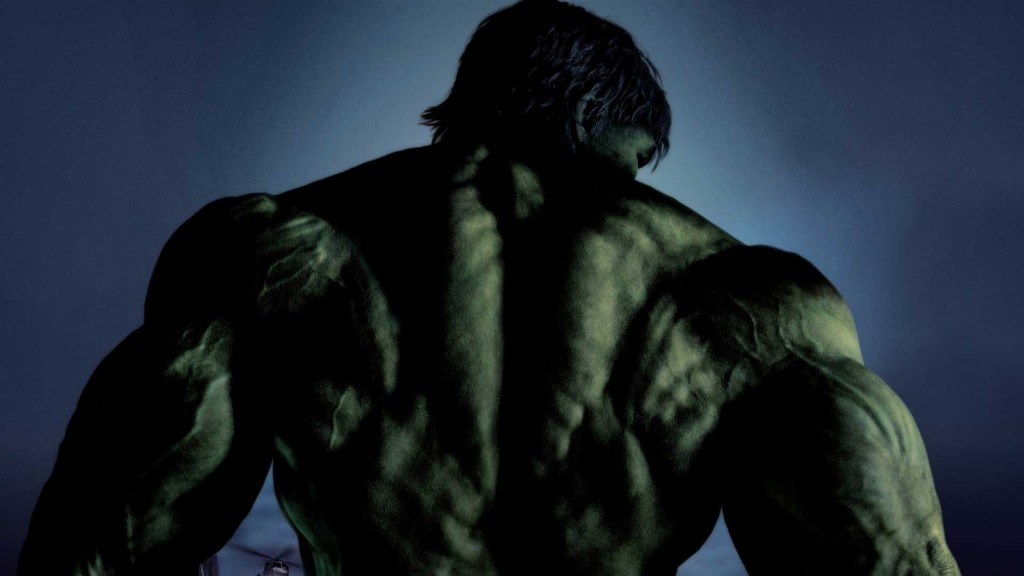 Regardless of its missteps, The Incredible Hulk is a genuinely entertaining piece of comic book goodness. From the fanboy service (Lou Ferrigno’s cameo, the musical score that references the original TV series, and Hulk’s classic line of subtle dialogue, “HULK SMASH”) to the city-crushing confrontation between the Hulk and his psoriasis-challenged nemesis Abomination, Marvel and co. have effectively rebooted a series that seemed destined to sulk in the corners of Blockbuster’s bargain bin. It’s not a reinvention of the wheel (one painful lesson was enough), but it is smashing fun.