The DVD case for The Rape of Europa is adorned with one of those generic marketing taglines you’ve seen countless times before: Imagine the world without our masterpieces. It slides right past the eyes like most focus-grouped Hollywood fluff does, but halfway through this seemingly above-average History Channel doc, one realizes those 6 words hold unexpectedly chilling ramifications. 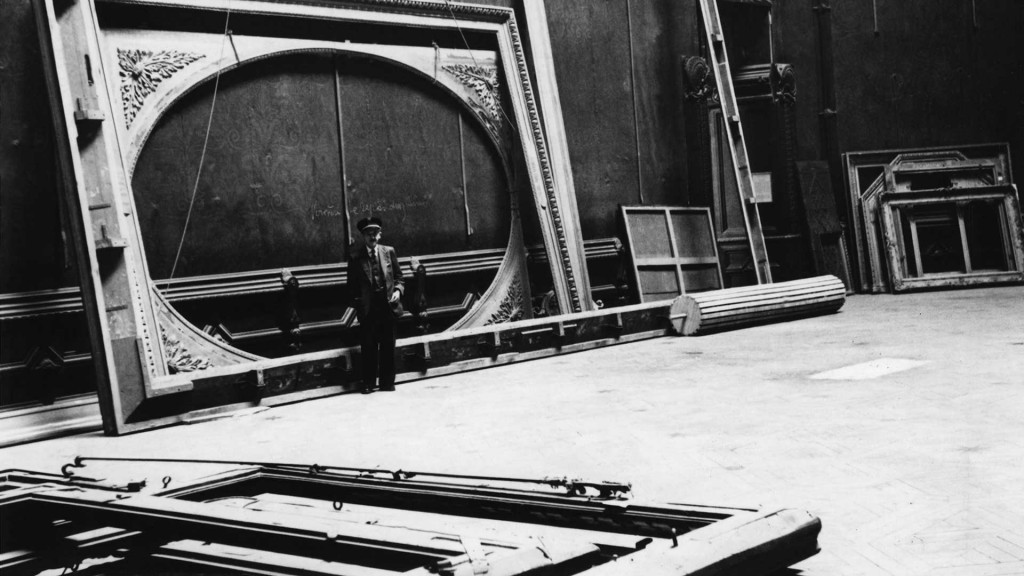 Dense and info-rich, The Rape of Europa presents World War II through a lens never seen before: the systematic pillaging of Europe’s priceless treasures. “They were the greatest thieves,” one interviewee states, and according to U.S. estimates, the Nazis stole 1/5 of Europe’s entire artistic heritage. Hitler, scorned as an artist in his youth (one eerie segment reveals quaint watercolors that he himself painted), dreamt of erecting the grandest art museum in the world, and he outlined which masterworks would one day populate it. This Nazi “hitlist” for art was drawn up alongside Germany’s plans for invasion. The art that they didn’t want – namely, Jewish art – was ignored or destroyed. The latter parts of the documentary deal with the Allied response to Hitler’s cultural aggression, in the form of the Monuments Men, and how they strove to both protect historic cities and reclaim stolen art. It’s a tragic yet fascinating perspective with which to view events that have been drilled into our heads since 3rd grade history. It’s also hard to believe no one has told this story before.

Although The Rape of Europa descends from the Ken Burns/PBS/History Channel school of documentary filmmaking, it harbors surprisingly deep questions, namely, which is more valuable, a work of art or a human life? I would have thought the answer obvious before, but discovering that Raphael’s “Portrait of Young Man” has been lost forever, or that the Nazis demolished two of Michelangelo’s Florentine bridges, or that Pisa’s unmatched Camposanto was reduced to a pile of burnt rubble and molten lead, felt like a punch to the gut. Art of indescribable value and works of staggering accomplishment that I may never have laid eyes on in my lifetime, I now never will. The tagline, which seemed so trite before, now feels mournfully sad. One of the latter subjects sums this up more perfectly than I could hope to: “Art belongs to humanity. Without it we are savages – we fight, we eat, we sleep. Art is what makes us human.”

A soldier later in the film posits a simple question: how could the Nazis appreciate and covet such beauty while they conducted such ugly horror? The soldier has no answer; the implications are terrible. It’s easier, comforting even, to paint the Nazis in shades of black and white, to deny them their humanity and label them Pure Evil. But if one of history’s worst mass murderers possessed such a deep love of beauty, it stands to reason that “good” human beings – human beings like us – are capable of great evil.

The Rape of Europa still resonates days after I finished watching it. The image of an empty frame, hanging on the wall of a Polish museum, where the “Portrait of Young Man” is supposed to reside, haunts. It represents in equal measure humanity’s potential to create beauty that brings tears to the eyes and to orchestrate evil that brings anguish to the soul. This is an unforgettable film; consider it required viewing for human beings.