A few moments before I sat down to watch Darren Aronofsky’s new filmThe Wrestler, I was overcome with prejudice and apprehension culminating in a simple question: “Could someone actually make a worthwhile film about wrestling?”  Call me shallow (you may be right), label me a snob (point taken), but despite all the buzz I’d heard, I wasn’t ready to be impressed.

I should’ve thought twice because The Wrestler is a beautiful and simple story about a sad (yet empathetic) character.  There’s plenty of grit, of course, but there’s more quiet power in this film than in any of 2008’s big Awards Season picks.  And given Mickey Rourke’s spectacular comeback performance, it should easily win audience approval as well as critical accolades.

Mickey Rourke as Randy The Ram

Rourke plays Randy “The Ram” Robinson, a big-time professional wrestling star during the 80s who, as the opening credits show, had manifold successes and a nice amount of money to play with.  But that’s all in the past.  Randy is a has-been now – a muscle-bound second-rate athlete writhing under the weight of past successes.  He’s now moonlighting at highly staged wrestling matches in high school gymnasiums and spends evenings relaxing at a local strip joint.  There’s little money to be had and his landlord has locked him out of his trailerpark home.  He’s a scarred man, highly medicated, dirt poor, and miserable.

After participating in an unruly match involving a staple gun and barbed wire, Randy, exhausted, goes backstage to his locker and has a near-fatal heart attack.  He’s rushed to the hospital and his doctor later alerts him that his body can no longer withstand the abuse that comes hand-in-hand with his profession.  “Hell, I’m a professional wrestler!”, Randy says.  The doctor’s response: “That’s not a good idea.”

With wrestling behind him for a while, Randy tries his best to establish relationship with a sympathetic stripper named Cassidy.  “I can’t leave with customers”, she says, but soon enough she begins to see that Randy’s current needs aren’t sexual and that his world is just as painful and fake as hers.   A flicker of romance?  Perhaps, but Cassidy is most helpful in helping Randy try to repair a bitter relationship with his daughter Stephanie (Evan Rachel Wood) who has been estranged from him for years.

Randy “The Ram” is one of the most sympathetic movie characters is recent memory mostly because Aronofosky doesn’t deny his audience any chance of getting to know Randy intimately.  Direction aside, there are many moments completely dependent on Mickey Rourke’s acting ability and The Wrestler is a compelling one-man show for him.  This is his movie and he deserves every bit of praise he’s been getting.  There’s a world of emotion flowing through Randy’s broken body and it’s just as easy to cringe in pain with him as he intentionally slices his face at a match as it is to smile and laugh when he’s relegated to scooping potato salad at a grocery store deli counter for extra cash.

Both Robert D. Siegel’s screenplay and Aronofsky’s direction are restrained and minimalist.  The script is quick and caring, but offers plenty of room for improvisation. The brutal wrestling matches never feel like they’ve been staged for the purposes of the film. The sound design is remarkable as well, often turning our attention to the pulsating ring of Randy’s hearing aid or the sounds of a screaming crowd echoing in the most unlikely of situations.

Indeed, Aronofsky’s direction is seamless and near perfect.  He has become all but invisible behind the camera for the purposes of this film and there is rarely a scene where he shows too much, lingers too long, or overstates a point.  The Wrestler may lack the ambitious goals of his previous films (Requiem for a Dream, The Fountain), but this is a smaller picture – the simple story of a man who has destroyed himself in so many ways for so long that he finally decides to search for redemption.  In Aronofsky’s hands, it’s undeniably fresh, too. 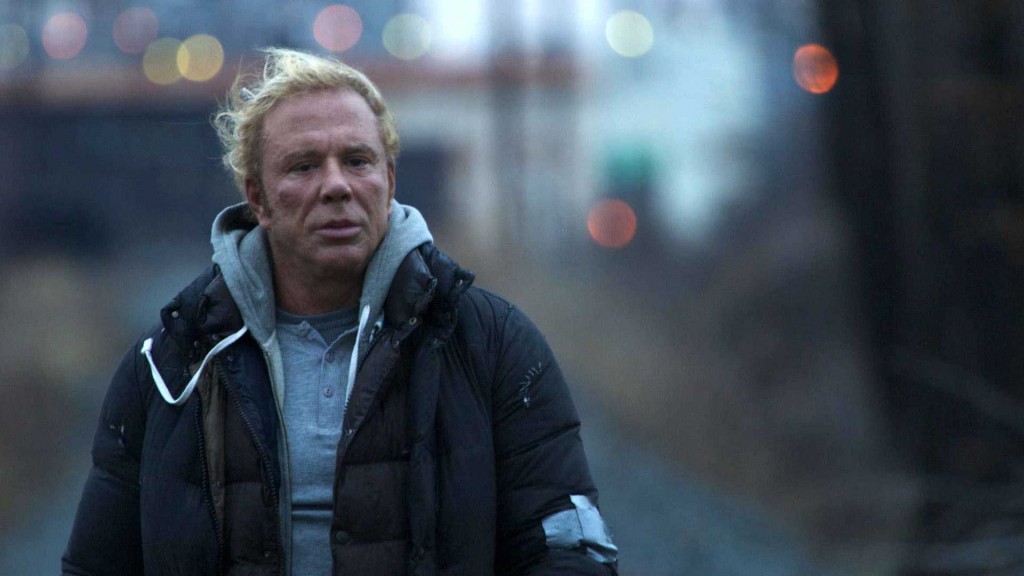 There’s a really transcendent moment when the final image of the film moves like clockwork into the words of Bruce Springsteen’s song “The Wrestler”, written specifically for the film.  Springsteen has channeled the themes of the film so well with his lyrics that it’s as if the song is an extension of Siegel’s screenplay.  “Have you ever seen a scarecrow filled with nothing but dust and wheat? / If you’ve ever seen that scarecrow then you’ve seen me.” Springsteen’s is the best summation one could possibly give of Randy “The Ram” and his song makes the film feel complete.

Come the end, we leave Randy when he’s at his apex – at the place where he belongs and has found a home.  Whether this is the best place for him to be is unsaid, but the empathy felt for his character is something rare.  We’ve examined and felt his wounds, learning that the ones that hurt the most are rarely physically wounded.  We care about his life and his future.  Where both of those will lead after the credits roll is anyone’s guess.