An earlier form of this review was originally posted at Wonders in the Dark.

The first five minutes of director Mark Webb’s (500) Days of Summer, a concise and entertaining treatise on young love, are immediately transporting.  There is a narrator, there are attractive (but not fake looking) leading characters, the music is zippy, and Webb introduces his leading players as if they were walking in a narrative music video.  It’s a beautiful amalgamation that can’t help but prompt an ear-to-ear smile.   (500) Days’ narrator has booming voice with commanding presence.  The story gets even more interesting directly following this masterful introduction when he makes the audience a promise: “This is not a love story.”

So, in the spirit of the film, I’ll put an embargo on the word “love” from here on out. It’s just one of the ways this story is atypical – a boy-meets-girl story the likes of which we haven’t seen before and one that is completely necessary in order to publicly state the romantic inclinations of millions of postmodern 20-somethings.

Joseph Gordon Levitt (Mysterious Skin, The Lookout) stars as Tom, a puppy-dog faced twenty-something slogging the days away in a greeting card company cubicle.   He’s almost falling asleep at a round-table meeting one morning when he sees her: Summer (Zooey Deschanel), the new girl – an improbably cute young woman with a timeless fashion sense straight out of Godard’s Masculin, féminin and bewitching blue eyes that flash with more mystery than sex appeal.  The initial attraction is awkward, but both of them realize that there just might be something there. 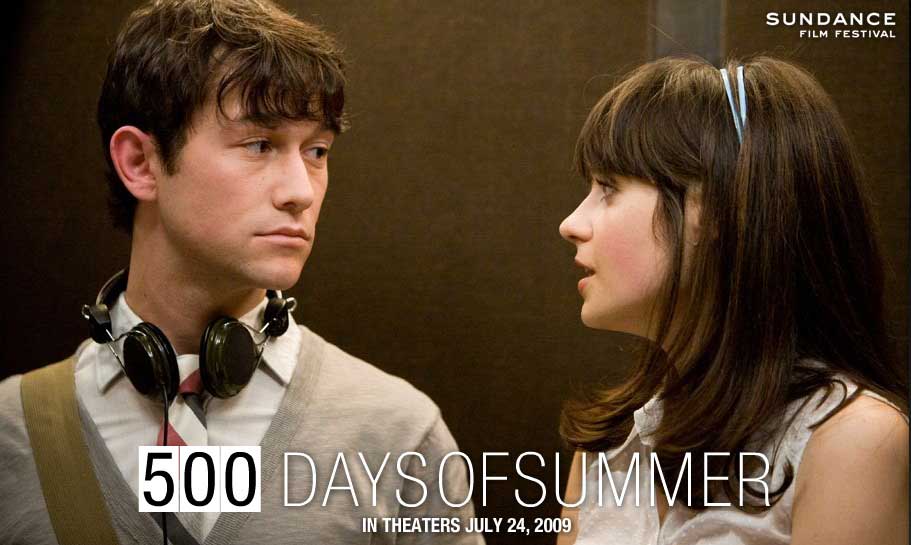 Tom and Summer’s perspective on relationships differ vastly.  He is a capital-R romantic and gets his definition of relational intimacy from listening to too much British pop music and completely misreading The Graduate when he was a pre-teen.  Summer is, in short, a goddess.  Since her teen years she’s been making men do double-takes on buses and busy streets.  She’s been around the dating block and is at the point where she doesn’t believe in that precarious L-word at all.  She’s honest about it with Tom, too, and this honesty is one of Tom’s favorite things about her even though it often hurts. 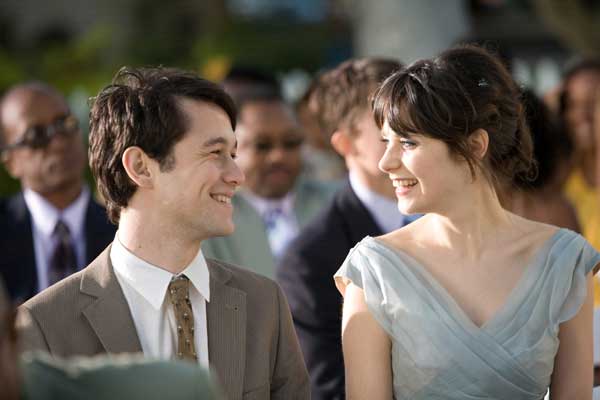 She and him hate words like boyfriend or girlfriend because, really, no one knows what they mean.  They’ve realized that there are no clear definitions for any of these matters and that to define them would be juvenile.  Despite this, it seems like they might be made for each other.  They’re sleeping together regularly and having the fun times that only people who share a special bond can have.  Summer has even begun telling Tom things that she’s never told anyone else.  What else is Tom supposed to think?

It may all sound familiar, but the film has something most romantic comedies lack – structure.  (500) Days of Summer refers to the 500 days that Tom and Summer developed their relationship and the movie skips back and forth from their relational ups and downs, each event informing another whether it be Day 58 or Day 398.  The whole story is told strictly from Tom’s perspective and we see firsthand how his expectations for what a relationship should look like clash with the (sometimes) bleak reality of what ultimately comes to fruition. 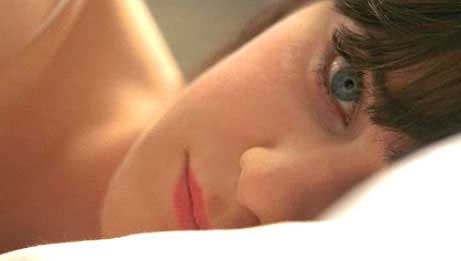 Still, whether its Day 169 or Day 427, Tom and Summer never really know what they want out of being together.  Is it companionship?  Is it sex?  Or is it simply someone to scream “PENIS” with in the park at the top of your lungs?  Perhaps its all three. The reason why they’re constantly floundering in indecision is clear: their definition of what it means to be together has been skewed not by bad experiences with other companions but by sitcoms, pop songs, greeting cards, and romantic comedies.  All Tom wants is a bit of emotional honesty and that’s something that can only rarely be found.

Joseph Gordon Levitt and Zooey Deschanel are radiant as Tom and Summer, although its possible that Deschanel will never give a better performance than she did in David Gordon Green’s All the Real Girls.  Even so, the script lets the actress keep her undeniable quirkiness and even makes room for her to sing a song – a blessing for fans of She & Him who can’t get enough of her singing voice.  Levitt and Deschanel make an attractive couple for sure, but it also helps that they look like real people. 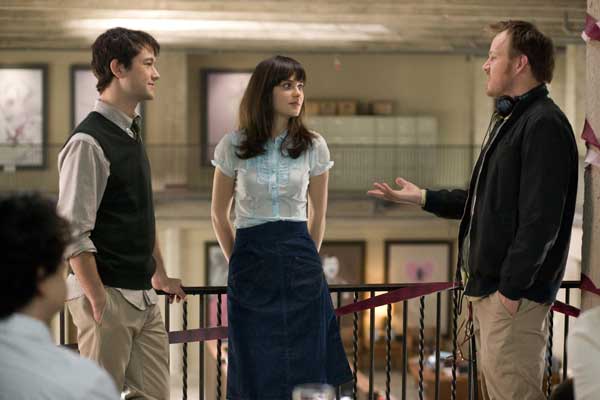 Following the screening I attended, director Marc Webb described the style of the movie as “kitchen-sink.”  There’s no better way to describe it.  There are nods to Truffaut and Bergman, a musical sequence complete with an animated bluebird, characters sometimes break the fourth wall, and the poppy soundtrack seems to dictate the film’s movements and not vice versa.

I’m tempted to say that the script’s problems are rendered null by the end of the film.  I found two character’s particularly annoying – the clichés of “smart little kid” and “crazy sidekick friend” are a bit overused – but the charm of the leads and the unexpected ending made me forget these.   Beginning to end, the movie presses forward with an earned amount of whimsy and is void of the self-conscious Indie culture references that plagued Juno and riddle the screenplay of Nick and Norah’s Infinite Playlist.

There’s a lot of hope at the end of this film – it will leave audiences with a smile – but the last five minutes offer a promise of happiness that seems different from the happiness strived for in the first 90.   This unexpected twist is just one of the many things that make (500) Days of Summer an experience-laden ode to those disorienting times when happiness seems just within your grasp and the work that must be done to finally claim it as your own.  Like When Harry Met Sally and Annie Hall, I think (500) Days of Summer will be sticking around for a while.