I’ll admit from the start that I don’t quite know how to write about Joel and Ethan Coen’s new film A Serious Man, but I’ll begin with a few things I know for sure.  I know that this is a hysterically funny movie and that it made me laugh so hard that my stomach started to ache.  I know that it is very personal on the part of the filmmakers and that it is perfectly executed for just that reason.  I’m confident that it achieves a polished completeness and finality that many directors only dream of.

But do I understand it?  I wish. 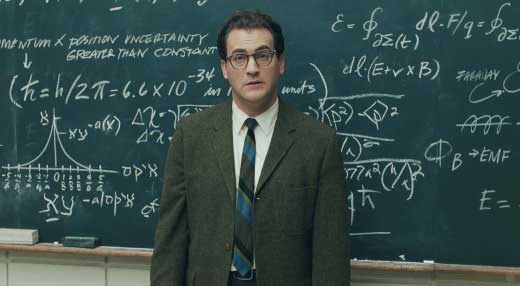 Here’s the rundown: life is unraveling for physics professor and generally good man Larry Gopnik.  His wife Judith is having an affair with an aloof family friend and wants a divorce. His brother Arthur (Richard Kind) is emotionally and physically incapable of living alone and spends his nights in Larry’s living room.

The Gopnik children, Danny and Sarah, are pilfering cash from their father’s wallet to buy pot and save up for a nose job. There’s an anonymous person writing nasty letters to the university to tarnish Larry’s good reputation and destroy his chances at tenure.  An unhappy graduate student is attempting to bribe him for a better math grade with an envelope of large bills.

Distraught and terribly confused, Larry sets out on a quest to find some balance to the chaos.  A devout Jew, he’s advised by his friends to talk to the Rabbi.  He consults three and they all have different non-answers.  Temptations arise, questions go unanswered, doors get slammed in his face, and Larry is confronted with many a harrowing choice, each one compounding the mystery of the Coen brothers’ latest existential riddle. 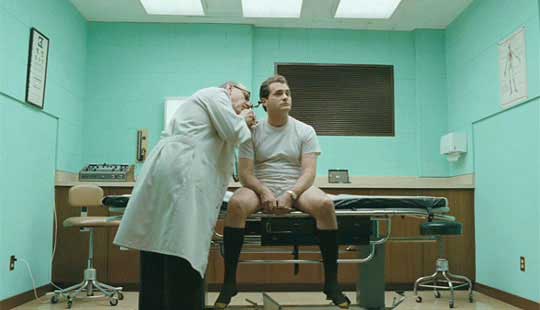 Larry gets a checkup

characters put in situations that easily reach a level of gleefully deranged poeticism.  Here we have messages written on the back of people’s teeth, a Rabbi who quotes Jefferson Airplane, and a perpetually drained cyst all working to prove yet again that these filmmakers specialize in their own brand of niche comedy.

Newcomer Michael Stuhlbarg imbues Larry Gopnik with a jittery, painful unease that makes his strife even more relatable.  His character shares many similarities to William H. Macy’s character in Fargo, but whereas Jerry Lundegaard caved to criminal activity under the crushing weight of self-pity, Larry Gopnik chooses to fight it out and make the most of his ability to choose.  It’s a delicate balance and Stuhlbarg pulls it off beautifully.

In typical Coen fashion, the supporting characters nearly steal the show, particularly Fred Melamed who plays Sy Ableman, the agonizingly serious and overbearing family friend who has stolen the heart of Larry’s wife.

Sy Ableman is the kind of friend who thinks it advantageous to uncork a Bordeaux and have a polite chat with Larry about how his marriage should end.  His throbbing, earnest insistence is completely riotous as he suggests that Larry move out of the house to a local motel called the Jolly Roger. “Larry, Larry, Larry,” he intones, “I think, really, the Jolly Roger is the best course of action.  It has a pool.” 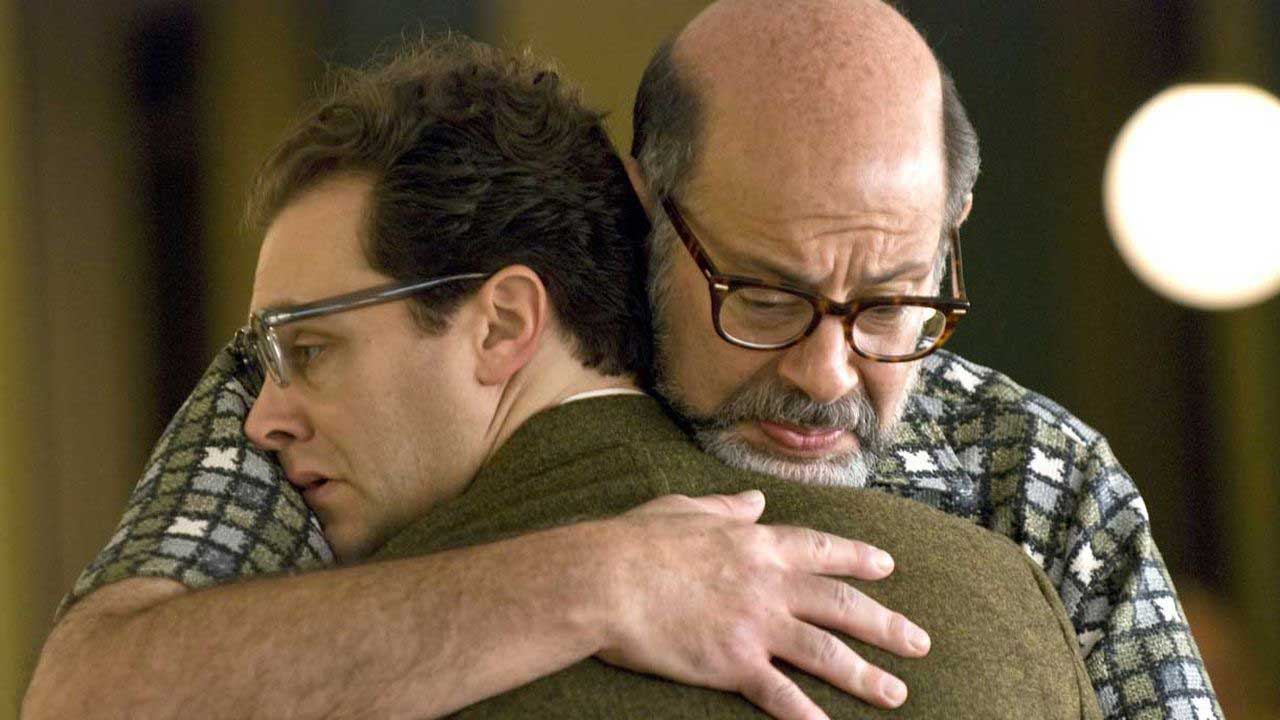 The story is set in the 1960s and lensed impeccably in sharp focus by veteran cinematographer Roger Deakins.  Nothing is amiss in this film and each dramatic and comedic note is pitch-perfect.   The characters in the absurd world of A Serious Man fit the film’s structure like puzzle pieces.

Still, when we step back to view the whole puzzle, it’s hard to be sure what exactly it is.  If you took one piece away, the whole structure would fall, but like any truly great piece of art, multiple questions are necessary to interpret why everything fits.

For example: Why does Larry Gopnik suffer so much? Is it as a result of something he’s done?  Does he need to make better choices?  What does it mean to be a good man?   Could Larry ever achieve it?  Is it possible for anyone to be truly good?

What can we make of the film’s spare hopeful moments, including a startling intrusion of grace just before the final act?  Are these tiny shreds of common grace sufficient to make life worth living?  And how does that darned Jewish fable at the beginning of the film relate to the rest of the story?

Much has been said of how A Serious Man is a retelling of the Biblical story of Job, that pitiable saint put to the test by the devil to see if he would deny God.   Nearly drowned in raging waters of uncertainty, Job had the courage to say of God, “Though he slay me, yet I will trust in him.”  Whether you think this wise or foolish, the Coens appear to have a more secular course of action in mind.

The film begins with a proverb from Rashi: “Receive with simplicity everything that happens to you.”  Is this the blanket answer to all the questions of A Serious Man?  I think the auteurs behind it would say yes – and even though it seems like a terribly simplistic retort, they should be applauded for finding a strangely funny, very dark, and surprisingly human way to announce it.