I have a confession to make. You know those Star Wars fanatics, the ones who have shrines full of action figures, act out scenes from the movie in full Jedi regalia, and can tell you the exact shade of red paint used for the call sign on the cockpit of Luke Skywalker’s X-Wing? Well I used to be the Aliens version of that. I’ll spare you the gory details, but suffice to say, I was hardcore.

So I was prepared to give the newest installment in Fox’s science fiction horror franchise the greatest benefit of the doubt humanly possible. Sure, the last Aliens vs. Predator flick was a neutered PG-13 mess, but I had heard good things about this one. Good things. I’m not sure who it was who told me those good things, but I need to go find them and slug them in the face.

I know exactly how this was pitched to the studio execs: “Aliens fighting Predators in suburbia.” That doesn’t sound terrible, but it is. Rather than emulating the rich cinematic history of its respective franchises (Alien, Aliens, and to a lesser extent Predator, are some of the greatest science fiction films ever made), the film is content to become a lukewarm mixture of slasher films and disaster flicks. In other words, it’s like Freddy Vs. Jason meets The Poseidon Adventure. 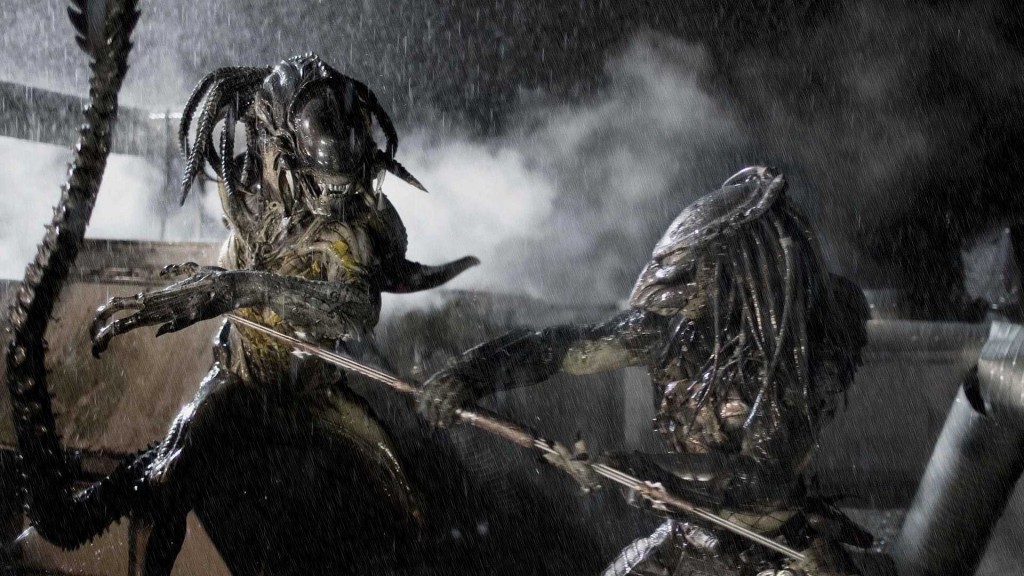 The actors are given nothing but clichés to work with, and most of the time those don’t even pan out. Reiko Aylesworth (of 24 fame) and the unknown Johnny Lewis are the standouts, but you spend most of the time pitying them for having to force out lines like “People are dying…we need guns!” The script, by Shane Salerno, is sub-par high school quality work, as in I was writing better screenplays than this when I was 17. Apart from the insipid dialog, character arcs are begun and then promptly forgotten, and plot points are seemingly crammed in for giggles (why is the Predator going to so much trouble to erase evidence? How does the military know they have to nuke the town? Why am I still sitting here watching this?). The directors (pretentiously billed as The Brothers Strause), who have a rich history of visual FX work (X-Men, Fantastic Four, Constantine, you name it), go to great lengths to prove to the world that an FX-supervisor does not a good director make. The film is very pretty and the monsters are fully adequate (especially a Predator-Alien hybrid), but everything else is disposable. When will Hollywood figure out that big explosions and fancy effects are worthless outside the context of a decent story and characters we can care about?

I’m not willing to blame Salerno or the Strause brothers fully for this candy coated debacle masquerading as a film. In fact, I think you’d have to try very, very hard to write a script as craptacular as this one. Instead, the whole affair is indicative of the lack of respect Fox has for both its franchises and its audience. Cobble together a moldy turd and give it a fresh coat of paint and the fanboys will come flocking, no matter how much the dung stinks, seems to be the modus operandi. Aliens deserves better than this, and so do the fans. 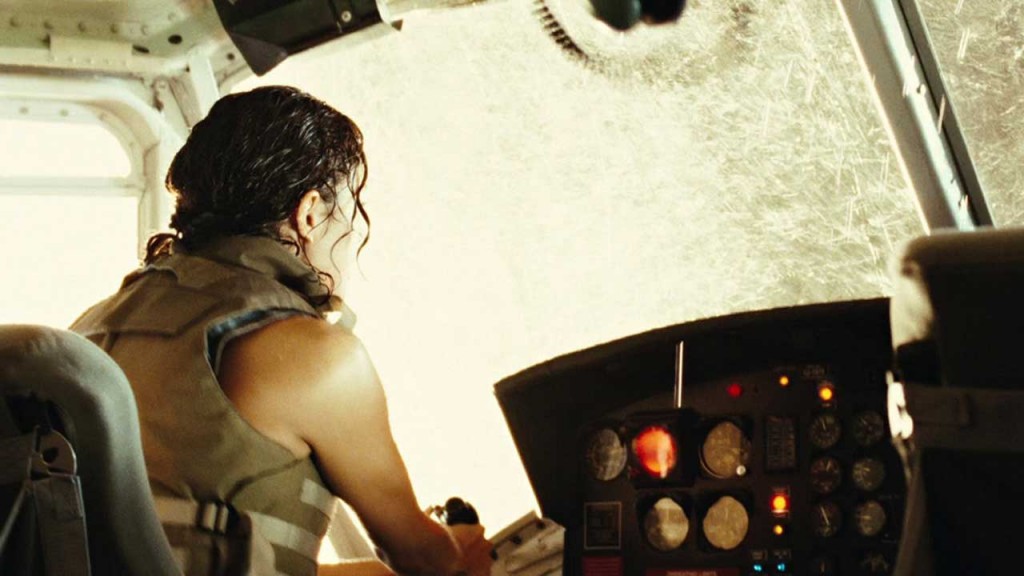 One final, disturbing observation. I’ve noticed that horror films of late, especially bad ones, keep trying to push the boundaries on what is acceptable, as if horrific gore was somehow a substitute for genuine scariness. 30 Days of Night did it when they turned a child into a vampire and then chopped its head off. The offending scene here involves a hospital birth ward, pregnant women, and the iconic chest bursters that John Hurt made so famous in the first film. It’s not scary, it’s just twisted, and says more about the integrity of the creators than anything else. You can practically picture how pleased the directors are with their ‘edginess,’ but the entire scene just reeks of poor taste. Seriously, what’s the next step? Aliens mauling Alzheimers patients at a nursing home? Predators ripping apart the shortbus?

As you may have been able to ascertain, I don’t recommend this for anyone. Not the fanboy (that’s me, and I hated it), not the gore hound (see Hostel for the nth time instead), and not the sci-fi horror aficionado. On second thought, I do have one person I would recommend this to: the budding screenwriter desperate to figure out how not to write a sci-fi horror script. If you’re that person, rent this immediately.