Elegantly shot and with a luscious, almost dreamy feel – as if we bear silent witness to the inner workings of protagonist Jenny’s sixteen year old fantasy world – director Lone Scherfig’s An Education is a visual wonder to behold at times. The film is draped in period lucidity (set In the post-war, pre-Beatles London suburbs according to the official Sony press release) while also dripping with a fantastical cinematic fluidity – as if we have been dropped into the perfect incarnation of early 1960’s London while also are assuredly watching an imaginary filmic version of that same said early 1960’s London. Scherfig, whose most well known work is the sentimentally acerbic, but not overtly cinematic, Dogme entry, Italian For Beginners from nine years past, creates a mood here with her camera that shows specks of the visual pinings of both Scorsese (when he’s not riddling his whirling dervish camera with blood) and the enigmatic portraitist Wong Kar-wai. In essence, a sumptuous dewey-eyed look at the innocence (or seeming innocence) of long ago days.

Unfortunately, once one goes beyond the delirious decor and blooming lyrical vision of Scherfig’s kino-eye (and I suppose one must at some point), the film falls rather fast and hard into the easy trap of cliche. The innocent wide-eyed schoolgirl. The wolf-like charming older man smooth-talking his way past all obstacles. The hapless and quite clueless father. The caring teacher trying to talk sense into her favourite pupil. The hard-as-nails head mistress. Though based on Lynn Barber’s memoir (and in theory a true-ish story) all the obvious routine is here throughout. One can easily blame screenwriter Nick Hornby (Fever Pitch, High Fidelity, About a Boy). We could shake this off as Hornby’s first attempt at adapting someone else’s work (his three previous scripts all doctorings of his own novels) but that would be too easy as well. Hornby certainly has a way with turning a witty phrase or creating implausibly interesting characters in his work, but his depth is usually mere surface scuttle. 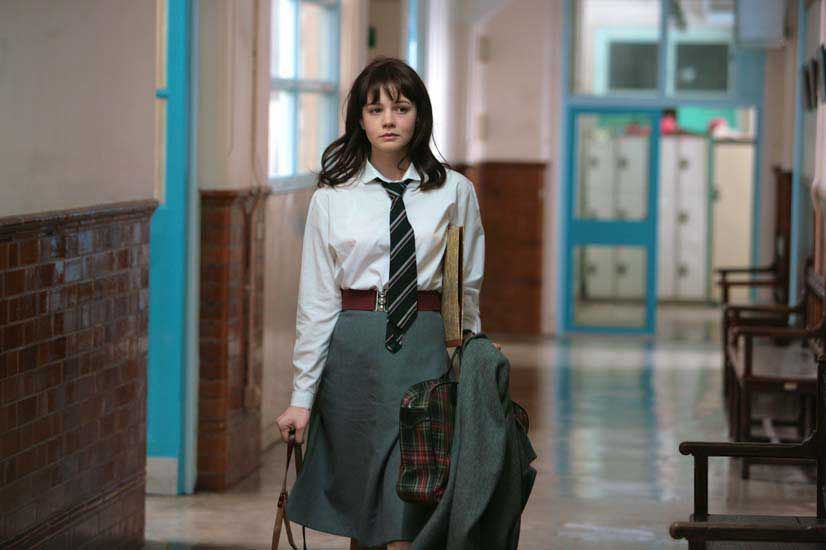 Fortunately, once one goes beyond the cliche (and one must certainly go back to the fortunate of this motion picture), the film gains strength not just in the ambrosial aspects of Scherfig’s (and cinematographer John de Borman, whose work on Hideous Kinky foretells of the sublime palette of this film) movie, but in the body of its cast. Peter Sarsgaard as the slick older man and Alfred Molina as the pompous but endearingly so bumfuzzled father are both superb in their polar opposite ways, but it is newcomer Carey Mulligan who simply and sincerely runs away with this picture. The lovely Mulligan – part Audrey Hepburn, part Michelle Williams – swells with a quiet grandeur in the role of Jenny and raises the film surrounding her well above the aforementioned surface scuttle of Hornby’s writing. Though Scherfig directs with an ever-roving eye toward a certain cinematic pulchritude, and achieves something akin to (pardon my own cliche, but…) visual poetry, this is Mulligan’s film inside and out – and as I mentioned before, she simply and sincerely runs away with it.