There was a time when Disney was on top of American animation. Heck, they were American animation (at least on the big screen) until about 1966, when Walt died. Then they began to lose their way and lost market share to Don Bluth (who left Disney with a bit of a chip on his shoulder), Dreamworks and Jeffrey Katzenberg (who left Disney with an enormous chip on his shoulder) and Pixar (who almost left Disney with big chips on their shoulders). And despite a very brief (and very over-heralded) renaissance in the late 80’s and early 90’s, they’ve found themselves scraping the bottom of the barrel in recent years, churning out the obligatory Talking-CGI-Animals-with-Celebrity-Voices movies that are just as bad as those of their countless imitators.

It’s been a difficult time for those of us who still believed the House of Mouse was still capable of greatness (I count myself as one of the few people who loved 2002’sTreasure Planet), but two years ago, hope appeared on the horizon. After a brief spat with those new animation titans, Pixar Animation Studios, Disney purchased them through an all-stock transaction, making Pixar stockholders part-owners of Disney (and giving Steve Jobs, Pixar’s largest stockholder, the largest single-owner share of Disney). The result? Pixar execs were put on the Walt Disney Co. board of directors, and hence partially in charge of production. 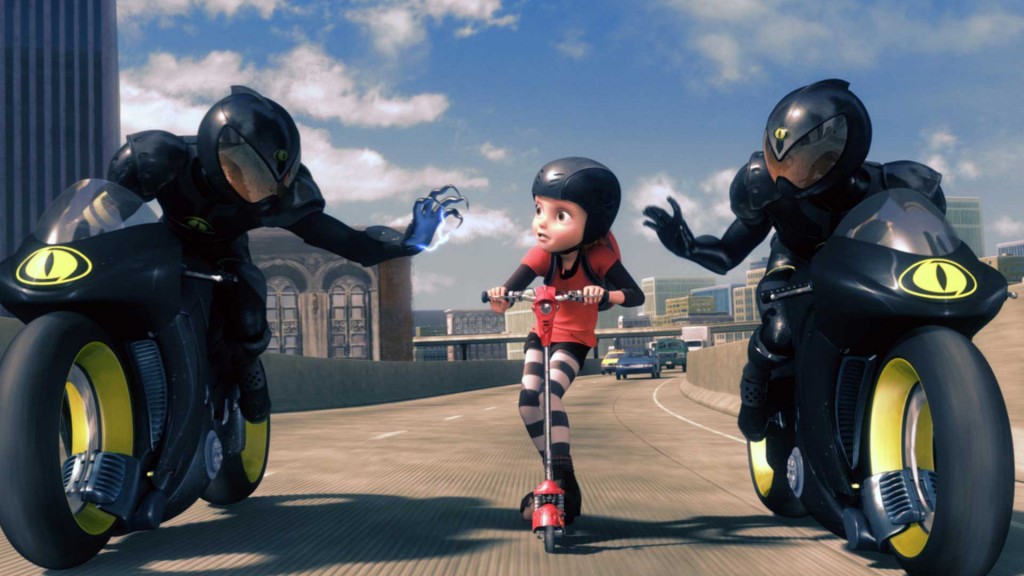 It was a change that’s been good for everyone. It may seem a bit strange that Disney had to be reminded of the art of animation by their own protégés, but it’s emphatically the case (as Boltproves — but then, I’m getting ahead of myself). It’s an oversimplification of course, but what it comes down to is this: Disney was a company that had ballooned far beyond what it was ever supposed to be, and had been run by bean counters far too long. What it needed were dreamers who believed in the power of art, and when it merged with Pixar, it got several (not the least of which was Jobs himself).

One of these was John Lasseter, the director of Toy Story, A Bug’s Life, Toy Story 2, and Cars, who joined the Bolt project as producer in 2006. When he came aboard, he revamped the story, replaced several characters, fired the original director (Chris Sanders of Lilo and Stitch fame), and then told everyone to finish the film in a year and a half (it was supposed to take four).

Let me assure you that all this tough love was well worth it. 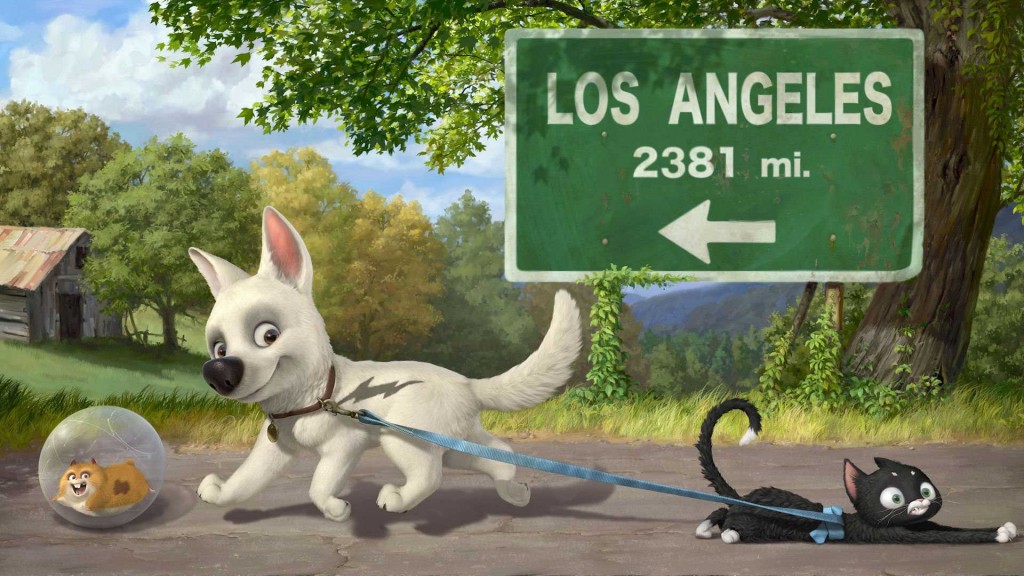 Bolt is the first film to emerge from the new, Pixar-ized Disney, functioning as a manifesto to the world — sort of a “here’s-what-we-can-do, here’s-what-you-always-knew-we-could-do.” I’d be lying if I said I was anything less than enthralled from start to finish by this film: I honestly can’t remember the last time I laughed — or cried — so hard at a movie (WALL-E comes close, but I won’t open up that can of worms just yet). It’s not exactly a landmark artistic achievement, but it is a nearly flawless little family comedy — a testament to what animators can accomplish when they actually buckle down and work hard on making a quality product.

The story is a tried-and-true one, and really not that far removed from some of Lasseter’s other projects: Bolt (voice of John Travlota) is a dog who acts on a television show where his character has superpowers, and in order to ensure that he exudes authentic emotion, the producer leads him to believe that everything in the show is real. When an episode ends with a cliffhanger wherein his young owner Penny (voice of Miley “Disney’s Latest Tween Goldmine” Cyrus) gets abducted by the villain, he breaks out of his trailer and goes on a series of misadventures in an attempt to save her.

So it’s not anything new plot-wise (show me one movie that is), but it’s how meticulously crafted it is that makes it such a refreshing, thrilling treat. The first thing you notice about it is how in touch it is with the medium of animation — something Disney’s films have lacked in the recent past. Fundamentally, this is a film that gives animators free reign to do whatever they want with their medium, and it ends up being a film that could only have been animated. There are numerous nods to everything from Looney Tunes to anime (the biggest influence is probably Steven Spielberg’s 90’s cartoon Animaniacs — right down to the alley cat who sounds vaguely like Bernadette Peters [but, for the record, is actually voiced by Susie Essman]), but they play as homages and studies, not rip-offs or lamely ironic references. This all combines with a visual style inspired by Edward Hopper paintings (making it much less of an eyesore than, say,Madagascar 2).

The second thing you’ll probably notice is just how funny all of it is. Once Rhino the hamster (voice of animator Mark Walton) shows up, you know it’s going to be one hilarious film. The repartee between the characters — Bolt, his cat hostage, and his hamster sidekick — is both well-written and seamlessly acted, and you can’t help but get involved emotionally as Mittens the cat tries to show Bolt the truth about himself, Bolt tries to deny it, and Rhino remains oblivious to it all. This is all backed by an excellent score from John Powell, which hits just the right note between family-film sentimentality, primetime bombast, and 21st-century irony. 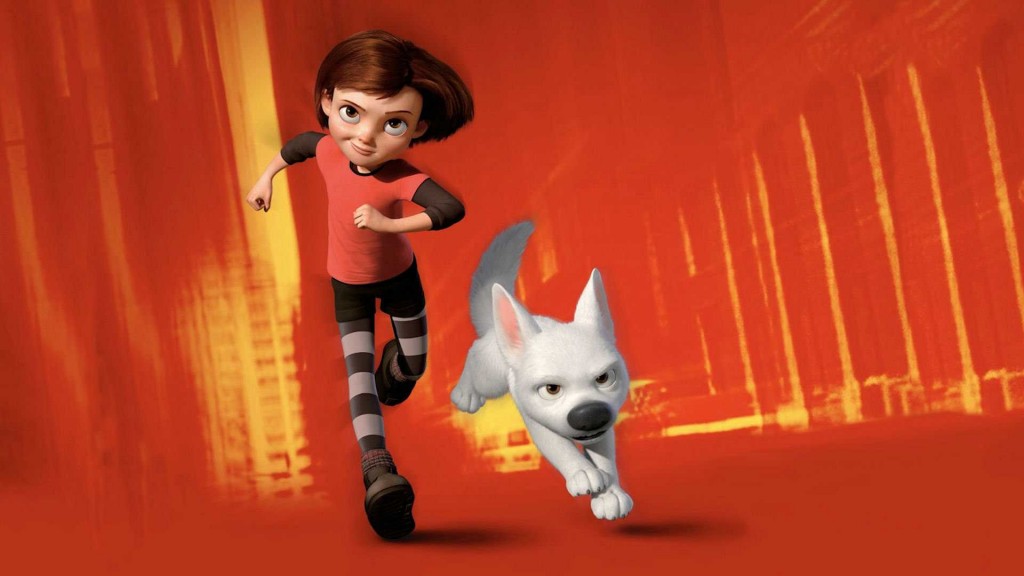 Fundamentally, though, what will stick with you about Bolt is how refined its storytelling chops are. The contrasts and tensions within this film run deep: between the frantic and the calm (it’s neither an overly hyper mess like Chicken Little nor a stodgy morass like Brother Bear), but also — and more importantly — between that which is real and that which is illusion. It’s fitting that the de facto villain here turns out to be a Hollywood agent (Greg Germann of Ally McBeal) whose entire existence revolves around communicating badly in order to further his career. As Bolt learns to turn away from his fantasy life and live in the real world, with real friends and real meaning, it becomes clear that this is really just a metaphor for the transition Disney is going through right now.

More often than not, it feels a bit fake when a major Hollywood studio so conspicuously rejects commercialism, but given the circumstances, it seems genuine — particularly coming on the heels of WALL-E, which was similarly themed, but quite a bit less subtle about it. (I know someone will criticize my five-star rating, particularly in light of WALL-E’s status as a critical darling, but the fact is that Bolt is at least as successful as Pixar’s space opera, even if it is somewhat less ambitious.) Bolt is truly Disney’s manifesto — an explicit rejection of their recent past, and a declaration of an intent to build something better than the hype-’n-product factory they’ve been as of late. What’s truly exciting about it, though, is that it’s obvious that even better things are yet to come — particularly next year, when The Mouse reinstates traditional cel animation with The Princess and the Frog. When that one is released, I’ll be sitting front row center.