J.J. Abrams is a producer who’s made a career out of convincing American audiences that his productions are a whole lot deeper philosophically than they actually are. From the reheated spy drama of Alias, to the pretentious mess of audience misdirection known as Lost, to (now) his first major motion picture (as producer) Cloverfield, Abrams has no shortage of ideas that would have been cutting-edge about ten years ago. Don’t get me wrong—it’s not that Cloverfield is a bad film; it’s just that, for all the pomp surrounding it, it’s shockingly vanilla—not to mention hard to watch and even harder to care about. 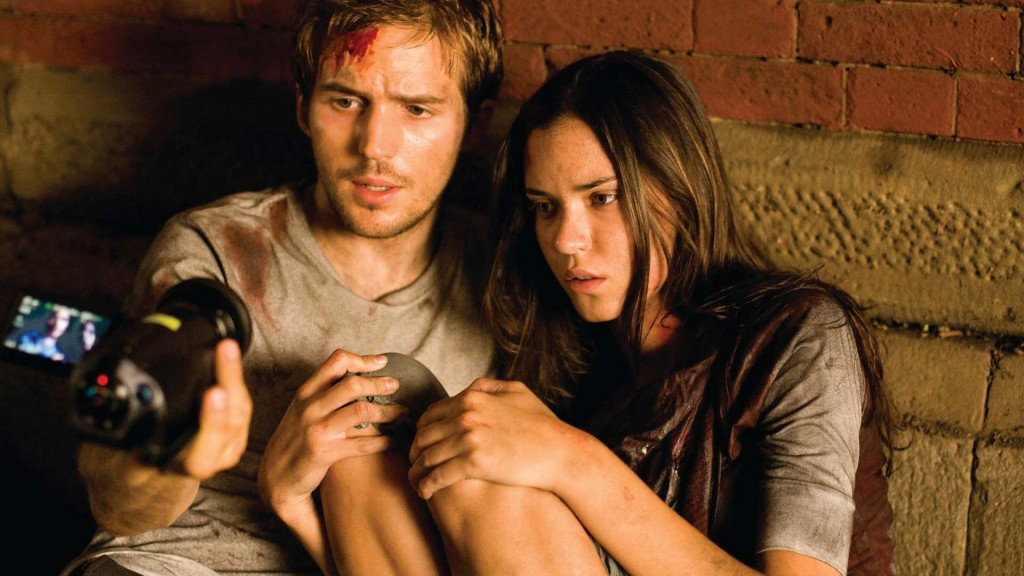 I’m sure that people are going to come down pretty hard on me for reacting so negatively to this film, but the truth is, it’s got the exact same problem that Lost has—Abrams is convinced he’s stumbled onto something really profound—and to be blunt, he hasn’t. There’s exactly one original idea in Cloverfield, and it’s the premise of the film: instead of being filmed like a normal movie, it’s all done on a home video camera that one of the characters was supposedly carrying. (Needless to say, this idea is thought-provoking and clever—if the title of your film happens to be The Blair Witch Project.) Without this small difference, I assure you, you’ve seen this film dozens of times before. Is it painful to sit through it the fiftieth or sixtieth time? Well, not really—but why would you want to?

The story goes something like this: A New Yorker (Michael Stahl-David) is leaving for Japan to pursue his career, so his friends throw him a bon voyage party. One of them is filming it to collect the best wishes of all the guests. Then without warning, NYC is attacked by a giant monster. The camera-holding friend films what follows, and we get to see his footage. It’s not a bad premise, but it has a fatal flaw: nothing interesting happens. At all. For the rest of the brisk 85-minute running time, we’re treated to a story that’s been the old Hollywood standby since the disaster movie was invented: a boy goes into the heart of danger to rescue his trapped girlfriend. Are you excited yet? 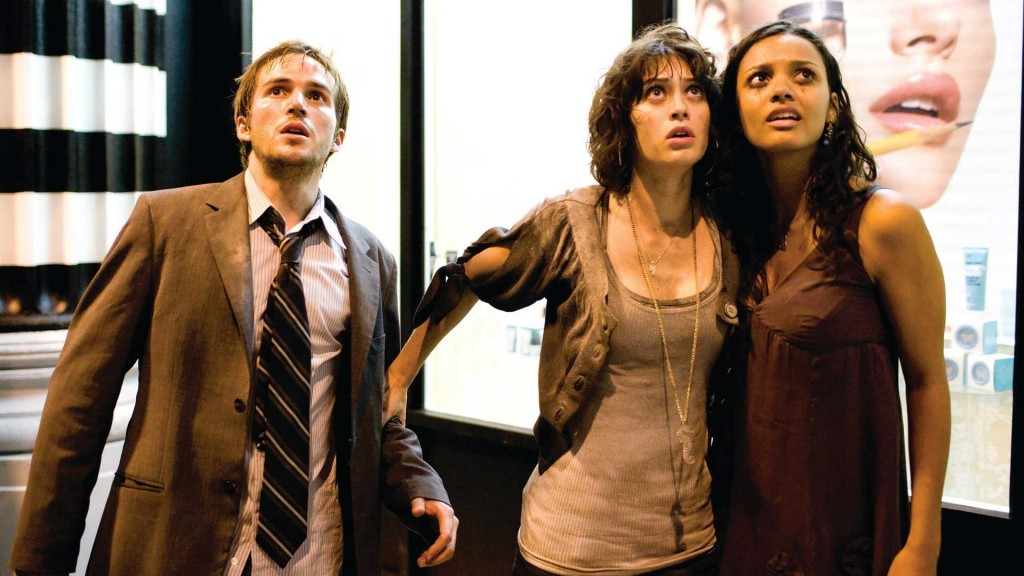 B-movies of this type—monster flicks, disaster pictures, alien invasion movies, whatever—generally have one fundamental choice: is it going to be a special effects picture, or is it going to focus more on the characters? I won’t take sides in that debate—there are examples of both approaches that are good films, and there are even some films that do both well. The problem with Cloverfield is that it does neither well—and in a sense, its very approach precludes this. On the one hand, the intentionally shoddy camerawork means that we never get to enjoy its excellent special effects (and I’ll be the first to admit that they are excellent); on the other, the fact that it all takes place within the space of an hour or two means that we never really get to know the characters. They’re all basically shadows of stereotypes: the plucky hero, the bumbling comic relief, the extra friend who gets killed off early, etc.Cloverfield tries to make up for this somewhat by positing that its videotape was a previously-used one—so occasionally, when the camera fails, and we get a scene from earlier in the characters’ lives. The problem with this is that these flashbacks don’t actually reveal anything.

Cloverfield really wants it both ways—it wants you to believe it’s a genuine tape of a monster attack on New York, but it also wants to be a compelling story and show off its special effects. In attempting this balancing act, it fails at both. The important scenes too often fade into the background noise, and the novelty of seeing things “firsthand” wears thin rather quickly (if you want to know why this usually doesn’t work, watch Robert Montgomery’s 1947 noir Lady in the Lake sometime—if you can make it all the way through). At the same time, they’ve Hollywood-ized the whole thing far too much—the perfect lighting, the perfect hair, the way time is truncated exactly how it would be in a cutting room (go figure)— for it to be believable as documentary. It’s too realistic to be a film, and too much like a film to be realistic. The end result is that it comes off as an fairly obvious stunt—one that’s impressive enough, but not much else. 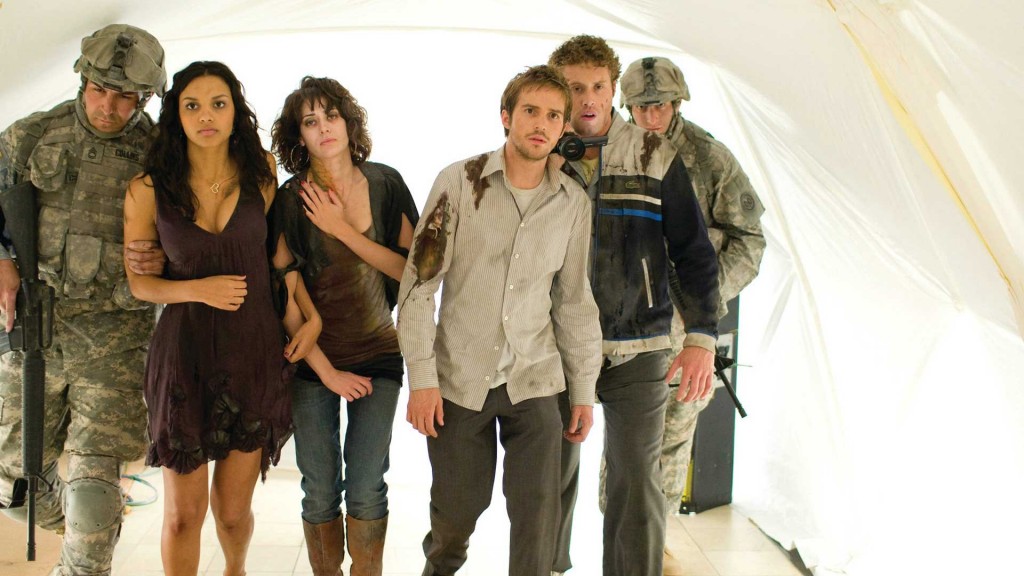 For some reason—and correct me if I’m wrong—it’s always horror films that get made as fake-documentaries. Cloverfield is the latest birth in a somewhat crowded family—its daddy is Blair Witch and its red-headed step-brother is Diary of the Dead. The difference between Cloverfield and the other two, though, is that they used their respective setups to actually mean something (both functioned as intriguing examples of metafilm—though each takes a very different approach to it). Cloverfield is content to be a gimmick—albeit one that manages to more-or-less sustain itself over an hour and a half. You won’t regret watching it, but you probably won’t remember doing so for very long.