It is literally impossible to overestimate the influence George A. Romero has had on modern cinema. His directorial debut, Night of the Living Dead, not only single-handedly created both the exploitation film and the zombie film; it also single-handedly redefined the word “zombie.” You can look this up: “zombie” used to specifically refer to a corpse reanimated by a voodoo priest. Then Night of the Living Dead came along, and so many imitators sprang up that a genre was born, which, apparently for lack of a better term, was dubbed the “zombie movie.” (Feel free to use this bit of trivia next time your horror-fanboy friend complains that 28 Days Later isn’t a “real zombie movie.” To find a “real zombie movie,” you might have to go all the way back to RKO’s 1943 masterpiece I Walked with a Zombie—but, of course, I digress.)

The question is: where do you go from creating an entire genre—not to mention an entire market? (The drive-ins of the 60’s and 70’s would have had virtually nothing to show without the Dead imitators.) For Romero, the answer was to make a bunch of sequels. Now, in all fairness, Romero waited a whole ten years after 1968’s Night before releasing 1978’s Dawn of the Dead; then he waited another seven years (are you keeping track?) before 1985’s Day of the Dead. This, of course, was followed by Afternoon of the Dead, and then Evening of the Dead, and, of course, Night of the Even More Deads.

Nah, of course I’m just kidding. Romero intended Day to be the last of the series—probably because “Dead Trilogy” is a lot catchier than “Dead Tetralogy.” But—like all filmmakers who achieve success far too quickly (cf. Sylvester “Rocky” Stallone)—he’s been haunted by his first success ever since (and if you think it’s easy or fun to be haunted by zombies, you obviously have a lot to learn). The result was a third sequel in 2005—Land of the Dead (fun fact: a working title was Dusk of the Dead). But—apparently—this wasn’t enough, and a mere two years later, he’s treating us all to what fanboys normally call a “reboot.” 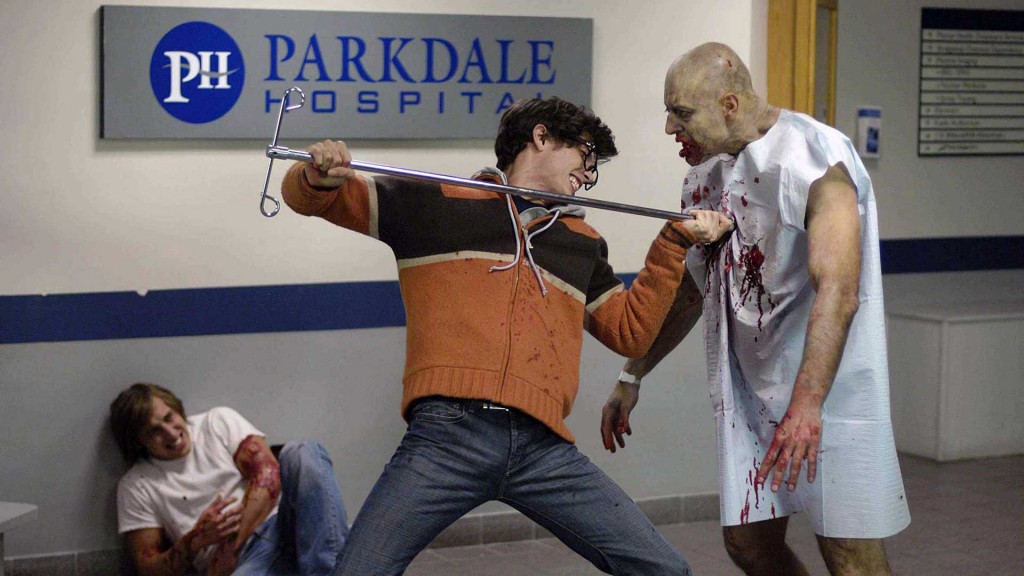 That is to say, Diary of the Dead isn’t a sequel in the traditional sense. It portrays the initial zombie outbreak that occurs in Night, only it sets it in the present day, with an added twist: the footage used in the film was all purportedly recorded by a group of film students being chased by the zombies.

I can almost hear people scoffing already—“That’s been done before!” Well, yeah. It’s been done before—exactly twice. Once in The Blair Witch Project, and once in Cloverfield—and technically, Diary actually beat Cloverfieldto release with its September 8th premier at the Toronto Film Festival. It’s also worth pointing out that this approach fits the themes that Romero is exploring exceptionally well.

Wait, themes? In a zombie movie?

Again: well, yeah. Those who watch zombie flicks for the guts tend to be either unaware of or apathetic towards the fact that Romero’s groundbreaking Dead series—like all “good” B-movies—has always been at least as much about social commentary as gore; Romero has always been a “serious” director trapped in an exploitation director’s body. It’s impossible to watch Night without viewing it in the context of the racism and social unrest of the 60’s;Dawn was a thinly-veiled polemic against consumerism; Day was a complaint against the Reagan administration; and Land was basically Fritz Lang’s Metropolis, but with more zombies. Over the years, Romero has gone from being a director who makes horror films peppered with social commentary to one who makes social commentary films peppered with horror—to the gratification of some and the annoyance of others. Which side you fall on will probably determine how you feel about Diary of the Dead.

Having (presumably) become bored with economics, Romero has, with this latest entry, set his sights on the YouTube generation. Diary of the Dead is a film that explores the implications of the media revolution, questions the relevance of the mainstream news services, and challenges the value of the blogosphere. Diary is made up of footage filmed on a digital video camera and a cell phone, then edited together with news footage and some very moody commentary provided by Michele Morgan. This gives it a much slower pace than the average gore-fest—putting it much more in line with the original Night than with recent hits like 28 Days Later. It’s not exactly “scary”—it won’t have you on the edge of your seat a whole lot—but frankly, that’s kind of the point. 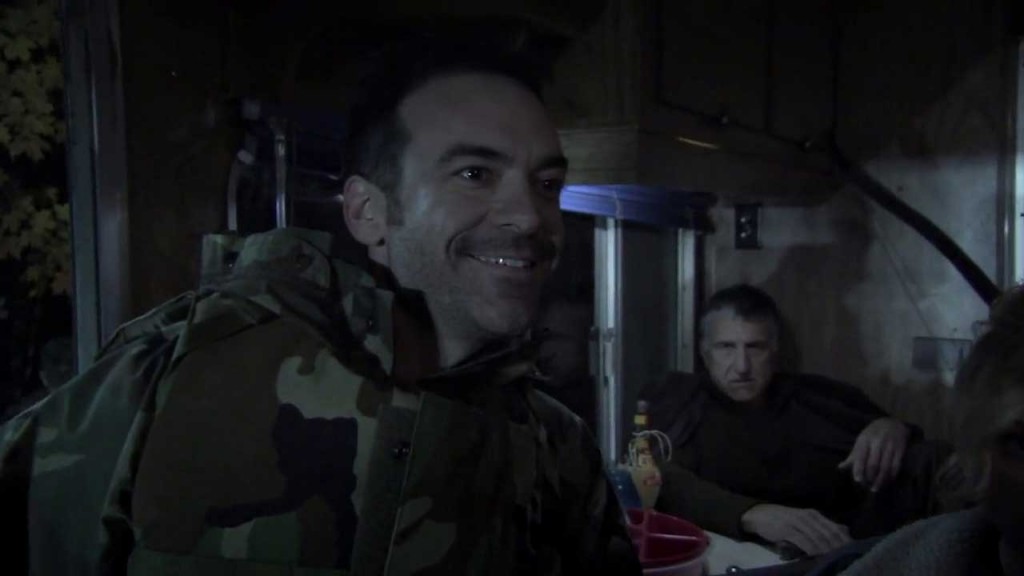 As that other master of shock, Alice Cooper, once astutely observed, it’s impossible to shock people living in a world with CNN. Night of the Living Dead was successful because it offered people something they weren’t getting from Hollywood and television: pure, unadulterated, shocking, bloody violence. Then came the imitators that clogged the drive-in circuit; then the “slasher film” cycles of the 80’s—bolstered immeasurably by the VHS market; then the “mainstreaming” of gore, when it made it into the multiplexes of the suburbs; then the democratization of filmmaking heralded—in part—by Blair Witch; and now 24-hour connectivity, where anyone can find absolutely anything they want to see—real or fictional, no matter how offensive or in poor taste it may be—on the Internet. Nightwas the film that made the media realize “shock” equaled “success.” But as more and more media outlets started yelling for people’s attention, trying to shock them, people inevitably got harder and harder to shock.

The same thing, of course, happened with the Dead series: Romero went from portraying a single house attacked by zombies (Night) to an entire shopping mall (Day) to the entire planet (Dawn) to…um…even more of the entire planet (Land). Where, exactly, was he supposed to take it next? Super-zombies? And maybe, for good measure, have them take over London? (Danny Boyle, you owe me for the idea.)

The end result, then, is that Diary is something of an uncomfortable compromise—sort of like the zombie movie genre’s equivalent of U2’s All That You Can’t Leave Behind—in which Romero attempts to peel away all the excess that the genre has accreted over the years—an admission, if you will, that he’s created a monster. Of course it’s not entirely successful in this—how could it be?—but its amateurish veneer belies its underlying ambition. It’s got something of a lo-fi, campy aesthetic about it that serves as a love letter to indie filmmakers and video bloggers—and may or may not turn you off. This is the sort of film I love—a slow, moody horror picture with a bit of humor and a lot of social commentary—but I don’t doubt that a lot of the usual zombie crowd will reject it, on the grounds that it doesn’t try to up the ante.

As if that were even possible.