Adapted from the play of the same name, Doubt commits the cardinal sin of stage-to-screen films: it fails to add anything of value. The cinematic trappings distract rather than enhance, and one is impressed that the picture pales in comparison to its in-the-flesh predecessor; breathing human beings, a stone’s throw from your seat, would grant the story an intimacy it desperately needs, an intimacy sorely lacking here.

John Patrick Shanley adapts the script from his own play, as well as directing for the first time in 18 years (his previous effort was – can you believe it? – Joe Versus the Volcano). Meryl Streep plays Sister Aloysius, a draconian nun who principles St. Nicholas in the Bronx circa 1964. She clashes with Father Flynn (Phillip Seymour Hoffman, Charlie Wilson’s War), a progressive parish priest, like oil and water. He suggests that Frosty the Snowman would liven up this year’s Christmas pageant; Sister Aloysius sees an endorsement of witchcraft; Father Flynn, in turn, is inspired to preach a sermon on intolerance; and so on and so forth. Sister James (Amy Adams,Enchanted), naivety incarnate, is the young nun caught betwixt their machinations when she reports on what may – or may not be – an inappropriate relationship between Father Flynn and St. Nicholas’ first black student. 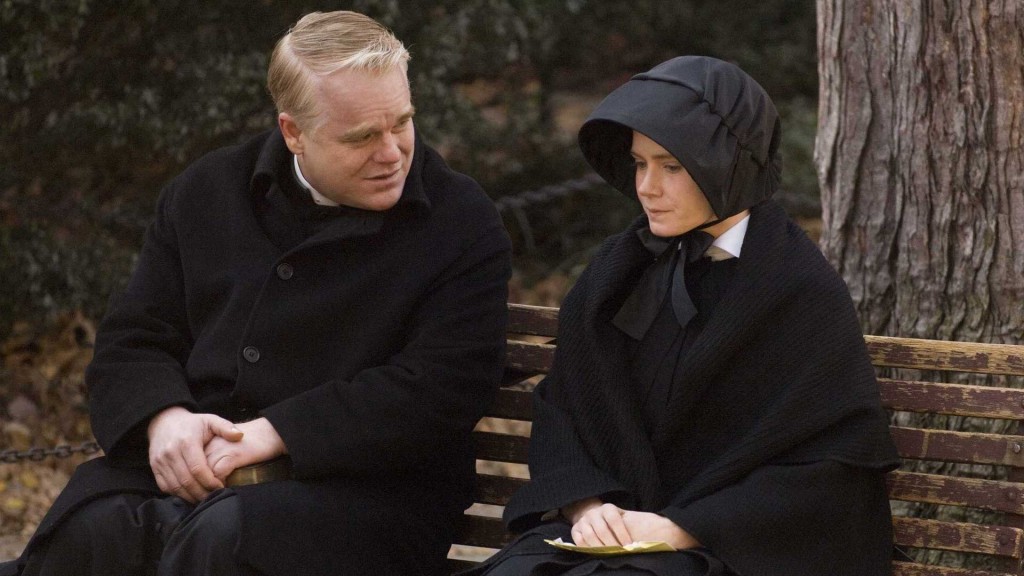 Shanley was not the best choice to direct. Faithful to a fault, he attempts to spice up (read: justify) his adaptation with copious dutch angles (when the camera is tilted diagonally) that prove exceptionally distracting. Obvious, too, are the visual metaphors and religious symbolism: an all-seeing eye in stained glass glares at Father Flynn; conspicuous Jesus shadows deck the walls behind characters; while Sisters Aloysius and James discuss how to bring down Father Flynn, a custodial staff brings in a dead mouse and the cat that caught it; and so on and so forth (the phrase ‘on the nose’ was invented for such situations). A more objective architect might have repurposed the material in compelling ways; Shanley just dumps a fresh coat of paint on a structure that was fine to begin with.

The top-shelf cast is enjoyable enough – who can say no to Streep and Hoffman going toe to toe? – and accolades are already showering down like manna from heaven, but the proceedings lack emotional heft. Although we’re told much is at stake (Father Flynn being outed as a pedophile), it never feels like it, due to the insular nature of the material. On stage, this is an accepted limitation: the audience’s minds, given only actors and dialogue and a few props, work to piece together the bigger picture that exists beyond the curtain. This limitation does not exist in film – you can show anything – and so when the major drama is  restricted to a single location and two characters, the audience will struggle to grasp the larger scope of things. They’re waiting, after all, for the director to show it to them.

Doubt begins to feel like a dollhouse,  artificial and insubstantial and emotionally distant, which is a shame given the caliber of its parts. The sum undoubtedly looked much better on stage than it does on the sliver screen.