This review was originally published on September 6, 2008.

Werner Herzog doesn’t make “normal” movies, and while that is a gross generalization, it’s also completely true in his case. The German auteur’s filmmography reads like an issue of Bizarremagazine (yes, it exists): violently manic actors, set pieces that almost killed large swaths of crewmembers, short films where he boils and eats his own footwear, and Bruno S., a mentally unbalanced street musician that Herzog discovered and cast as the lead in two of his films. InThe Grand, Herzog starred as “The German,” a poker player who needed to kill at least one fuzzy animal per day. You have to wonder if his performance was based on personal experience.

With all of that in mind, you know that Encounters at the End of the World, Herzog’s latest documentary about the Great White Continent and the odd souls who populate it, is not going to be about cuddly penguins bobbing around in the snow. Herzog says as much himself in the opening narration; when the National Science Foundation offered to send him to Antarctica, he made it clear he wasn’t interested in the breeding patterns of flightless birds. Instead, he wanted to answer questions like, “Why couldn’t a monkey ride a goat into the sunset?” His query is punctuated by, what else, a painting of a monkey in a cowboy hat riding a goat into the sunset. Seriously. 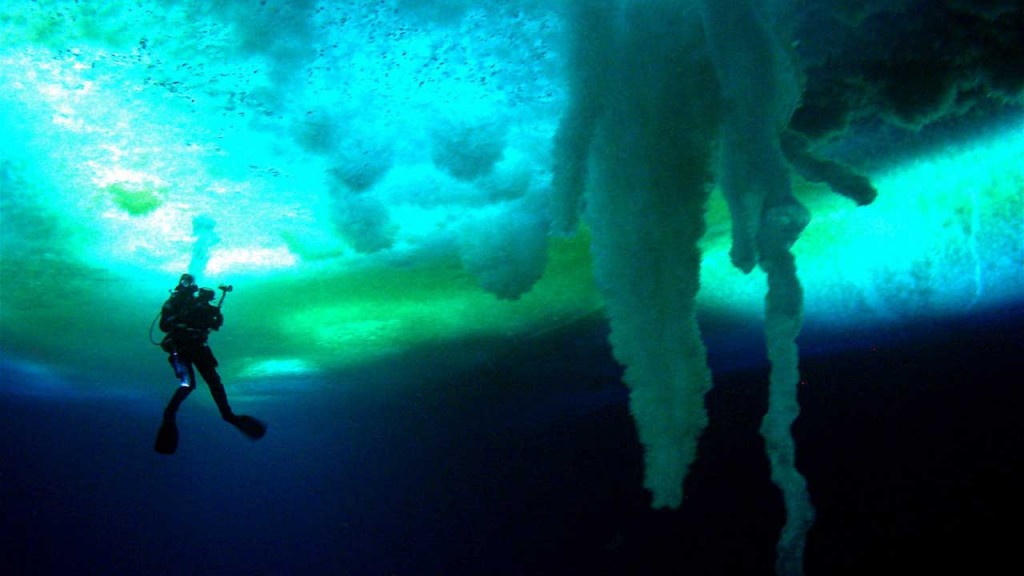 Herzog has always been obsessed with obsession, both his own and others. His films are meditations on ridiculous dreams that only make sense to the dreamer, but inevitably art begets life and Herzog and his films end up becoming as manic as their subjects. In Fitzcarraldo, a man dreams of hauling a steamboat over a mountain so he can monopolize an unreachable section of the Amazon river. During filming, Herzog actually hauled a 320 ton steamship over a mountain without the aid of special effects. It’s difficult to tell if Fitzcarraldo is a surrogate for Herzog’s obsession or if it’s the other way around. Encounters likewise blurs the line between documentarian and documented; it’s as much about the introverted penguin expert as it is about the man who is asking him if homosexual penguins exist.

Herzog, along with a lone cameraman, spent 7 weeks at McMurdo, a 1000 person strong outpost that looks like “an ugly mining town” and features “abominations such as an aerobics studio and yoga classes.” He provides off-the-cuff interviews with welders, linguists, horticulturalists, meteorologists, divers, and volcanologists, each subject being probed with not-so-subtle questions designed to ascertain why they’ve chosen the end of nowhere as their home. Interspersed are expansive shots of the arctic plains and ephemeral moments under the ice with sci-fi-like sea creatures, juxtaposed sonically with Aussie didjeridos and haunting choral arrangements. But the landscapes, as beautiful as they are, are not the focus of Herzog’s obsession (any 5 minutes of Planet Earth will outshine the entirety of Encounters in that regard); he always returns to the lonely denizens who’ve eschewed civilization for hostile wilderness. 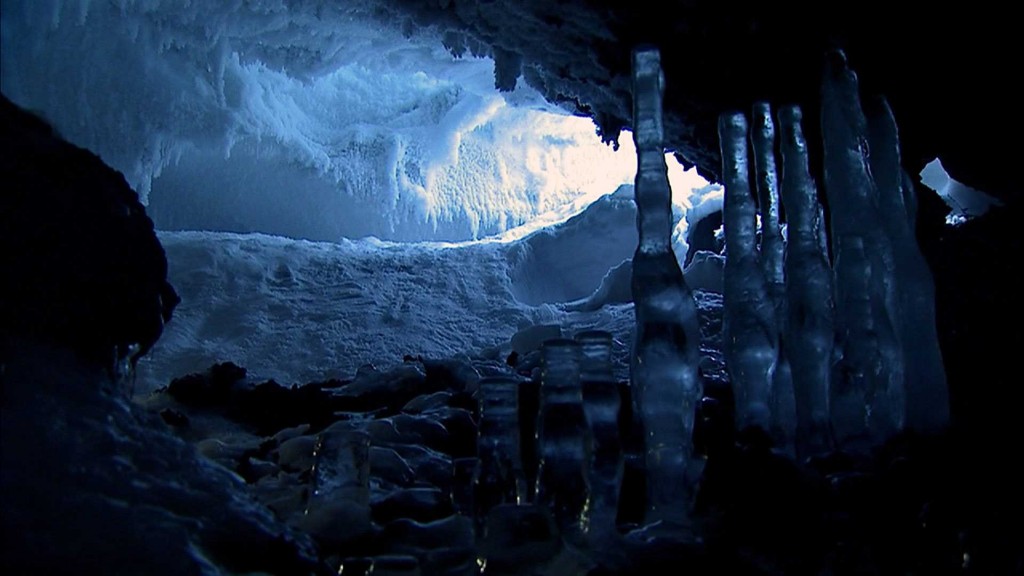 Throughout the film, Herzog continues to revisit Ernest Shackleton and his ill-fated Endurance expedition of 1914. The explorer and his crew nearly perished to the man in a bid to carry the British flag across the entire continent by way of the South Pole, and you can practically hear the admiration and jealousy in Herzog’s voice when he talks about it (as a side note, see The Endurance: Shackleton’s Legendary Antarctic Expedition, a thrillingly hard-to-believe documentary on the subject). The German director obviously desired an experience more akin to Shackleton’s, and is audibly disappointed when he receives the equivalent of an extended stay at a muddy ski resort.

One last image remains in my mind’s eye. After asking the penguin expert whether or not penguins can go insane, Herzog’s camera catches a lone bird abandoning his companions and striking out towards the mountains some 700 miles away. The black and white blob waddles and slides towards what will be certain death, apparently possessed by an irresistible compulsion. It doesn’t matter that the endeavor is stupid or insane or suicidal or all three; the penguin must make it to those mountains.