It’s Christmas time, and that means the public is 67% more likely to go to a movie if it has a Christmas tree on the poster. Okay, I just made that fact up, but it sounds plausible, right? And I guess the promoters behind Everybody’s Fine thought so, hence the Christmas tree on the poster. So, just in case it really is that important to you to see a Christmas movie, I guess I should warn you that Everybody’s Fine is not, in fact, a Christmas movie. Actually, it’s a loose remake of the 1990 Italian movie of the same title, and just like it, it’s set in the summertime.

Not that would have been any different if it had been set at Christmas, mind you. It’s a pretty simple family drama, and it even manages to streamline the original and ignore most of its subtleties. It begins when recent widower Frank Goode (Robert De Niro) decides to get his four children together for the last week of summer, and then watches them cancel, one by one. Ever the optimist (and despite a fairly serious medical condition), he decides to hit the road to surprise them all at home. 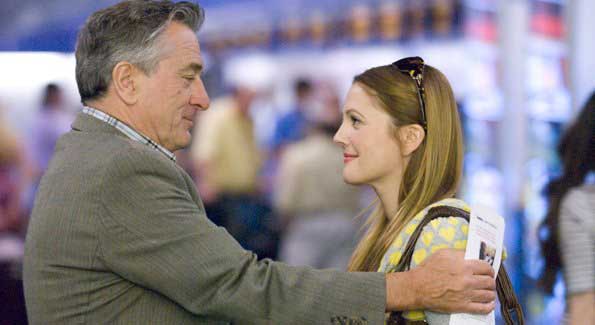 Of course there wouldn’t be much of a movie if they weren’t all weaving a complex web of lies, so the rest of the movie is about Frank untangling them all. And it’s actually pretty good — really — but I still can’t think of a real reason to recommend it. The operatic aspirations of the original have been replaced by the relatively facile conflict between Frank’s blue-collar background and his kids’ artistic aspirations; there are some pretty good visual metaphors at play — until the movie beats you over the head with them. Robert De Niro puts in arguably one of his best performances in quite a while, and Drew Barrymore (playing one of his daughters) is as engaging as always, but Kate Beckinsale (playing his other daughter) remains as bland as she’s ever been. That Christmas tree on the poster finally does make a cameo in the final scene (you were getting worried, weren’t you?), but in the end, Everybody’s Fine is nothing more than the latest bland remake of a much-better foreign film to come out of Miramax. You could do a lot worse, but you could probably do better.