“Science is an intellectual dead end, you know? It’s a lot of little guys in tweed suits cutting up frogs on foundation grants.” –Woody Allen, Sleeper

How did that quote make you feel? Love it? Hate it? Did you feel liberated by it, or threatened? How you answer those questions will probably determine how you feel about Ben Stein’s comedy-documentary Expelled: No Intelligence Allowed. With his latest project, Stein has chosen to question authority, but he’s chosen an authority that’s not particularly popular to question. I’m referring to the scientific establishment (a loaded phrase to be sure, but certainly an accurate one, at least divorced from all connotation), and specifically the field of evolutionary biology. Odds are if this sounds like something you’ll enjoy, you’ve already gone to see Expelled—but regardless of how you feel about its arguments and its conclusions, I think it’s always fun to see some holes shot in authority figures, don’t you? 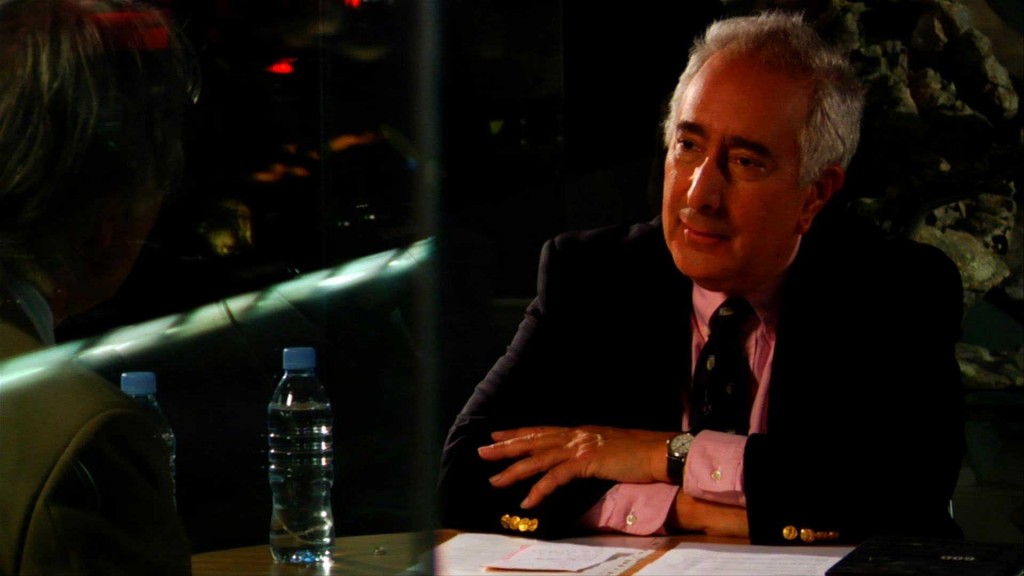 I don’t think it’s really my job to tell you whether you should agree or disagree with the arguments presented here, so I’ll just give you the gist of what’s being said: Ben Stein is concerned about academic freedom—namely in the field of science. He claims that established scientists are being dismissed from tenured positions and blacklisted for venturing into the territory of Intelligent Design. And what, exactly, is Intelligent Design? Well, that depends on who you ask. To the press it’s the idea that “The complexity of life is better explained by a creator rather than natural selection,” or something pithy like that. To the scientific establishment it’s just a re-branding of the pseudoscience known as Creationism. To its practitioners, it’s serious science that’s backed by evidence and useful for predicting discoveries. That’s not something they say in public, though—nor is it something they really get the chance to elaborate on in Expelled. Stein has a handful of interviews with Richard Sternberg, Guillermo Gonzalez, Caroline Crocker and others who assert that they were dismissed from their jobs for researching, asserting, or mentioning Intelligent Design (some of this is true, some of it exaggerated, and some of it blatantly misrepresented). The focus, however, is on their experience, not their scientific work. Stein spends a few minutes interviewing ID scientists who “are afraid to appear on camera” for fear of losing their jobs, but assert that ID is useful in guiding their work. Since they can’t show their faces, use their names, or discuss specifics, it’s not particularly enlightening.

Let’s be honest with ourselves here, though: Expelled is a propaganda film, and nothing else. That’s not a condemnation, nor is it praise; it’s merely a statement of genre. There are bad propaganda films and good propaganda films. Triumph of the Will is an example of the former; Victory Through Air Power is an example of the latter—but in the end what’s “good” is usually just whatever we agree with, isn’t it? Whether you like Bowling for Columbine is pretty much determined by how you feel about gun control; whether you like Expelled will depend almost entirely on how you feel about ID. In terms of sheer filmmaking it’s not bad, and it’s certainly entertaining. It’s somewhat heavy-handed, but that arguably comes with the territory. The opening sequence—while admittedly entirely emotional—establishes the film’s Berlin Wall motif (a metaphor for “Big Science’s”—Stein’s words, not mine—policy of keeping out dissent) with both visual finesse and some beautiful music (composers Robbie Bronniman and Andy Hunter are at the top of their game here). Stein’s deadpan narration is consistently entertaining, and the cinematography is highly expressive. Above all, Stein manages to make Richard Dawkins look like a total fool—which I think we can all agree is no small feat, considering Dawkins is one of the more brilliant and charming people living today. (It’s kind of like Inherit the Wind, but in reverse.)

Unfortunately, there’s no real substance here. The film isn’t interested in engaging scientists on an intellectual level, nor is it in a hurry to present real evidence for ID. It’s content to shoot holes in evolutionary theory and show the audience silly (but not particularly funny) cartoons. The result is something fairly facile and lowbrow, even as it attempts to examine what should be a heady and fascinating subject. In any case, it veers way off course in the third act when it spends far too much time trying to blame evolutionary theory for Nazism. Even if the two are related (and yes, there is almost certainly a connection), what, exactly, is to be gained from making such an accusation (especially since opponents of ID can point to any number of atrocities committed in the name of deities X, Y and Z)?

There’s a definite possibility of a thought-provoking, bridge-building film about ID and Darwinism out there, but this isn’t it. It’s simply taken far too many pages out of Michael Moore’s book of tricks to effect real discussion. This is a film with a message, and it communicates it in an amusing and entertaining way, but it has to take too many logical leaps to do it credibly. It raises some interesting questions, but it’s only likely to find an audience with people who already agree with it.

To be fair, the film does have some decent points that are worth considering: that science that pre-assumes the nonexistence or irrelevance of deity is guaranteed not to find a deity, and that science does not exist in a vacuum. Every theory does have philosophical, religious, sociological, and practical implications. To ignore these is to rob science of all real meaning—particularly in the classroom, which should be a place of free inquiry, but has become a battleground for both sides.

At the same time, if ID really wants to be taken seriously as a science, it’s clearly going about it all wrong. This film is one example of the decidedly non-academic approach, but it’s really just the tip of the iceberg. The rush to get ID into classrooms—before any sort of real theory or methodology has been established—is, at best, misguided. Until ID makes itself useful to science—i.e. proves that it’s capable of explaining and predicting real phenomena—it simply won’t be taken seriously, no matter how loudly it asks to be. I’d like to see these questions examined dispassionately, but can’t imagine that happening, since everybody—atheists, Christians, Jews, etc.—has a vested interest in being right.

My personal inclination is to throw my hands up and say “meh” to all of this (I believe I’m with Woody Allen on this one). After all, what does knowing the workings of the primordial soup really do for us in the end? I do have one hope, though—that the comments section for this review erupts into an angry argument. Like the movie, I’m sure it will be ultimately empty, but entertaining nonetheless.