A personal note about myself: I spent a year and a half of my life as a full vegetarian. I don’t like talking about it, for a number of reasons, not the least of which is that every time I mentioned it, someone would immediately demand to know “Why!?” Everyone had different reasons for asking: sometimes they were genuinely curious and wanted to get to know me better; sometimes they were eighth-generation beef-farming Republicans who felt the need to refute every opinion I had; sometimes they were crazy hippies eagerly hoping that I would join whatever flavor-of-the-month protest they were planning. But regardless, it was a question I quickly tired of answering. I shouldn’t have to justify my personal choices to everyone I meet on the street.

But, since I know you’re all waiting for me to tell you why, I can tell you in three words (though I’m afraid they’ll seem terribly unoriginal): Fast Food Nation, the damning exposé of the food industry published by Eric Schlosser in 2001. Or, more accurately, a review of it. In fact, I can still pinpoint the single sentence in the review that pushed me into veggie-dom: “The problem starts, to oversimplify a tad, when cattle are fed excrement, the corpses of dead cats and dogs, and animal blood.” I was in high school at the time, and frankly, had never thought particularly hard about where my food was coming from before that moment (I had been far too busy establishing my identity, so that the adult world could crush it a few years later). That sentence was enough to get me to give up meat — and give it up hard — for a long time. 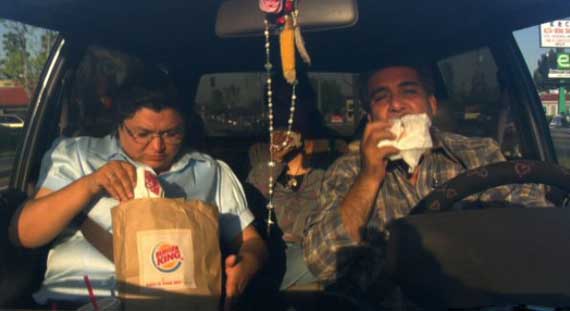 I eventually “came around” for a number of reasons (I have a lean, muscular build that requires a lot of protein; I realized that being choosy about my food was essentially First-World elitism; I couldn’t reconcile rejection of certain types of food with my religious convictions; etc.; etc.), and in a sense, I consider the “veggie” chapter of my life to be closed. But, in a much more accurate sense, the vegetarian identity has been subsumed and incorporated into (what I’d like to think of as) a more mature, developed me — and one that’s hopefully able to see a bit more nuance in the world. I reacted to the aforementioned book review with disgust and revulsion; it wasn’t until my freshman year of college — after I had given up the diet — that I finally got around to reading Schlosser’s book in its entirety, and my reaction then was something different: anger, pathos. These were problems, but not the kind that I could simply run away from; after all, the only reason to be aware of problems is so that we can work to effect change. Whether you like it or not, once Charlton Heston finishes shouting “Soylent Green is people!”, someone in the crowd has to respond with “Perhaps, but we all still need to eat.”

That is what, I hope, filmgoers will take home from Food, Inc., a new, similarly-themed documentary from Robert Kenner. Kenner interviews Schlosser extensively for the film, and his intention is a similar one: to throw back the iron curtain protecting the food industry from public scrutiny. For anyone who doesn’t know, the factory farms and processing plants that produce most of our food are ugly, dirty, and dangerous places where both animals and people are routinely abused, and they’re all owned by an oligopoly of ruthless corporations who have the U.S. government nestled quite comfortably in their pocket. Their stranglehold on the market has produced some of the cheapest food the world has ever seen — but it’s food with a “hidden” price tag that takes an enormous toll on our environment, our health, and our society. 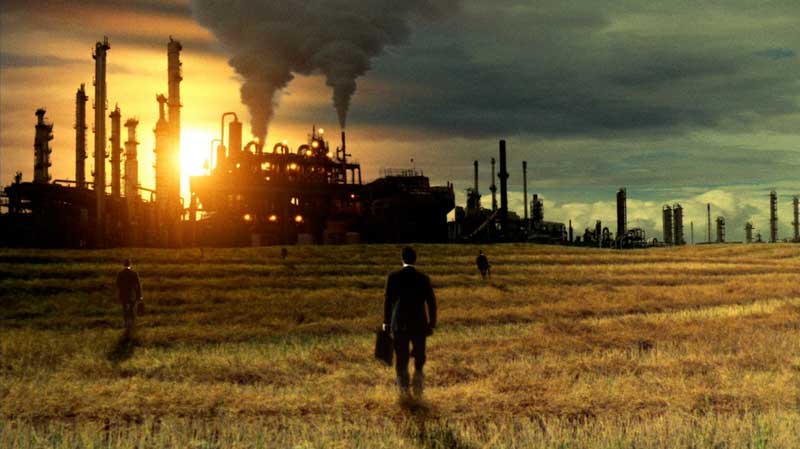 Kenner’s documentary is an unblinking look at these realities, heavy on facts and broad in scope. His pace can be dizzying at times as he jumps from the grocery store to the farm to the feedlot to the halls of Congress, but this ultimately proves necessary as his goal is to educate the Amercian public — a public that has been trained by the fast food industry to demand everything quickly and cheaply — about realities that many of them would rather not know about. The film is a brisk 90 minutes, and in this time we see all of the following (and more): 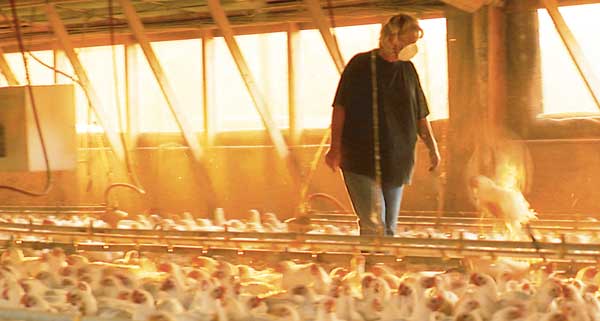 It’s moments like the last one in particular that make the film seem, on its surface, a bit emotionally manipulative; but on the other hand, you can’t argue with facts. Children die from food poisoning every year, and putting a human face on it is hardly an underhanded tactic. At the same time, though, it’s hard to deny that Food, Inc. tends to aim for, if you’ll pardon the expression, the gut — attempting to disgust you first and make you think second.

It also comes across as a bit one-sided. Part of this is admittedly not its fault — as is acknowledged on-screen throughout, nearly all of the food companies being criticized declined to comment. Part of the blame, however, rests squarely on Kenner’s shoulders.  He’s determined to push organic farming, and in so doing, he glosses over some of the organic movement’s more glaring problems. For instance: that the runoff from fields of organic crops is often as bad as the runoff from feedlots. Or that organic food is often trucked farther than conventionally farmed food, thus giving it an even bigger carbon footprint. Or that there’s never been any evidence that organic food is any more nutritious. Or that if all the world’s farming operations were converted to organic methods, more than two billion people would starve, right off the bat. 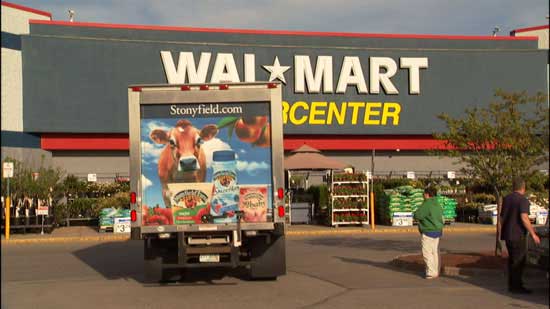 But, as I’ve said, I’ve been pondering these questions for a long time, and there was definitely a time in my life when I thought the way Kenner does. However, if we’re truly going to solve the world’s food problems, it will be a long, arduous process with no easy answer (much like it will be to solve the world’s energy and healthcare problems — for whatever that’s worth). The “solution,” if I can use so crass a term, is undoubtedly going to be a myriad of small solutions, which we’ll have to enact, as a species, one step at a time. Discovering and enacting solutions must begin with fact-finding and debate — and these are the very things that the food industry wants to silence. This is where Food, Inc.’s importance lies. Kenner has said in interviews that he spent a large chunk of his production budget fighting legal actions by the food companies that wanted to silence him, and he even reports in the film that the state of Colorado is considering legislation that would make it a felony to publish a photo of a feedlot(!!!). When this sort of might-makes-right censorship is being imposed, films like Food, Inc. (and books like Fast Food Nation) are both miracles and necessities. After all, food is quite literally what the human body is made of; if people don’t have the right to know what materials they’re using to build their own bodies, then exactly what rights do they have? 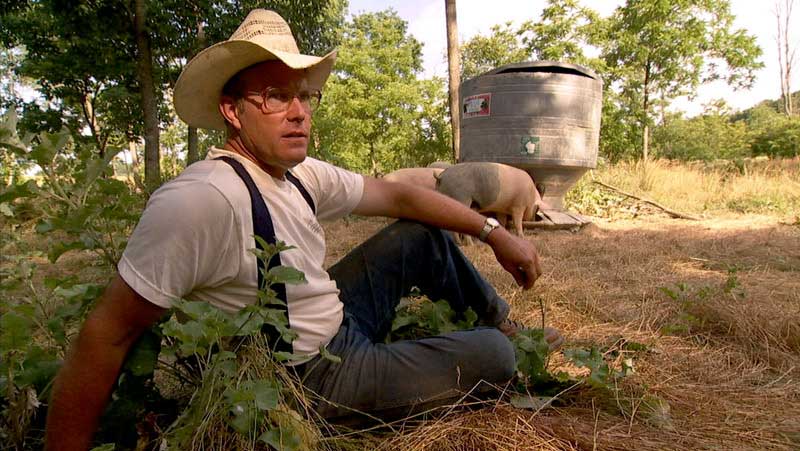 In a sense, Food hasn’t earned the four-and-a-half star rating I’ve given it, but in this case, its sheer importance trumps whatever quibbles I might have with its form and content. To a degree, it’s light on sustainable answers, but it ends with one nearly everyone can get behind: “If you say grace, ask for food that will be healthy for us and our environment.” Well, amen.