Everyone knows his name. He’s an American staple – as common a household name as Abraham Lincoln or Thomas Jefferson. Generations have grown up with his films, whether they be the many he has starred in or the ones he has directed in the last 30 years. He’s not only a staple of American cinema, but American culture in general. There’s a funny thing about Eastwood, though: he never quite stays the same. He was introduced to many through the spaghetti westerns of Sergio Leone and from there he created the violent persona of Insp. “Dirty” Harry Callahan. No rules for Dirty Harry; just results. Years later, Eastwood would direct a western himself in which he would reinvent himself.

This film was the rightful Oscar-winner Unforgiven, a film many consider to be his masterpiece. The character of William Munny was a new persona for Eastwood – a weary, worldly, much wiser man, desperately trying to make up for a past of reckless violence. By his fan’s estimation, Eastwood has been an old man since Unforgiven, but his newest film Gran Torino proves him to be truly ancient. The film could be his swan song and there is nothing wrong with that. But this is a swan song that is sung (quite literally) all wrong. 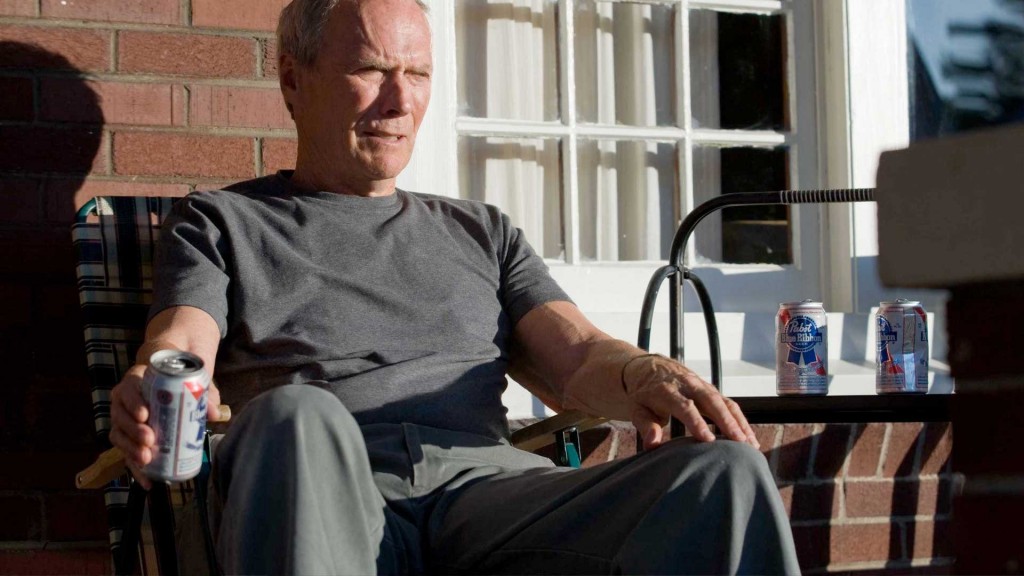 In Gran Torino, Eastwood plays Walt Kowalski, a recently widowed Korean war vet living on a street that has recently seen an increase in Asian population. Ol’ Walt doesn’t like this. Not one bit. And when one of the new neighbor boys tries to steal his most prized possession – a 1972 Gran Torino – as part of a gang initiation, Walt’s temper flares like none other. Through the help of some loving and thankful neighbors, Walt’s anger eventually morphs into a desire to reform the young boy. The old man, in turn, befriends his new neighbors and does his darndest to help rid the neighborhood of gang infestation. A noble act, for sure.

While playing Walt, Eastwood’s usual harsh intones turn into a growl and he rarely moves his teeth as he snarls through racial slurs, consciously witty insults, and the film’s main stinging line, “Get off my lawn!” Gran Torino is above all a character piece about Kowalski and Eastwood plays him with a gruff perfection that suits the character to a tee. The film shows the growth of Walt’s soul and how he learns to accept the new while simultaneously coming to terms with the old being dead and gone 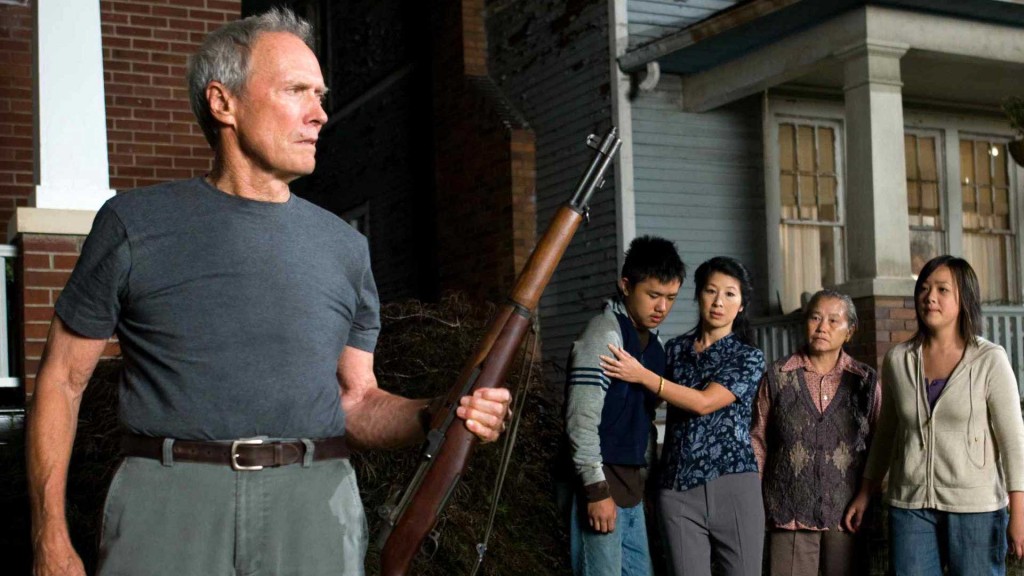 It’s just a shame that everything about the film other than Eastwood the Actor has to be so bad. The script is an almost entirely laughable string of hackneyed racial, sexual, and political platitudes and it doesn’t help that Eastwood has surrounded himself by such profoundly inexperienced actors. Most of them lack any kind of emotion and sound and look clueless for the entire run time garnering no sympathy for their characters or any emotional resonance whatsoever for the film as a whole. Especially bad are the young male actors chosen to play the Asian gang. Complete with tank-tops, f-bombs, low-rise pants, plenty of swagger, and molester mustaches, the only threat they pose as they walk down the streets of Walt Kowalski’s neighborhood is that of being cliché. They succeed marvelously and the way in which they do nicely summarizes much of Gran Torino.

Eastwood’s past personas and Walt Kowalski are all adept at dispatching violence, but Kowalski’s attitude is decidedly more … Zen? Yes, I think that’s the word. Because of his harrowing experiences during the war, Walt finds it much more fulfilling to aim a gun comprised of his forefinger and thumb than to brandish a real firearm. He’d rather cut people’s haughty personalities down with colorful verbal abuse than slash their bodies with a switchblade. That is not to say that Walt couldn’t easily take part is some old-fashioned butt-kicking – he’s just above it all now. Years of living have taught him that a man does have to know his limitations.

Honorable sentiment. Bittersweet for Eastwood, I’m sure. I just wish some of the passion and emotion he clearly feels about his long and varied career would have been communicated without a harvest of worn-out truisms and stock phrases. We can only hope that this isn’t Eastwood’s wave goodbye to the film industry because the man is a bona fide legend and far capable of so much more than Gran Torino.