Jules Verne’s Journey to the Center of the Earth has been used and abused by filmmakers for years. Who could forget the phony Scottish accent of standard crooner Pat Boone in the 1959 adaptation? Or last year’s 188-minute Hallmark Channel event? Even Wishbone got his paws on Jules Verne once or twice. Walden Media’s new take on on the story is less a conventional movie than a chance to show off what Real-D 3D projection can do. In fact, it functions best when computer graphics are exploded onto the screen and little firefly-birds are flapping their luminous blue wings in your face. There’s novelty to it for sure, but in the end it smells a bit like second-rate amusement park sideshow.

The first thing you should probably know about this version of Journey to the Center of the Earth is that it’s not an adaptation of Jules Verne’s classic tale. This Journey is about a down-and-out college physics professor named Trevor Andersen. Lately, Trevor has been troubled with dreams of his brother Max being chased by a T-Rex and finally falling into a lava-filled crevice. Heavy stuff, but its no matter. He wakes up, gets out of bed, brushes his teeth and leaves a second to spit directly into our 3D glasses as a reminder: “This is a 3D movie!”

After arriving at his college, Trevor is given the bad news that his lab will soon be turned into an administrative office. Upset and bewildered, he goes home to his messy house and sprawls on the couch, forgetting this is the day of his teenage nephew Sean’s arrival. Sean isn’t too excited about spending some quality time with his Uncle … he’d rather play with his PSP (product placement!) and drink Mountain Dew (more product placement!). You see, there’s some animosity here: Sean’s father is Max and he disappeared when the boy was young. Max was a physicist as well and ended up never coming back from some journey he took. I wonder where he was going?

Along with Sean comes a box of Max’s old belongings including a notated copy of *drumroll please* Journey to the Center of the Earth. Later on we learn that Max Andersen and a his scientist buddies were part of a radical group of thinkers. Called “Vernians”, these guys believed that the writings of Jules Verne weren’t just fantastical pieces of speculative fiction — they were actual fact. An intriguing idea, but if you think the movie is going to create an interesting mythology around Verne, you’d be wrong. That would actually be kind of cool, but sadly he just becomes a guidebook to get the Anderson boys and their attractive Icelandic mountain guide down a few volcanic tubes and into the center of the earth. 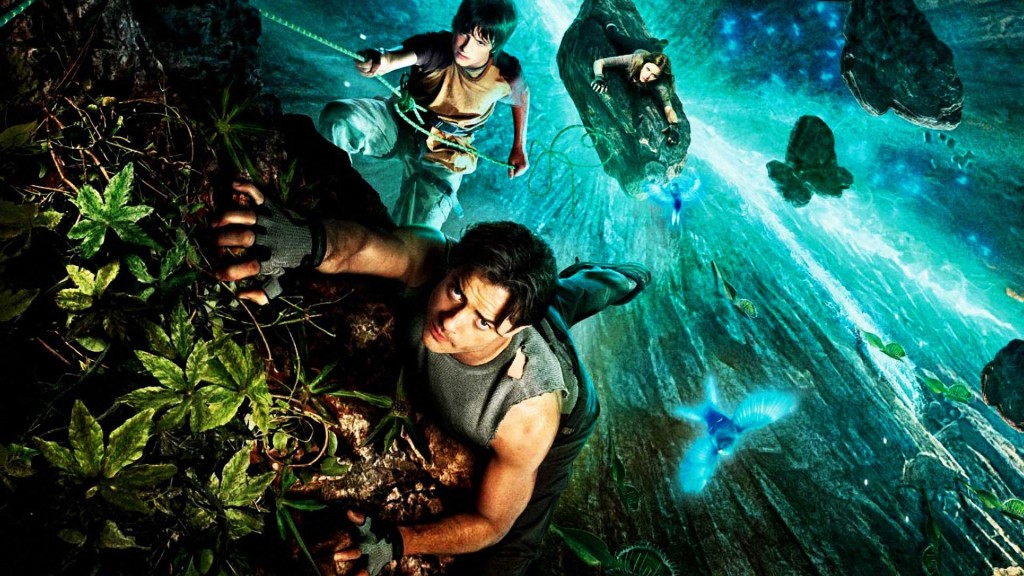 The script is in such a rush to get the this promised center-of-the-earth coolness that the characters are shoved to the wayside. I know, I know: this is just a kids’ action flick. I can deal with thin characters, but if you’re going to not develop them, please don’t try to make me care deeply about them in the final act. Regrettably, this is attempted in a completely laughable scene during the last half of the movie when Brendan Fraiser’s character reads a section out of his dead brother’s diary. The problem isn’t that a choked-up Fraser sounds identical to an angry Vince McMahon, but that we just want to get past all the melodrama and into the promised 3D dinosaur chase. 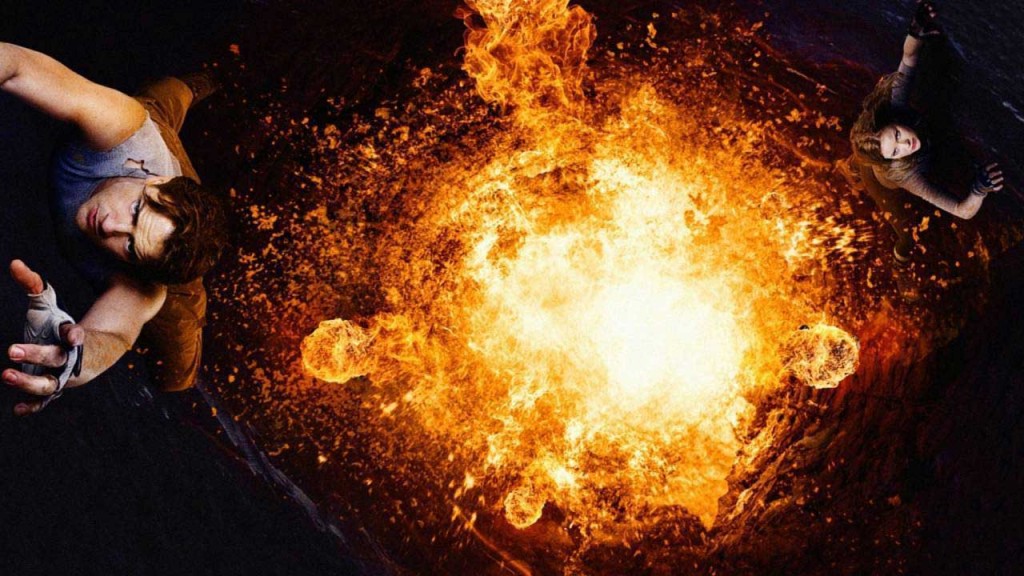 Neither the 3D or the dinosaur chase hold together too well. Sure, it’s kind of neat to see things in three dimensions, but its not nearly as beautiful or involving as the 3D presentations you’d find at an IMAX theater. Its also notable how much the first hour lacks any kind of uncertainty or apprehension about what is to come. There’s a mine car chase almost directly inspired byIndiana Jones and The Temple of Doom, but it’s so unexciting that we just don’t care how it ends. A scene where Sean has to jump across magnetized rocks floating over a deep, dark, void doesn’t even give the suspense of a video game. Why? Well, because we know he’s got to get to the other side because we have to see the dinosaur chase.

I’m doing all this complaining, but the movie isn’t truly awful. Sure, there may not be much tension in the first half, but the second half does achieve a sense of immediacy. And it’s difficult not to smile when we finally do find out how our team of explorers gets out of the Center of the Earth and back home again — the only truly inspired and genuinely funny part of the movie. Still, Journey to the Center of the Earth 3D is a good reminder that story is king when it comes to the movies and that a few dashes of 3D spectacle can’t make up for an uninspiring narrative. I almost wished I could be 10 years old again, flip on PBS, and see the Wishbone version.