Music is a fickle thing, and every time a band innovates, someone is there to invent a new word for their “genre.” This is especially true with genres that people like to describe with the word “hardcore,” a word which lends itself well to portmanteaus. Hardcore punk that incorporates metal and industrial influences becomes “grindcore”; emotional hardcore punk is “emocore” (or emo, for those who are truly phonetically lazy); hardcore rap with slasher-film-inspired lyrics is “horrorcore”; and bizarrely, the fusion of hardcore rap and heavy metal is somehow “rapcore.”

Well, say hello to yet another. 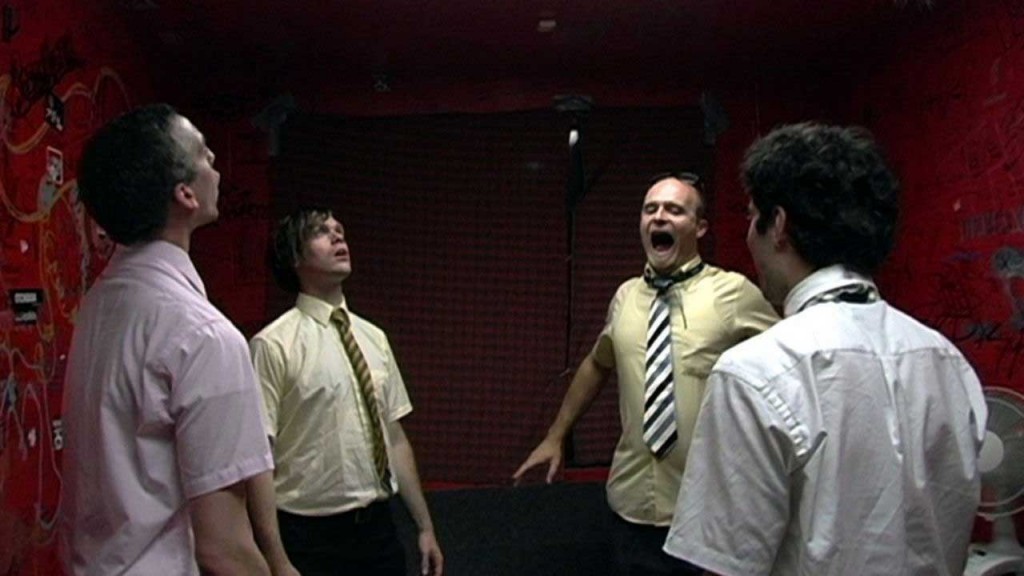 Nerdcore is the new music on the scene. Yes, “nerdcore” — the fusion of hardcore rap and, um, nerdiness. Credited with creating the genre and coining the term itself is San Francisco-based rapper MC Frontalot, who mixes tight beats with lyrics about the Internet, wookiees, and +3 two-handed broadswords. After building a substantial fanbase online and becoming “rapper laureate” for popular nerd-oriented webcomic Penny Arcade, the performer launched a tour of the continental U.S. in addition to a debut album entitled Nerdcore Rising; the film of the same title, directed by stand-up comedienne Negin Farsad, documents the tour. She and her camera follow Frontalot and his backing band as they tour throughout the southeast and the midwest, singing songs like “I Hate Your Blog” and “Hassle: The Dorkening,” culminating in a sold-out performance at PAX (the Penny Arcade Expo) in Seattle. The concert and road footage is interspersed with interviews with other nerdcore emcees (including Optimus Rhyme, NurseHella, and MC Lars), in addition to hip-hop producer Prince Paul (who’s worked with everyone from jazz-rap group De La Soul to horrorcore group Gravediggaz) and nerd music pioneer “Weird Al” Yankovic. 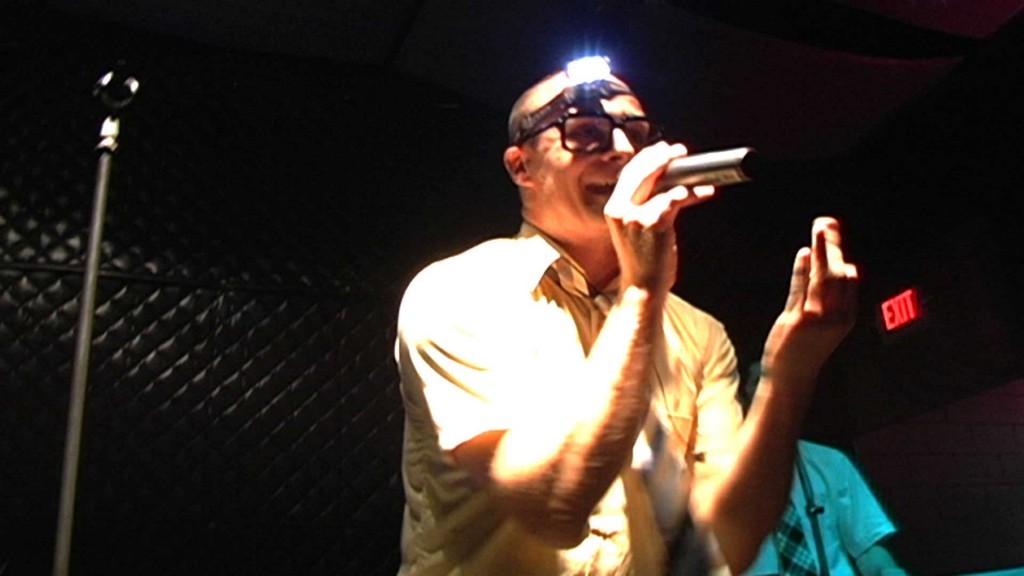 It’s unfortunate that the film doesn’t work particularly well, either as a concert movie or as a serious documentary. The concert footage is badly filmed, with a grainy texture and a sound quality that’s even worse, and the interviews don’t generally go very far past the obvious (though Prince Paul is remarkably insightful in his advocacy for the new genre). Farsad also fails to generate a cohesive aesthetic — occasionally dipping into rotoscoping and used-car-lot-commercial-level CGI, but generally just making the screen look cluttered (though the occasional presence of animated on-screen lyrics keeps things interesting). The involvement of so many other nerdcore artists also begs the question of why Farsad doesn’t bother to insert any of their songs or performances to give a broader picture of the genre.

There’s one moment in the film that is particularly interesting: as the band’s van enters New Orleans, Farsad’s camera surveys the damage wrought by the hurricanes of the last several years (it’s not pretty), and then cuts to footage of the band watching a couple of musicians play the blues on the street. Farsad intercuts this with interview footage in which her various subjects discuss the question, “Is nerdcore racist?” In other words, when dorky white people do what cool black people do, should that be considered offensive? 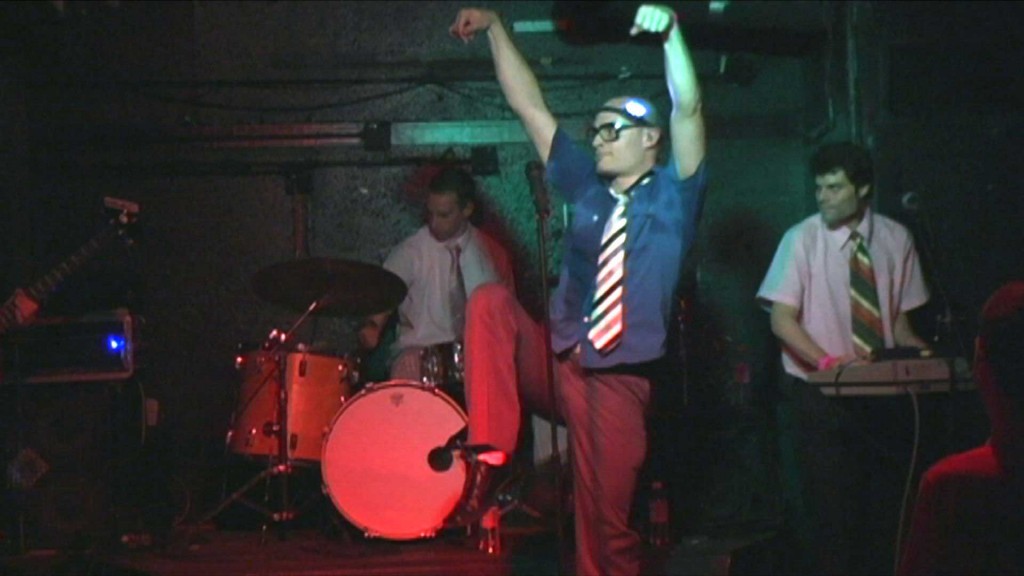 Even this misses the point though: it’s simply an attempt to graft mid-20th century thinking onto a decidedly 21st-century genre of music. Hip-hop is the world’s first truly global musical movement, and while the majority of the original performers may have been black (and Hispanic), it’s become a multiracial movement, with performers of every race and subgenres in nearly every country — whether MTV and commercial radio acknowledge it or not. As Prince Paul points out, the whole point of hip-hop is to be yourself and “keep it real.”

And, whether we’re fly gangstaz or white nerds, I think we can all get behind that sentiment.