A friend and colleague of mine (guess which one!) never misses an opportunity to point out how much he hates the film genre “musical biopic.” They’re all the same, he says, and they rarely (if ever) bother to make any point, other than deification of the subject. What’s the point if every musician’s life was the same, and their shared rise-and-fall trajectory means nothing, except that they were awesome?

I’m always the first to jump up and defend the genre, but after seeing Notorious — a retelling of the life of hip-hop emcee Chris Wallace/Biggie Smalls/Notorious B.I.G./whatever else — I’m seriously thinking about defecting to his camp. The movie was a blow-by-blow revue of every complaint he has. We see Biggie grow up, rise to fame, and fall victim to a world he never made. We see what a darn nice guy he was, and we see his many romantic and sexual exploits, none of which actually go anywhere. And of course, it’s all filled with lots of boobs, just to give it a hip-hop edge. 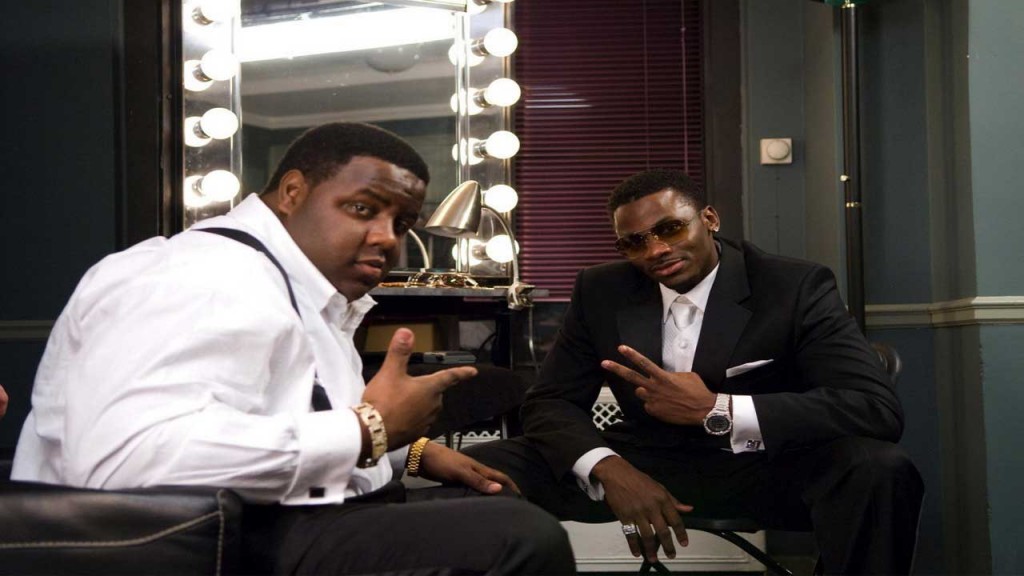 In other words, if you’re in the target demographic for the film, you know who you are — and you’re probably already running for the door. The rest of you can stay here, and I’ll explain why this just isn’t a very good film.

Let me start off by admitting that I’m decidedly not in the target demographic for it. I count myself as an appreciator of hip-hop (despite the fact that my whiteness knows no bounds), but 90’s gangsta rap is a subgenre I’ll probably never appreciate. There’s a reason for that, and it’s the same reason I’ll never appreciate hair metal, or emo, or honky-tonk: it’s simply a genre that’s about projecting an image first, and making music second. When N.W.A. pioneered the style in the 80’s, it was a powerful combination of phat beats and acute social commentary, but by the mid-90’s it had degenerated into mindless thug posturing and glorification of a lifestyle that really should only exist as a last resort (and ideally, not even then). In other words, even without the amorality, it was bland and repetitive. I’m not going to say that Biggie’s music was the worst of this, but he definitely helped push it in that direction by projecting the image of a larger-than-life thug from the streets. If that’s the sort of thing you like, I can’t tell you not to like it, but when the image is so big that it overwhelms the music, that’s when my brain checks out.

Unfortunately, Biggie’s image was so big it overwhelmed not only his music, but also this film. The character presented here will be nothing new to fans, or for that matter, to anyone who’s ever seen a movie set on the streets. Biggie’s a good guy in a bad world, he loves his woman, and he only turns to crime because his single momma can’t support him. He can’t help but rhyme, ‘cause it’s all he has. Then he hits it big, and the cloying stereotypes give way to plain ol’ big-shot noxiousness: womanizing, drug abuse, etc. Ugh. 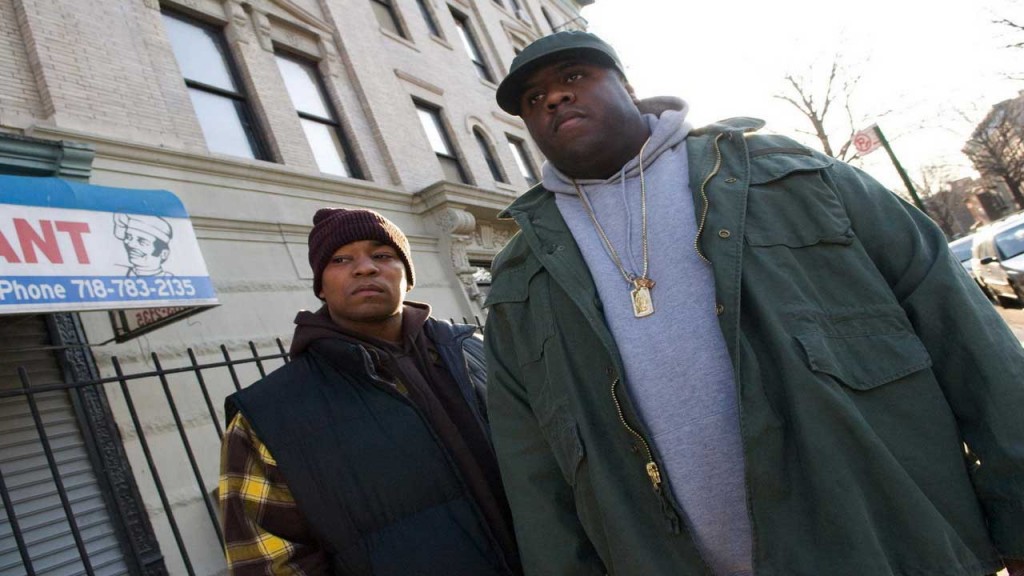 From what I know, this is all fairly accurate, but interesting it’s not. In fact, all I could think while watching the film was, Do famous musicians really all have the same life? Do they really all have trouble staying faithful to their wives and girlfriends? Do so many people really find this story interesting, the sixth, seventh, eight time? Do you have to be a drug-abusing womanizer to make good music?

There’s one moment in the film that shines a bit of light on this: Tupac Shakur (played by Anthony Mackie) relates a story of meeting a boy who tells him that he’s his hero. “I shouldn’t be your hero!” he says. “Dr. King should be your hero! Malcom X should be your hero!” True enough, but that’s about as deep as the movie goes, before it turns around and heaps more hero-worship on ol’ Biggie. There’s probably a good reason for that: producers for the film include Biggie’s mom Voletta Wallace, and his friend and mentor Sean “Diddy” Combs, in addition to a number of other friends and colleagues. In other words, nobody involved in the production wanted to think of Notorious as anything other than a hero, martyr or friend. There’s no way I’m going to hold that against them, but it simply doesn’t make for an interesting film. If no event is ever allowed to mean anything other than “Biggie was awesome!” then the movie just can’t go anywhere.

And it really doesn’t. I have to give director George Tillman (Soul Food, Men of Honor) a bit of credit here for giving the visuals the glossy sheen of a rap video, but the pleasures start and end there. In the end, you’re not likely to enjoy Notorious much if you’re not already a fan. And even if you are, you’ll likely still be longing for a treatment of the man’s life with a bit more depth and resonance.