O Brother, Where art Thou? is, unfortunately, a film that’s gone the way of Flashdance and Saturday Night Fever—in other words, its own fame has been greatly eclipsed by that of its soundtrack. This is unfortunate, since O Brother is, in and of itself, a fantastic film. It’s arguably one of the Coen’s most universally palatable as well—the shticky comedy can be a matter of taste, but the story—which was adapted from Homer’s Odyssey—is universal, as are its themes of faith vs. skepticism, and its performances are all top-notch. The soundtrack is good, to be sure, but it’s all the more transcendent in its original context. 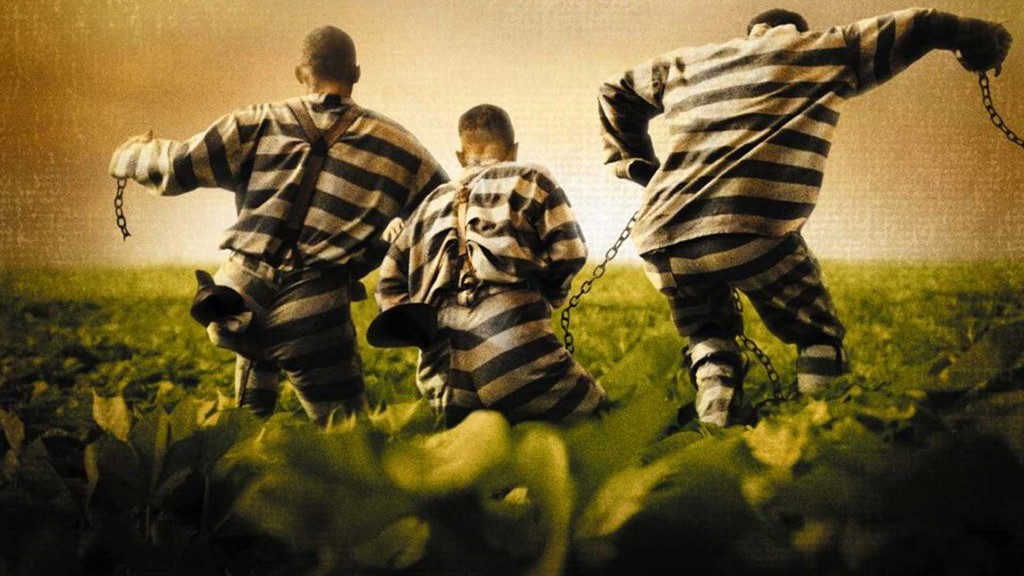 O Brother, Where art Thou? is decidedly a musical—in the traditional, Hollywood-style musical sense. Its songs are woven throughout, but they’re incidental, not surreally grafted in the way they would be in a Broadway musical. When O Brother’s characters burst into song, it’s wholly appropriate—they’re performing, or worshipping, or just killing time. The result is that O Brother is a world unto itself, a uchronia of the American South during the great depression. Its spirit is infectious, and its blend of bluegrass, blues, and folk music is hard to resist. Combined with audacious mise-en-scene and some impressively understated, sepia-toned cinematography, it makes O Brother a feast for the senses.

O Brother’s Homeresque story concerns itself primarily with Everett Ulysses McGill (George Clooney), a chain gang escapee who (literally) drags two of his fellow prisoners (John Turturro and Tim Blake Nelson) across the state of Mississippi on a quest for wealth and freedom. Like the Coens’ previous comedy, The Big Lebowski, the storyline takes a back seat to a series of comedic vignettes (which is appropriate, given the episodic source material). Our intrepid heroes briefly join up with the notorious gangster Babyface Nelson (Michael Badalucco), get seduced by some lullaby-singing sirens, engage in fisticuffs with a one-eyed Bible salesman (John Goodman), and record a hit record. The whole thing is done with a no-holds-barred slapstick glee, but there are some deceptively heady themes bubbling beneath the surface.

At the center of O Brother is the question of whether or not faith in God is valid or useful. Everett’s dimwitted friends Pete and Delmar get themselves saved early on (in an unforgettable mass-baptism scene) and Everett belittles them throughout the film for this. He consistently seeks to find a “rational” explanation for everything, and insists that the advent of electricity will bring about an “age of reason” (something that anyone with Internet access can tell you is not that case, by the way), but the Coens miss no opportunity to make a fool of him. Seeing Everett’s pomposity consistently deflated is where O Brother gets much of its appeal, and this is greatly helped by George Clooney’s  dead-on comic timing. Clooney is a actor that never ceases to amaze—with his chiseled good looks and suave manner, he’s a star that undoubtedly could be a mere leading-man heartthrob if he wanted, but he’s infectiously serious about his craft—and completely unafraid to look foolish. His performance here is reminiscent of some of Cary Grant’s best comedic work (Arsenic and Old Lace, for instance). 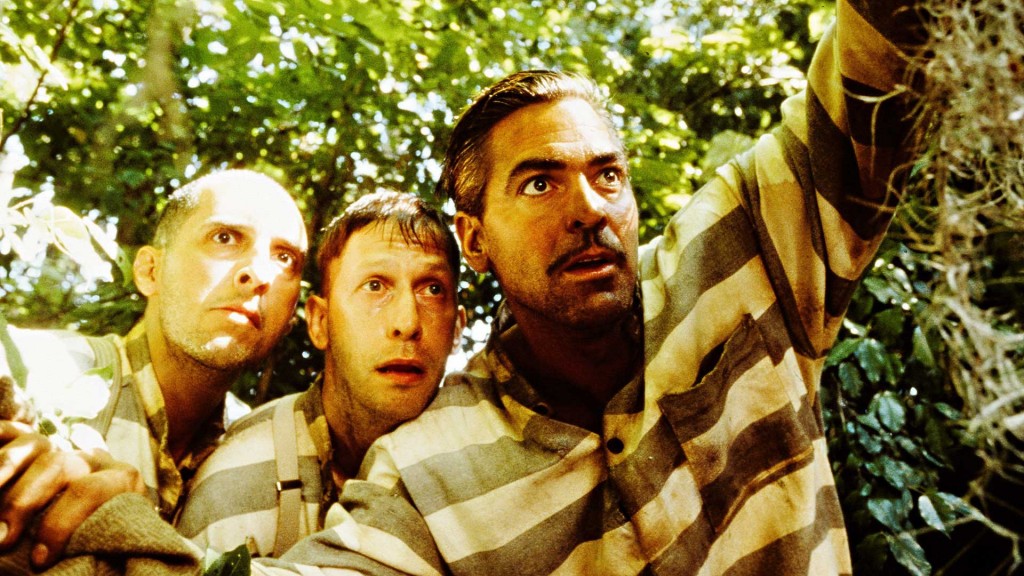 The biggest surprise of O Brother is arguably Chris Thomas King. The man who essentially invented hip-hop blues has pared down his music to an old-timey acoustic Delta style to play the role of famed blues artist Tommy Johnson (which is thematically appropriate, given that Johnson maintained he had sold his soul to the devil). He proves here that he’s almost as good of an actor as he is a guitarist. This hasn’t exactly led to an acting career for him (aside from a role in Ray, as well as on Martin Scorsese’s PBS series The Blues), but it’s always fun to see an artist stretch himself a bit. He only got a single song on the soundtrack album, which is too bad, but the rest of the roster (assembled by celebrated producer T Bone Burnett, who also worked with the Coens on The Big Lebowski and The Ladykilers) practically reads like a who’s-who of modern roots music—Allison Kraus and Union Station, the Whites, Ralph Stanley, Emmylou Harris, etc.—and the results are spectacular across the board. The album didn’t exactly inspire a reawakening of bluegrass and traditional country (the American buying public is notoriously fickle regarding musical genres that aren’t promoted with lots of cleavage and booty shaking), but it did become a hit, and it did win Album of the Year at the Grammys. What a shame that its source film—a beautiful, intelligent, unique and consistently hilarious picture—got snubbed at the Oscars.