Alfred Hitchcock never won a directorial Oscar. It sounds crazy, but he’s one in a long list of influential auteurs who never got to carry away a golden statuette (Stanley Kubrick and Robert Altman also come to mind). Even harder to believe is that none of his most famous pictures ever took away a Best Picture award. The lone Hitchcock Best Picture Oscar belongs to his first film made under the Hollywood studio system: Rebecca, starring Joan Fontaine and Lawrence Olivier. 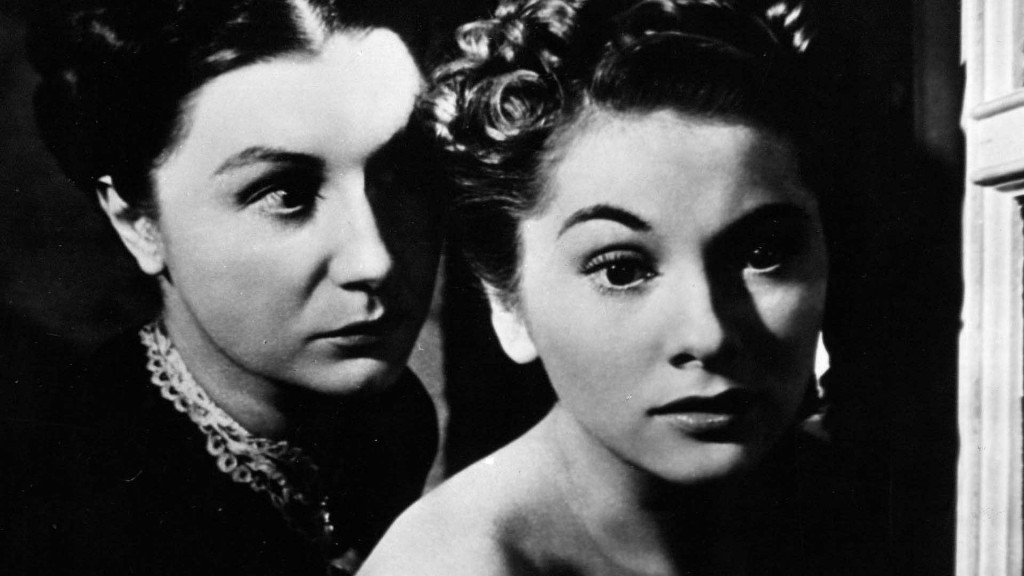 Maxim de Winter is a troubled soul. When we first see him, he is standing on a rocky precipice staring at the swirling sea, contemplating what we can only think of as suicide. His attempt is halted upon hearing the voice of a young woman screaming for him to stop. The young woman (who is never named) is employed by the wealthy Edythe Van Hopper, a wealthy wannabe artistocrat who will jump at any chance to enter the upper echelon of society. While dining at a prestigious resort, Ms. Van Hopper points out Maxim de Winter to the young woman, saying that he is one of the richest men around and that his first wife Rebecca recently died, leaving him hopeless and heartbroken. The young woman meets de Winter again and, of course, they fall in love.

After a few weeks of “getting to know you” (which include long drives, complete with back projection), the couple marries and Maxim brings The Second Mrs. de Winter home to his expansive Manderley estate as the new Lady of the House. Upon arrival, his new bride is introduced to the staff of Manderley including the iron-fisted Mrs. Danvers. Orienting herself to life at the estate proves difficult for The Second Mrs. de Winter because the shadow of Rebecca still looms through the empty corridors of the house. Her bedroom is kept as it was and never used, her stationery is still in the office — it is as if she is not dead, but on some kind of extended vacation. Mrs. Danvers shares a particular devotion to Rebecca and blocks any attempt by The Second Mrs. de Winter to take her place. After her arrival, the new Mrs. de Winter finds out the extent of Rebecca’s reign on the household and how her husband’s emotions of loss may be be something entirely different. 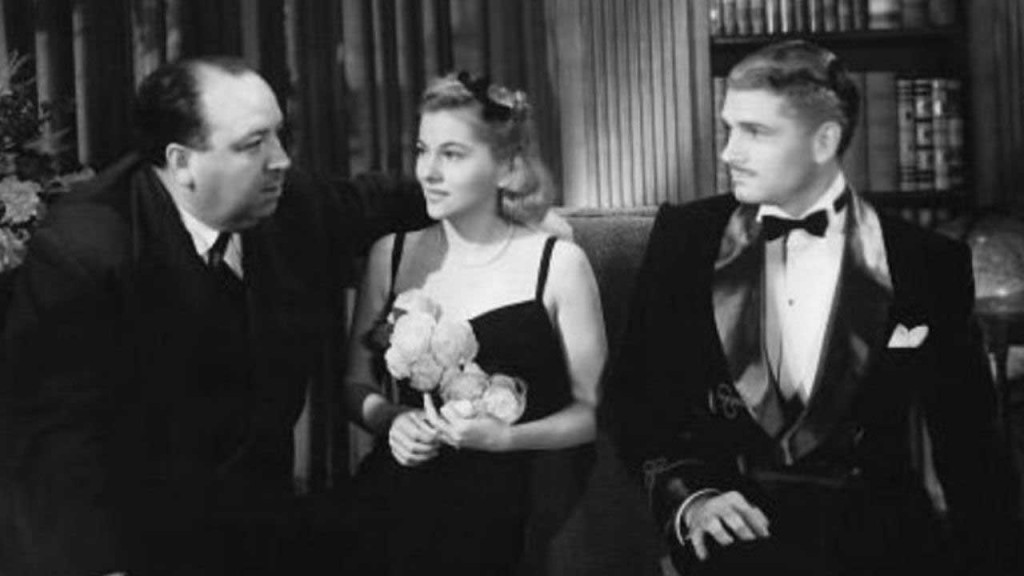 Lawrence Olivier is immedietly charming as Maxim de Winter, but later on we recognize how life has provided his character with a cold countenance. Olivier excels with both sides of his character, but the real star of the movie is the gorgeous Joan Fontaine whose performance is deceptively subtle and really very moving. She’s truly one of the most beautiful stars of the early days of Hollywood and no doubt her work with Hitchcock in Rebecca is what prompted him to cast her in Suspicion in 1941. Also worth mentioning is Judith Anderson as Mrs. Danvers. Her performance may be one of the most influential parts of this film; the evolution of the “scary house maid” stereotype begins with her.

Rebecca is the height of classic Hollywood melodrama. Watching it now, its hard not to laugh at the perpetual longing glances Olivier and Fontaine give one another, the frequent outbursts of extreme emotion, and the musical score which insists on dictating each emotional high and low no matter how minute. Although the lighting design is gorgeous, the performances are rich, and Hitchcock does some fine directorial work, Rebecca’s screenplay doesn’t quite do de Maurier’s story justice. For example, there is a long scene between Maxim and his new wife which completely reinvents the story by giving us information about Rebecca that we never knew before. Maxim tells the long and detailed story about life with his first wife, but we never see these interactions through the use of flashbacks or any kind of visual stimulus. Instead, we watch Lawrence Olivier recount the story to his new wife for 10+ minutes accompanied by Franz Waxman’s gloriously intrusive score. Despite Olivier’s charm, it’s still very tiresome. The same goes for the final act of the story where instead of seeing characters doing things, we simply listen other characters describe what happened for long stretches of screen time.

My guess is these moments are part of the film for one of two reasons. First, the screenwriters could have simply gotten lazy and decided to write dialogue based scenes instead of scenes of visual exposition. It’s certainly a possibility, but I’m more inclined to blame the Hays Code (also known as the United States Motion Picture Production Code of 1930) for this one. All the scenes relying on dialogue instead of visualized actions are scenes which may have been considered licentious by a ratings board and the majority of viewers back in the early 1940s had they been executed any other way. It begs a question: should they have waited to adapt Rebecca until a time when the story could be fully explored?

Despite its visual flair and the very fact that it was directed one Alfred Hitchcock, Rebecca is begging to be remade. A series of photographs featuring current stars inhabiting classic Hitchcock personages was part of this year’s Hollywood Issue of Vanity Fair. One of the most memorable is Keira Knightley posing in the Fontaine role and Jennifer Jason Leigh doing a respectable impression of Mrs. Danvers. An ambitious producer needs to hop on the bandwagon with that one. DVD editions of Rebecca are currently out of print, so perhaps a remake would allow for more public exposure to de Maurier’s fantastic story and Hitchcock’s classic (albeit flawed) adaptation.