It sounds too lurid to be true. It seems as if it had to come from the mind of Stephen King. Possibly it could be an urban legend, but not something that actually, really happened. As horrifying as it is, in 2003 a woman in Texas seemed intent on proving the old cliche that truth is stranger than fiction. On her way home from a night of partying the young woman struck a homeless man with her car. In a bizarre example of physics at play the homeless man became lodged in the broken windshield. Horrified, the woman drove home, parked her car in the garage, and went inside to try to sleep the events of the evening off, the whole time leaving the homeless man stuck in a horrible limbo, slowly dying in her garage. Given the facts of the case you’d think that a movie based on these events would be a humorless exercise, delving into the depths of human depravity and suffering. If it had been directed by anybody except Stuart Gordon, I’d be inclined to agree with you.

Stuart Gordon made his name in the film world with his first feature, 1985’s Re-Animator. Along with Sam Raimi’s Evil Dead films and Peter Jackson’s Dead Alive, Gordon helped launch the “splat-stick” sub-genre of horror. While Raimi and Jackson have both moved on to more respectable fare, Gordon has stuck fairly close to his horror roots for the last 22 years. It’s when he is deftly balancing humor and horror that Gordon is most successful. Luckily, Stuck calls for him to do a lot of balancing. He is able to spin this story of one man’s nightmare scenario into a series of escalating events, by turns hilarious and horrifying, often simultaneously. 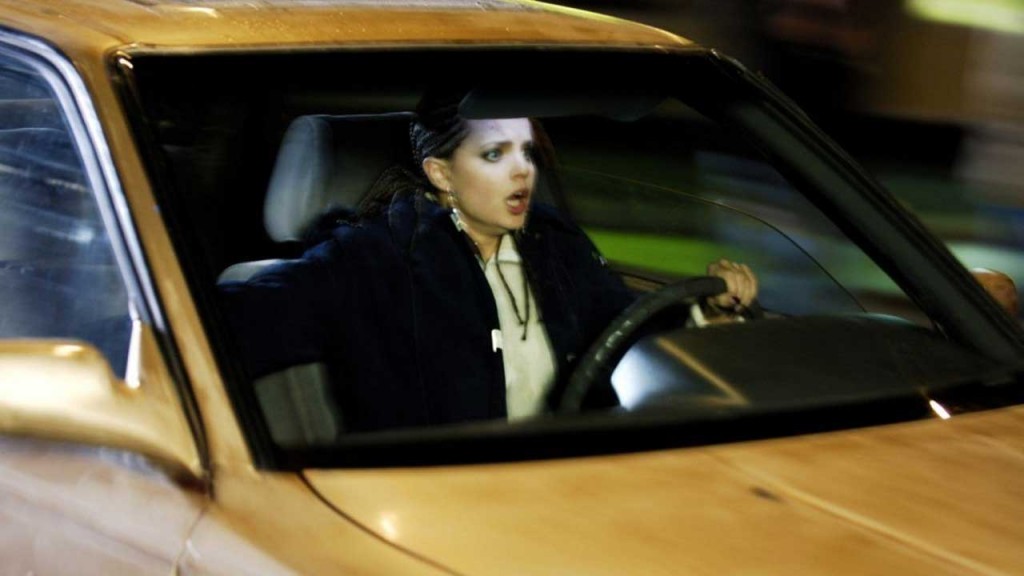 All of the tonal shifts wouldn’t be possible in the first place if it wasn’t for the excellent cast. Surprising and inspired choices were made for both lead roles. Most of the dramatic work is from Brandi as portrayed by Mena Suvari. Miles away from her best known roles in American Beauty and American Pie, where she played idealized visions of upper middle-class high school girls, her Brandi is a caring but desperate character. She hasn’t had a lot of luck in life, and when talk of a promotion happens on the same day as the accident, she makes the fateful decision that a little thing like a man dying slowly in her garage isn’t going to stand in the way of her climbing the corporate ladder. Spending most of the film impaled on a wiper blade, Stephen Rea isn’t given a lot to work with. However, he manages to make the most of it, filling Thomas with a sadness that metamorphoses into grim determination. In the hands of a less accomplished actor the role would probably be reduced to a showcase of bleeding and grunting.

A lot of people will probably be disturbed by the gleeful combination of a true life atrocity and sick humor, but for those with strong constitution Stuck is a gem that manages to evolve the splat-stick genre in a dramatic direction.