Awing Vote is the cinematic equivalent of a servile politician. He has nothing new to bring to the table, nothing to say that really inspires the American people, and hardly any real platform to speak of—but he just really wants your vote, will do anything to get it, and heck, he’s just adarn nice guy. What more could you want? Well, substance, maybe, but if so, you’re clearly looking in the wrong country. Swing Vote is undeniably a fun piece of fluff, but those looking for real, meaningful discussion should remain cloistered at the local art house.

The (painfully high-concept) plot of Swing Vote unfolds almost exactly as you might imagine it was pitched to the studio execs: Kevin Costner plays Earnest “Bud” Johnson, a divorced blue collar slob who lives in trailer with his precocious daughter Molly (Madeline Carroll) in the backwater town of Texico, New Mexico. Molly has been assigned to write an essay for school on her experience of going to vote with her father, who, as you might imagine, isn’t interested in the upcoming presidential election at all. No problem—Molly forges his signature and registers him; then, when he fails to show up at the polls, she sneaks in and votes for him. But the computers fail at a moment that could only happen in Hollywood—and Bud’s fraudulent vote is not counted. 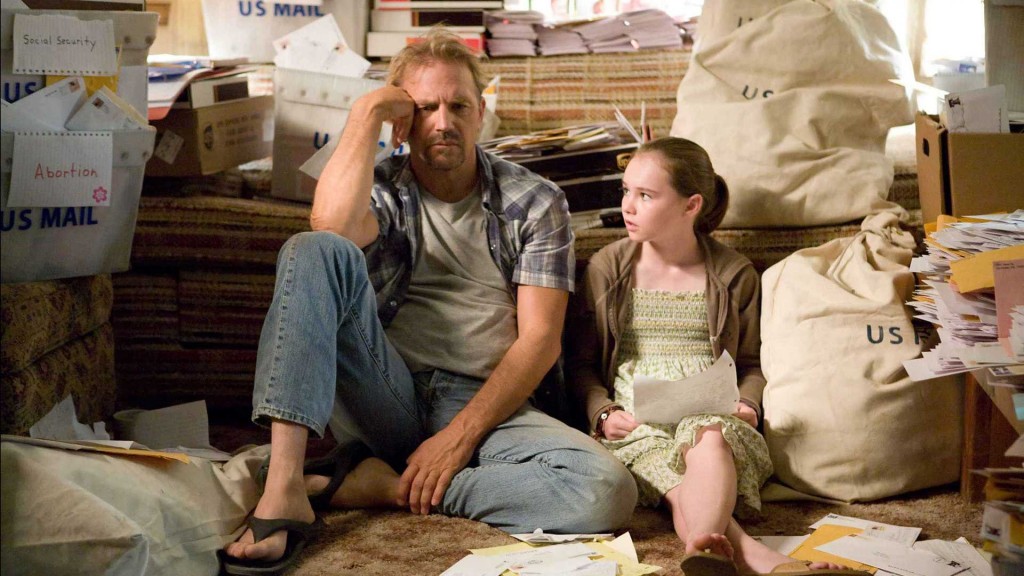 When it becomes clear just how close this presidential race is—it’s come down to New Mexico, and, in fact, Bud’s own Curry County, which is exactly tied—it’s decided that Bud will be allowed to recast his ballot. And when words gets out about the situation, Texico becomes a media circus, as reporters, lobbyists and politicians all mob Bud, trying to find out what makes him tick—and how to get his vote.

From there, the film hits exactly every beat you expect it to, but somehow it manages to be a lot of fun—a fact that owes primarily to the excellent cast they’ve assembled here. It’s beyond me why so many A-list (or at least high-B-list) actors signed on for such bland, broad material, but Kevin Costner and his co-producer Jim Wilson managed to cast the roles almost perfectly: Kelsey Grammer as the good-natured but dimwitted Republican incumbent, Dennis Hopper as the weasely but well-meaning Democratic hopeful, and Stanley Tucci (The Devil Wears Prada, The Hoax) and Nathan Lane as their respective campaign managers. The only real misstep here is a rather bland Paula Patton as a local news anchor, but fortunately, George Lopez shows up as her manager, brightening things up a bit.

The cast manages to sell the gags, which have a surprising amount of depth (even a slapstick scene where a drunken Bud walks into a “Vote Today!” sign had me laughing for an embarrassingly long time). Grammer and Tucci’s comic timing are impeccable as always, and Lane owns his character well, but the real surprise here is child actress Carroll, who literally carries the entire film, both in terms of plot and in terms of charisma. As the foil to Costner’s (very well-done) man-child, Carroll’s girl-adult becomes the hero of the film (though key scenes prove that she’s just as fallible as her dad), and she displays an acting ability that’s beyond her years. Here’s hoping she’ll make producers forget about Freddie High more.

Even while Swing Vote manages to entertain, however, it still manages to disappoint. It feels like a rehash of a rehash of Capra (specifically, Ivan Reitman’s Dave, right down to the talking head cameos)—an unsure attempt to recapture the Italian auteur’s effortlessly naïve and idealistic take on Americana. I guess it shouldn’t be a surprise that Swing Vote wants to avoid offending, even as it uses “hot-button” (read: irresolvable) issues like abortion and gay marriage as plot points—but in acknowledging them at all, all it succeeds in doing is highlighting its own lack of teeth. There are moments of bite—a delightfully offensive anti-abortion campaign ad that features exploding children—but for the most part, this is a film that’s content to trot out the same old Democrat/Republican gags we’ve been hearing since before Watergate. 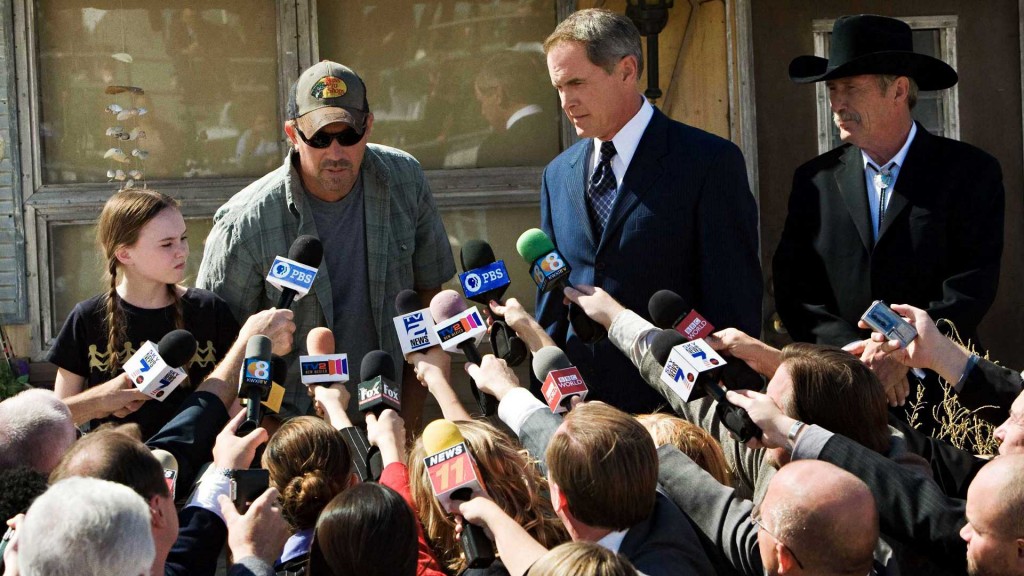 Therein lies the real issue: at some level, Swing Vote wants to be a message movie, and it eventually (after the laughs are over) mounts its soapbox to remind Americans that Every Vote Counts!—but it’s plagued by a conundrum that even it doesn’t know how to get around. Bud has only two choices: the Democrat or the Republican, and they’ve both been shown to be not all that different.Swing Vote wants us to believe that deep down, all of us—even our generic, weasely politicians—are the same Americans, but that it somehow still matters who’s in the Oval Office. If you’re doubting that this is the same sort of issue-avoiding drivel you get from CNN every election year, pay attention to the climactic debate: as soon as the actual debate begins, we cut to the next scene. I guess you could say that this story is not really about politics; it’s about Bud reclaiming his life and identity—but any way you look at it, Swing Vote is a movie that wants people to feel, not think.

All that said, it’s still not a bad film, and would make for a great family outing—call it a primer on the electoral process. It’s rated PG-13 “for language,” but if the MPAA knew what they were doing, they would have bumped it down to a PG. The language comes almost exclusively from Bud—it’s absolutely necessary for showing the kind of character he is—and Molly is the one who calls him out on it repeatedly (“Stop using ‘Jesus’ as a cuss word—he’s a billion people’s savior, you know!”). With or without the kids, though, Swing Vote is an enjoyable flick with an impeccable sense of humor. Just lower your expectations, check your brain at the door, and let the cast work its magic.