In Scott Hicks’ The Boys are Back, the camera swoops and soars over the Australian outback, finding a golden, carefree freedom in the vast expanses of scraggly trees and windblown grass. Then, an hour in, it suddenly runs smack into the cold, blue walls of a British boarding school and is suddenly penned in, trapped, staid. The striking contrast runs throughout the film, and is all at once stunning and silently at home in a film that is concerned primarily — if not entirely — with the essential and inescapable conflict between freedom and security. It’s a drama that will probably go largely unnoticed, but there’s no denying that it has a quiet power all its own. 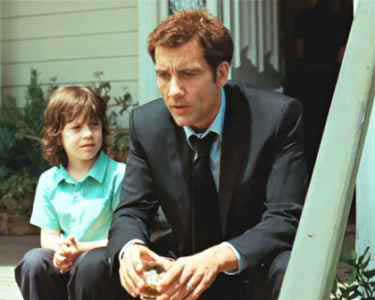 Based on the memoir The Boys are Back in Town by English expatriate Simon Carr (who is here renamed “Joe Warr” and played by Clive Owen), the film is the story of a man trying to raise his two sons — neither of whom he really knows — after his wife has died. This is no saccharine flood of sentiment, though (in fact, if anything, it errs in the opposite direction), nor is it a series of cheap misandrist laughs (as it would have been in the hands of Hollywood); instead it’s a very quiet, subtle film that seems almost unaware of the depths that it’s plumbing.

This touch is no doubt attributable directly to Hicks, who seems to have a touch for imbuing comparatively simple material with surprising visual resonance. Two years ago, he directed the Aaron Eckhart/Catherine Zeta-Jones romantic comedy No Reservations – a film that would have been yet another generic chick flick in the hands of almost anyone else, but became something deep and beautiful under the vantage of Hicks’ rich camerawork. This visual touch is even more obviously present in The Boys are Back, which just might be the only film that makes a trash-filled bachelor pad look beautiful. 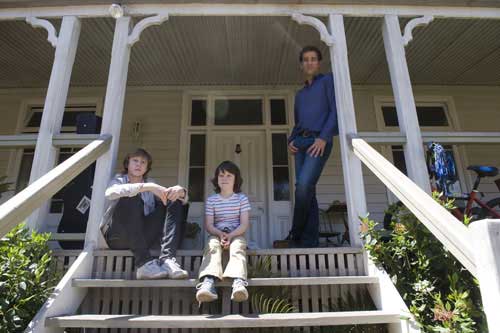 That, like much of the film, is both entirely unexpected yet disarmingly comfortable to the point that you’ll hardly notice it. As should always be the case in narrative cinema, the purpose of the photography is to facilitate the interactions of the characters. The real stars here are Warr’s two sons — played by Nicholas McAnulty (who manages to be both adorably cute and a pretty decent actor) and George MacKay (who seems to be channeling Rupert Grint’s Ron Weasley — for whatever that’s worth) — both of whom are fully realized as characters, and both of whom can simultaneously make you laugh and break your heart with a single line.

This kind of subtlety is doubtless required for the material, which is light on identifiable “plot,” but is ultimately the story of a man learning to walk a tightrope between letting his boys be boys and teaching them how to be men. Watching someone learn an impossible stunt is always a messy and lopsided experience, but it also always has a clumsy beauty all its own. The Boys are Back is no exception to that, and as long as you’re not expecting any forced symmetry or easy answers, you’ll find it a trip worth taking.