The Brothers Bloom is a whopper of a tale. It follows the typical con-man falls for the con plot, but The Brothers Bloom is far from typical. It’s fantastical, farfetched, and riveting. Writer/director Rian Johnson, who brought us the neo-noir film Brick(2005) is back in action, and clearly having a hell of a time.

The story follows the lives of con-men Stephen (Ruffalo) and Bloom (Brody) from their early days when they were kids to the height of their deceptive prowess. After their latest escapade Bloom decides that this isn’t the life for him. Years later, Stephen shows up with one last con for the duo to pull off.

While being repetitive nearing the end of the film, I found the story to be fresh and lively. The plots within the story seemed more convoluted than they actually were, and were easily followed, giving the viewer more freedom to experience the film. There were times, however, when I felt like the film needed a little more subtlety. While the narrator was needed and kept the story going at it’s brisk pace, I occasionally felt that the narrator gave away too much information. There were also a few quick flashbacks near the end of the film that were redundant. 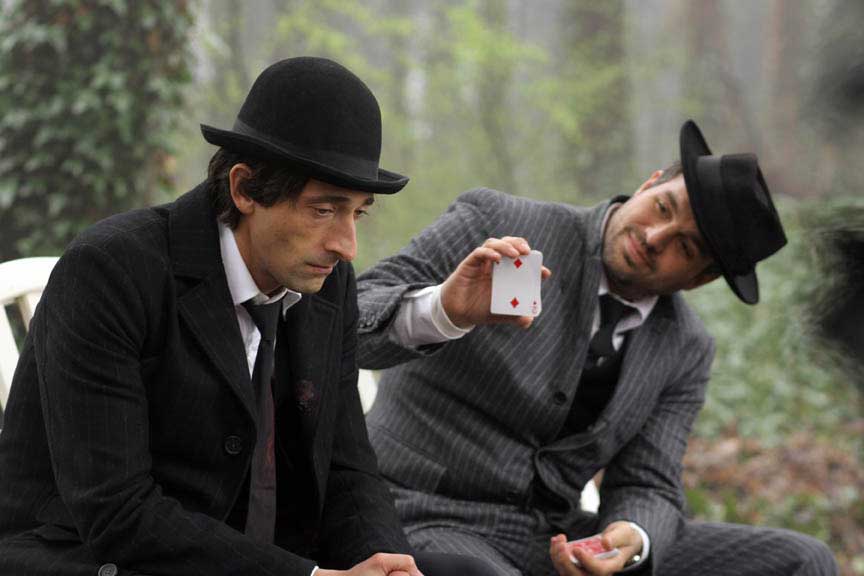 The subtext of the film is hard to pinpoint, and I expect that I will be revisiting this film very soon. It’s difficult because The Brothers Bloom is at times subtle and at times very upfront about what’s going on. Thinking back, one of my favorite scenes is when Bloom, who has been struggling with his personal freedom (seemingly) steals an apple at random. It’s a defining moment for Bloom and for the theme of free will, which is ironic within the environment of the film.

While Bloom is the main character of the film, Mark Ruffalo is the talent that shines. Mixing Cary Grant with a dash of Paul Newman, Ruffalo exudes a roguish charm, topped off with a black fedora.

Robbie Coltrane shows up as a minor character, and Joseph Gordon-Levitt sneaks in with my favorite cameo of the year so far. The character of Bang Bang (Rinko Kikuchi), while mildly entertaining, is an unnecessary character that has very little bearing on the other characters…although she did bring explosives.

At the end of the day I have to ask myself, did I take much away from the film? I’m not sure. But it was one hell of a ride, and I look forward to watching it again.