It may be because I just haven’t seen a good refugee movie in a long time, but I couldn’t resist the charms of The Children of Huang Shi. It’s not a film that breaks any new ground by any means, but it is well-made, entertaining, and moving. I’m breaking with other critics a bit by giving it four stars, but what can I say? In a summer clogged with nothing but superheroes, it’s nice to see a real hero grace the screen. 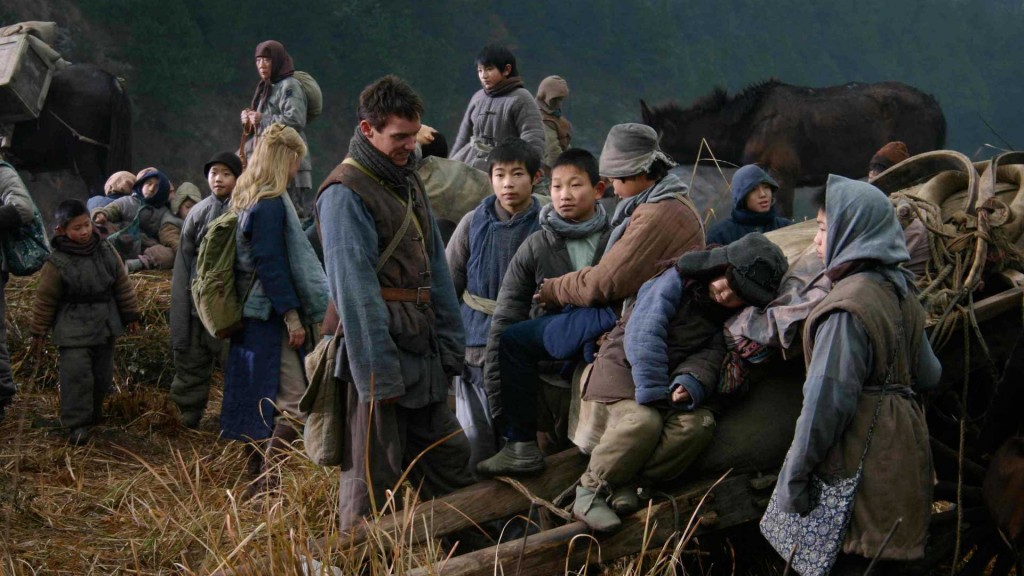 Huang Shi tells the story of George Hogg (played here by Jonathan Rhys-Meyers), a British journalist who found himself trapped in a war-torn China at the dawn of World War II. On the run from both the Chinese government and the Japanese invaders, he found himself with no place to go but a former school known as Huang Shi, which had become a refuge for orphaned Chinese children.

The story hits all the notes you expect it to: at first Hogg is angry and bitter about being stuck where he is and the children despise him; then (under the guidance of a nurse named Lee Pearson, played by Radha Mitchell) he begins to care about them and becomes a great asset to—and, in many ways, the only hope of—the orphanage. It’s nothing new (think The Sound of Music, but without all the whitewash), but it is all true, plus it’s a fantastic story, and it’s made memorable by the lead actors and some top-notch editing.

Rhys-Meyers (Bend It Like Beckham, August Rush) isn’t necessarily a great actor, but he gets the job done here, transitioning believably from angry idealist to self-sacrificing father figure. Radha Mitchell (Melinda and Melinda, Finding Neverland) does a great job as his foil, an intense figure with an air of mystery about her. It’s in the supporting roles, though, that the film really shines: the inimitable Chow Yun-Fat as a Communist party leader who acts as Hogg’s mentor, and Michelle Yeoh as a black market druggist.

Director Roger Spottiswoode, whose output has been spotty, to say the least (The Getaway, Stop! Or My Mom will Shoot), does an admirable job here, employing deeply expressive lighting and subtle edits that tug at the heartstrings. The Chinese landscape looks as beautiful as ever, making this film an interesting companion piece to Sergei Bodrov’s Mongol. 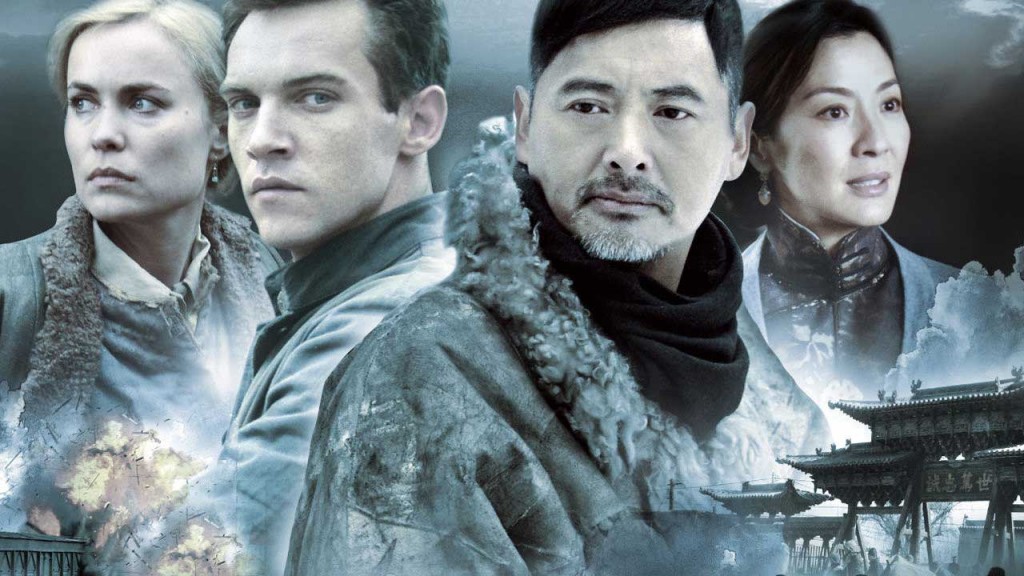 This is true in more ways than one, as Children of Huang Shi isn’t afraid to portray the ravages of war that Bodrov’s epic was, for the most part, more than happy to gloss over. Huang Shi reenacts the Rape of Nanking in disturbing detail, and doesn’t shy away from the psychological damage that such atrocities have wrought on its orphans. At the time that Huang Shitakes place, there were no less than three major groups fighting for control of China: the Japanese invaders, the Chinese government, and the Communist rebels. Officially, all three were quick to claim that they were doing it all for the greater good, but the damage done to those who were caught in the middle proved that it was all words.

Unfortunately, history belongs to those who kill. Every elementary-level history textbook in the world is bound to have some mention of the Chinese civil war and the Japanese invasion, but who’s going to remember those who stayed with the victims and did whatever good they could? I myself had never heard of Hogg until I saw this film, but I couldn’t be more thankful that it was made. Hogg’s self-sacrifice hasn’t changed the political face of the world by any stretch of the imagination, but it made all the difference to the sixty orphans he led to safety (some of whom, now in their eighties and nineties, make an apearance over the end credits).

And self-sacrifice it certainly was. Hogg gave up his freedom, comfort, and career for these children that he barely even knew—and ultimately, he died for them. Huang Shi doesn’t beat the Christ-figure archetype terribly hard (truth be told, there are much bigger nods to Taoism and Buddhism here—suggesting that Spottiswoode is attempting to bridge perceived gaps between the religions of east and west), but there’s no denying that it’s there, and that its message is still relevant. The only way to gain your life is to give it up. The only way to find true happiness is to seek the happiness of others.

Children of Huang Shi is an old story, with old questions to answer, but there’s no doubt that it needs to be told—perhaps now, in an age of rampant consumerist imperialism, more than ever.