Keira Knightley has become the go-to girl for period pictures. Pride and Prejudice, Atonement,Silk, even the Pirates of the Caribbean flicks; if your character frolics in large, poofy dresses, wears hats the size of Gibraltar, or sports a hairdo that puts Marge Simpson to shame, your only recourse is, apparently, Ms. Knightley (aren’t those corsets beginning to leave a mark, my dear?). Nor does she show signs of slowing down: The Beautiful and the Damned (circa 19-roaring-20s) and King Lear lie in her immediate future. 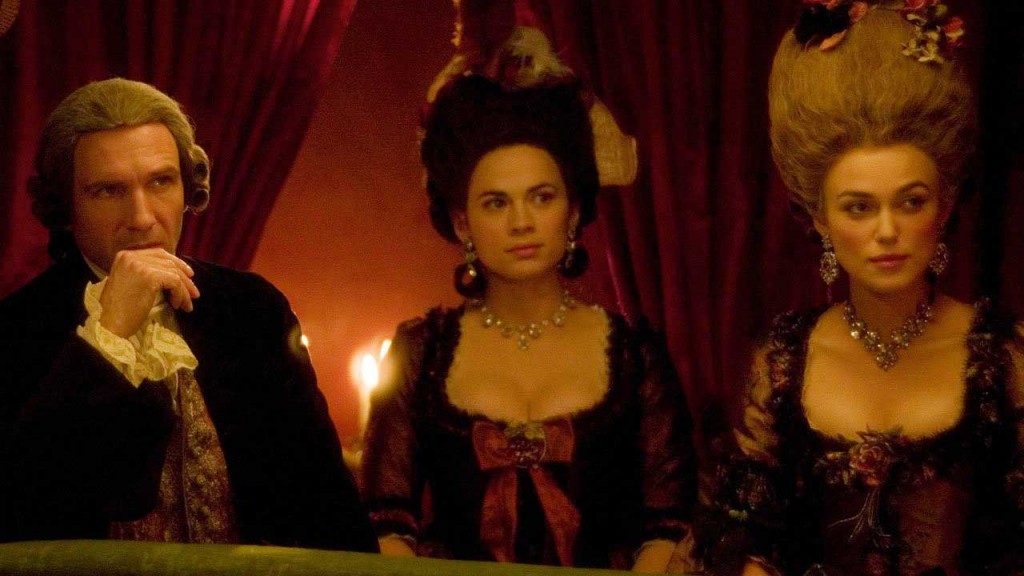 Despite joining PPA (Period Pictures Anonymous), Knightley succumbs to the siren call of the 4ft hairdo.

The Duchess is a period piece on overdrive, the sort of film destined for costume design and art direction accolades but not much else. Knightley steps into the titular role of Georgiania Cavendish, flesh ‘n blood Duchess of Devonshire, who was a trend-setting fashion icon as well as an ardent political campaigner (a good century before the fairer sex began the suffrage movement) around the turn of the 18th century. Those aspects, as well as her voracious gambling addiction, would have made for intriguing entertainment, especially in the context of Georgian England, but alas, they are treated as footnotes to her (tedious) marital difficulties.

Post Henry VIII, especially in light of the seemingly endless adaptations (Showtime’s The Tudorsis currently milking Henry and his wives), narratives about the pursuit of a male heir and the ensuing drama when a wife or wives cannot produce one are trite and, quite frankly, dull. Are the royalty and their reproductive misfortunes the only compelling subjects from the period? Did the peasantry have no intriguing stories to tell? What about a vaguely interesting blacksmith? But no, more Wombs and Woes for us. Granted, Georgiana Cavendish’s marriage to the emotionally infantile Duke of Devonshire (played sharply by Ralph Fiennes) included a few abnormal twists (a lifelong menage a trois with her best friend), but for the majority of the film it’s business as usual. After the third “Give me a son!” rant and the fourth depressed-and-staring-out-the-window scene, you’ll be ready to tighten one of those horrendous corsets around your own neck.

For lovers of fashion and opulent design, The Duchess is certainly a treat for the eyes. Expense and talent were not spared; the picture looks marvelous. Otherwise, pass. Knightley and a heroic effort from Fiennes are not enough to elevate the story out of the seen-it-all-before muck.