Adam Sandler should probably watch his back. His production company, Happy Madison, has traditionally featured two kinds of films — those starring him, and those starring people far less talented than him (Rob Schneider, et. al.) — presumably either as favors to college buddies, or to keep the spotlight where he wants it. But somehow, the company recently picked up Anna Faris. 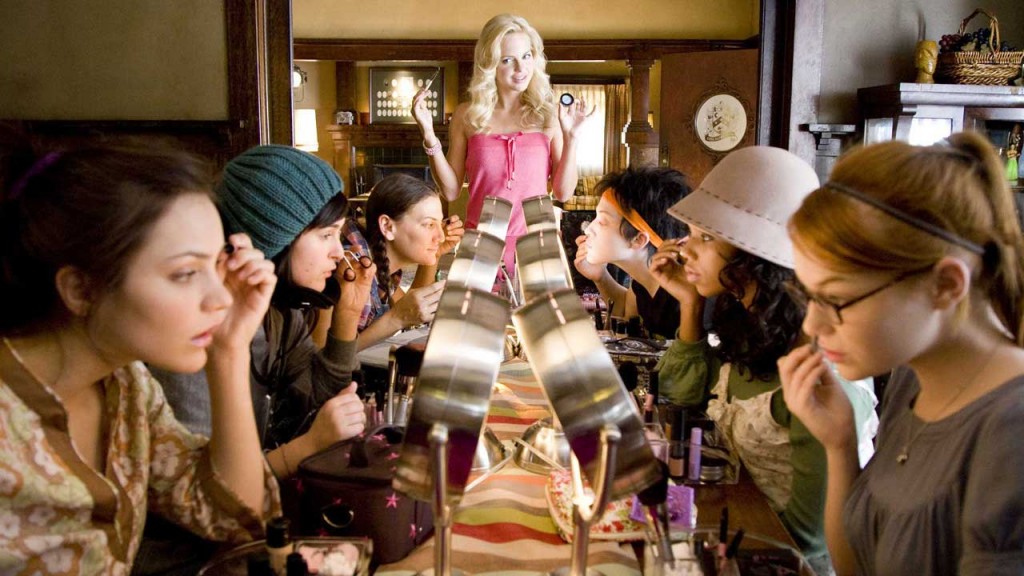 You’ll be forgiven if you responded with “Anna Who?” — she’s not exactly a household name (yet!), and she hasn’t exactly received a lot of critical acclaim either. While she’s appeared in heady (-ish) fare likeBrokeback Mountain and Lost in Translation, she’s arguably best known for acting in the first twoScary Movies and My Super Ex-Girlfriend. For me, though, it was Gregg Araki’s independent stoner comedy Smiley Face that proved her deft comedic skill. Other (myriad) weaknesses of the film aside, Faris made for a compelling lead who always gave you the punchline half a second before you expected it. Tell me that stoner comedy is easy to do all you want, but her performance kept me sitting through an otherwise painful movie.

The new Happy Madison production The House Bunny is similar in many ways, except that they’ve found a cast that is mostly able to match her formidable talents. It’s essentially Faris’s film — she stars, and she produced it, along with Sandler and a handful of others — but in many ways it plays as much more of an ensemble picture — a rarity for Happy Madison, and almost invariably a disaster when they try it (as with Strange Wilderness, which was similarly directed by Fred Wolf). While the result fairly consistently (and frustratingly) aims for the thirteen-year-old demographic that has been Sandler’s bread and butter, it’s still a surprisingly funny flick, with a bit of depth.

Faris stars as Shelly Darlington, a girl who grew up unloved in an orphanage, but eventually blossomed into pinup proportions and dropped out of high school to move into the Playboy Mansion (Hugh Hefner gets a surprising amount of screen time in this film — believe me, Stan Lee played him much better in Iron Man). On her 27th birthday, she’s unceremoniously booted out for being too old. With nowhere to go, she stumbles about until she finds a sorority, which she enters, thinking that it “looks like a mini-Playboy Mansion.” After a series of misunderstandings, she lands a job as housemother to the Zeta Alpha Zeta sorority, who embrace her for one reason: they’re all unpopular geeks, so no girls want to join during rush, so the school is threatening to close down the sorority and take their building unless they get thirty pledges for the next school year.

Yeah, it’s kind of forced, and this sort of combination of fish-out-of-water and female ensemble comedy has been done better before (Sister Act being the one of the better examples), but The House Bunny really does manage to hold its own. As director, Fred Wolf seems to realize it’s his job to get out of the way and let his cast shine — which is a verygood thing for him. Shelly and the girls of Zeta House (most notably Emma Stone of Superbadand The Rocker, who rivals Faris’s sense of comedy) have great chemistry, and everyone involved shows a strong sense of faith in their jokes — extending them far after the laughter has died down and well into the realms of awkwardness (the best moment has Stone going on for several minutes about how it would be fun to tie their shoes together and throw them over telephone lines). This is a welcome style of character-driven comedy, in an era of the “throw ten fart jokes against the wall and hope one sticks” sort. 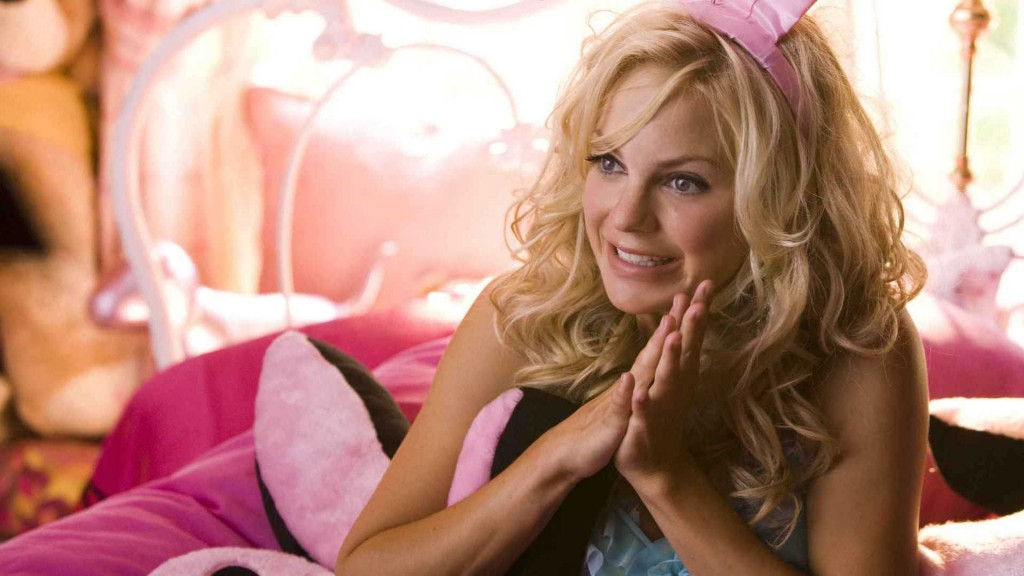 In the end, The House Bunny doesn’t really seem sure what it’s about — as Shelly teaches her girls how to be “hot,” she slowly learns that it’s more important to have inner beauty; but the girls never really reject what she shows them. If it’s a message movie, it’s a muddled one (and of course the issue is muddled further by the involvement of Hefner, purveyor of all things involving superficial treatments of female sexuality) — or perhaps I should congratulate it for being so morally complex. (Yeah, right.) In any case, this all really misses the point of what is essentially a piece of fluff: The House Bunny is a fun feel-good comedy, one of Faris’s best performances (now someone give her a “real” role!), and arguably the best thing to come out of Happy Madison productions, ever. It’s hard to ask for more from Sandler and company.