For those unitiated into the exciting world of film buffery, a “high-concept” film is defined as a movie you can sum up in a single sentence: “Giant lizard attacks Tokyo”; “Will Ferrell as an oversized elf”; “Die Hard, but on a battleship.” Stuff like that. The (extremely accurate) theory is that most Hollywood producers won’t bother to take the time to read an entire script, so you have to come up with something you can sell in a few words. The same is likely true for prospective audiences as well, so as the bean counters took over Hollywood, Hollywood was taken over by this type of fare — for good or for ill.

Ricky Gervais’ (star/writer/producer/etc. of the original British version of The Office) new vehicle, The Invention of Lying, is a prime example of a “high-concept” film — so much so that the concept itself is the title (I believe that the last time so little credit was given to audiences, snakes were on a plane). What if, the film asks, humankind had never developed the ability to state anything other than the facts? And — yes — what if one man figured out how to do otherwise? Ready? Go!

Perhaps it sounds familiar? It’s essentially the inverse of Liar Liar, Jim Carrey’s 1997 high-concept vehicle. Instead of having only one member of the human race incapable of lying, though, here only one member of the human race is capable of lying. Fortunately, Gervais’ subtle, character-based humor is somewhat more interesting than Carrey’s slapstick (no disrespect intended towards Carrey’s slapstick, of course — you can never have enough of that) and we get a film that’s not afraid to tread some less-beaten and more-controversial paths than the average broad, PG-13 comedy. I’d be lying if I called it an unqualified success, but at least it’s a little different. 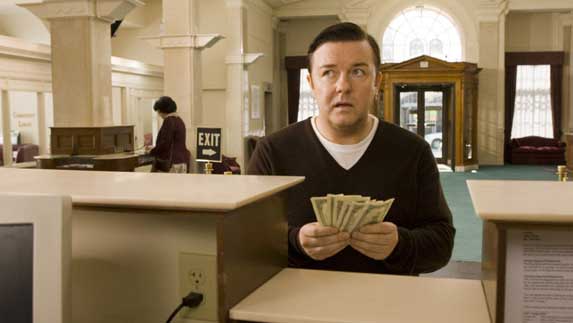 The world with which Lying initially presents us is really nothing short of Twilight Zone material. Not only are people entirely incapable of lying, they’re also unable to write fiction and completely without anything resembling tact. Films consist exclusively of history lectures (Gervais’ character, Mark Bellison, is an unsuccessful screenwriter), and people routinely confess, unprompted, to recent bowel movements and masturbation sessions. In such a world, anyone who can tell untruths is essentially able to mold reality to their will — so when Bellison realizes he can increase the size of his bank account with some simple vocal sounds, his world flips upside down.

For whatever reason, within the first ten minutes of the film — when this Totally-Lie-Free World was still being introduced to me — my mind immediately jumped to the obvious theological question: What does religion look like in this world? If everyone is incapable of lying, does everyone have perfect theology? Or does religion remain a simple matter of opinion? Or something else? Apparently, Gervais and company had the exact same thought, and the entire second act might as well have been titled The Invention of Religion.

Yes, in a world without lies, there is no religion. I imagine this will offend quite a few, but that fact just might make me respect Gervais a bit more. The safest tack would of course have been to ignore religion entirely, but that would have been lazy; instead, he’s chosen to be an equal-opportunity offender (though the Dawkins-worshipping set will perhaps escape unscathed). Bellison invents the idea of God almost by accident, and everyone in the world believes him to the letter, giving him more power than he knows what to do with — and turning the film’s second half into something of a Bruce Almighty for secular humanists. (Gervais should watch out, or he could get typecast as the thinking-man’s Jim Carrey.)

Those who think that any sort of serious assault against religion is being launched here, though, should probably lighten up; rather than coming off as spitefully anti-religious, the film actually manages to function as a primer on several essential and ancient theological debates — the problem of evil, the paradox of free will, etc. — making it undeniably far more interesting than anything FoxFaith has ever released.

More to the point, though, there’s material here that’s far deeper than the question of any given faith’s veracity. An incapacity for lies is more than that — it’s an incapacity for fable, for metaphor, and for abstraction as well; it’s subhuman. The fixation that Lying’s characters have on exacting scientific fact cripples their ability to look beneath the surface of life and toward any deeper realities. An incapacity for Lies is, paradoxically, an incapacity for Truth as well. Marriages are arranged entirely based on genetic matches, and no ideas any deeper than “You look like a dork” and “My poop stinks” are ever exchanged. 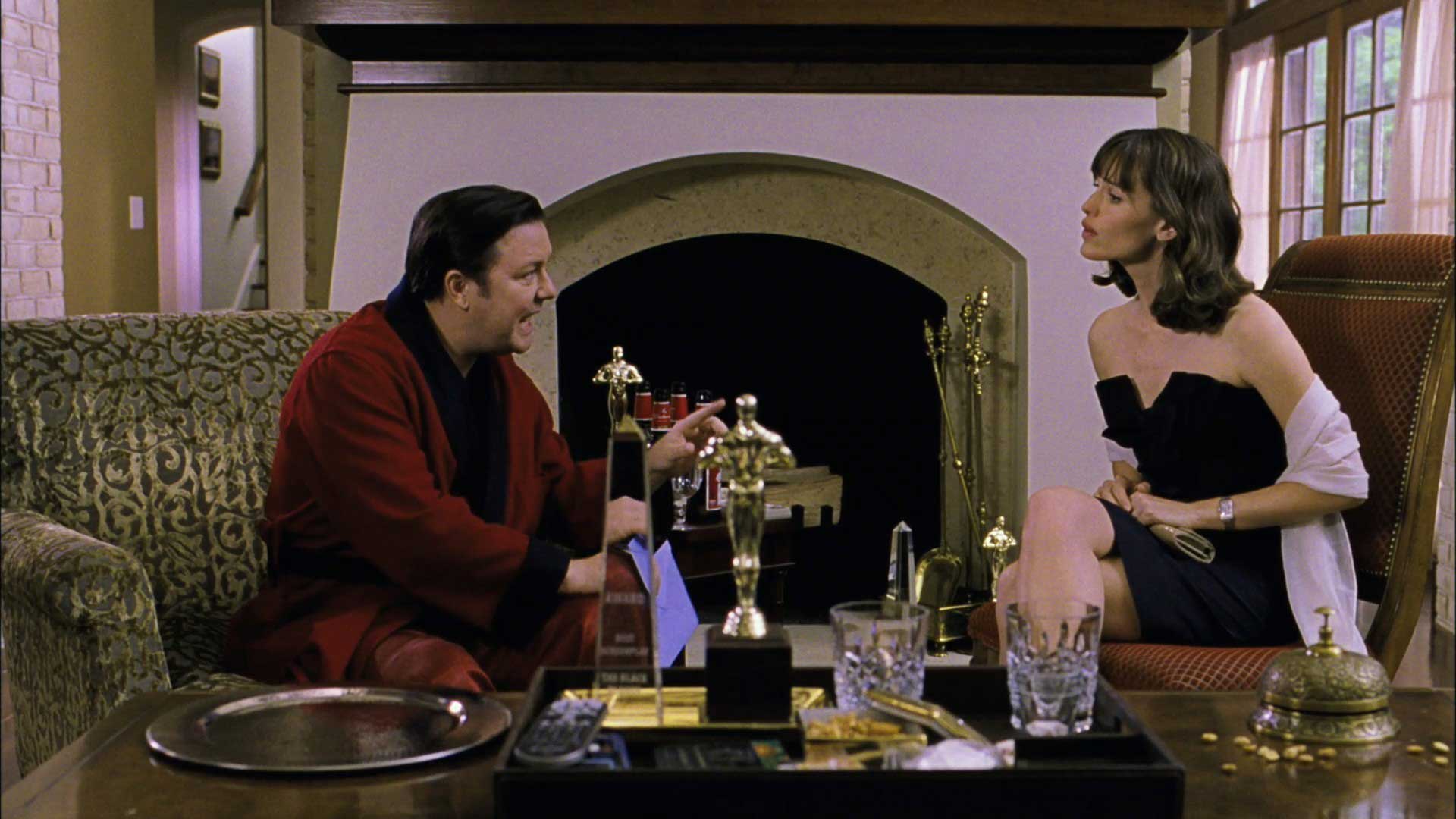 It’s not a hollow film, though. Its anarchic take on humanity’s sacred cows will likely alienate many, but that’s what gives it its offbeat philosophical appeal. Unfortunately, it’s a two-edged sword, and it also makes for a film lacking in structure. The laughs don’t come as fast and furious as one would hope (face it, this is a one-joke comedy), and the storyline is sacrificed to make a “point” more than once. The result is a film that’s more likely to make you think than laugh, but whether that’s good or bad is entirely up to you. One thing, however, is for sure: reactions to it are likely to be strong.

And, in an era of bland, broad comedy, that’s hardly a criticism.