All great directors eventually reach a low point in their careers, no matter how talented they may be. In 1979, Steven Spielberg made a horrendous Pearl Harbor comedy (?) called1941. Francis Ford Coppola made Jack with Robin Williams playing a man with an aging disorder. Some say Ang Lee will never reach a lower point in his career than when he released The Hulk. A low-point for Joel and Ethan Coen? The answer is The Ladykillers. 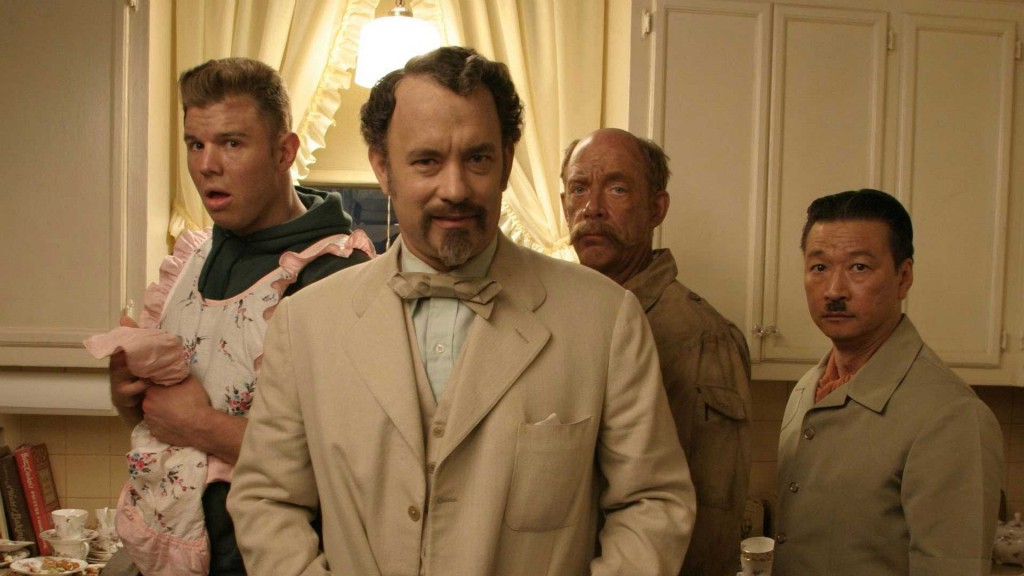 Mrs. Marva Munson (Irma P. Hall) is an elderly, God-fearing widow living in a quiet Southern community. One morning, she opens her door to find Professor Goldthwaite Higginson Dorr (Tom Hanks), a well-spoken and seemingly charming Southern gentleman who expresses interest in renting one of her spare rooms. Sitting down in the widow’s living room, he also explains that he is a most cultured musician, therefore asking if it would be permissible for him to use her empty basement as a practice facility for his “band” of classical musicians. Munson explains that it will be fine — just as long as they don’t play any “hippity-hop” music.

What Mrs. Munson doesn’t know is that Dorr’s “band” is a group of bumbling criminals set on robbing the local riverboat casino by means of a tunnel that they plan to dig under her humble abode. The plan isn’t as easy as it sounds and when it is discovered by Mrs. Munson, Dorr and his group of creative con men are left with only one option: kill the old lady before she goes to the police and ruins their exquisite plan. 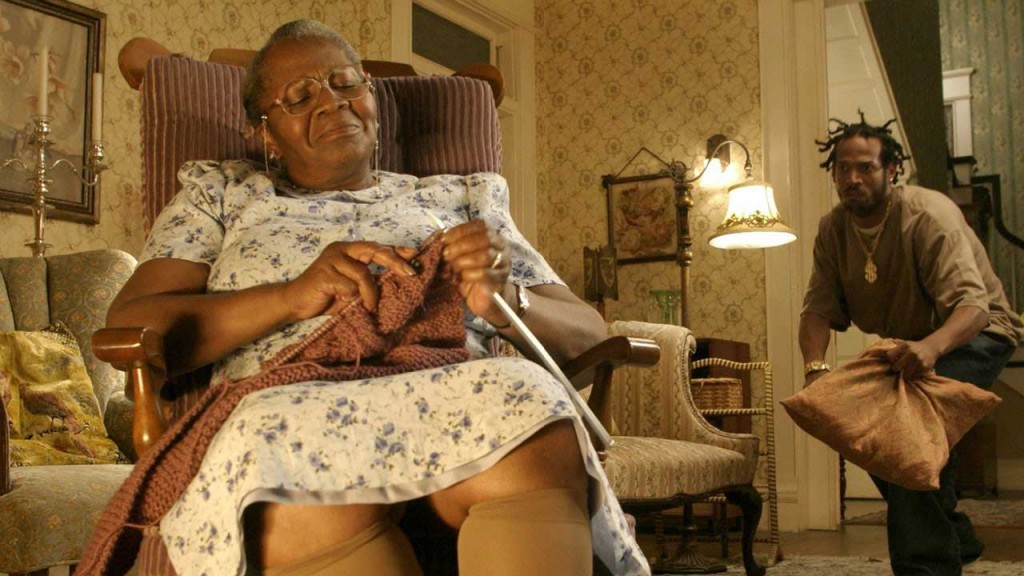 Tom Hanks turns in an extremely theatrical performance as Professor Dorr, using a very strange accent that comes across as a mix between John Huston, Vincent Price, and Tom Hulce’s Mozart in Amadeus. His character is so overplayed and bizarre that he almost becomes hard to watch. On the other hand, Irma P. Hall as Marva Munson is a joy to watch. She delivers a good percentage of the few solid laughs in the movie, even though it’s easy to detect that she is being spoon-fed clever lines and monologues that aren’t growing organically out of her character.

The Ladykillers is a remake of a classic 1955 British dark comedy of the same title starring the inimitable Alec Guiness as the Professor. That film is a classically original farce that never takes itself too seriously. The main problem with the remake is that most of it’s humor relies on obvious stereotypes instead of the genuinely funny characters that have populated every film Joel and Ethan Coen have made previously. Damon Wayans plays a jive-talking black man who likes to say the f-word. You get it? That’s funny. Tzi Ma is a Chinese shop owner doubling as a munitions expert. He says few things other than a few stereotypically broken English words for comic effect. Funny. The gospel choir at Marva Munson’s church tries to be an uproar of hilarity as well with their exaggerated facial expressions and flailing movements, but they quickly outstay their welcome and do nothing to move the story forward.

While watching The Ladykillers, I thought about how much fun it would have been to make. Obviously the cast and crew had a very good time with the material and invested a large amount of creative energy into it. Still, the movie strikes me as the classic case of a film that may have been more fun to make than it is to watch. The Ladykillers is by no means boring and unwatchable, but it stands out like a sore thumb as the weakest movie in the Coen’s canon.