For all those who contemplated what a domestic sitcom would be like if it were directed by someone like Luis Bunuel, along comes the pitch black Chilean comedy The Maid. Filmed in the director’s actual childhood home and at least partially based on his own childhood memories, Sebastian Silva’s The Maid is the story of the life-long, live-in maid of a well-to-do Santiago family who we first meet in what very well may be the zygotic beginnings of a nervous breakdown. The film is a revelation of erratic psychosensual characterization. Bunuelian indeed.

Part Remains of the Day, part Brady Bunch Goes to Hell (but in the most strangely yet cleverly loving way) The Maid tells the story of Raquel, a fortyish-something domestic who has been in the employ of one family for so long she is at that bizarre precipice where she is treated almost as if one of the family yet kept distant enough to be very aware of her station in life. The brunt of the story takes place after Raquel physically falls apart and the family decides to hire a second maid as a sort of assistant to Raquel. Though meaning well, Raquel takes this as an affront to her own abilities and takes it upon herself to sabotage each new recruit. That is until she finds fellow compatriot Lucy, who actually befriends the standoffish Raquel – becoming in essence both her closest (and only) friend and her de facto, platonic spouse. 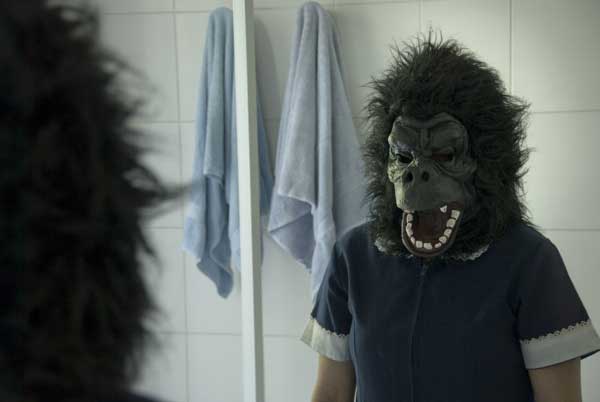 Whether Raquel does feel love – or desire – for Lucy is actually beside the point. Raquel is unaffected by sexual desire. Her one attempt at such in the film – with Lucy’s uncle – ends in near disaster. Raquel isn’t in need of sex (her forty year old virginal status may say otherwise) so much as she is in need of freeing herself not only of the physical servitude of her life but of the self-imposed mental servitude as well. In meeting Lucy, Raquel manages to pry herself away from her loneliness and her instability of emotions. Whether it will stick is another problem for another time. The Maid does not try to answer these problems so much as give Raquel the option to save herself.

Shot very matter-of-factly – and as a matter-of-fact, acted quite matter-of-factly – this brave, sometimes charming, sometimes claustrophobic (in the emotional sense) little film is easily one of the biggest surprises of the cinematic year. The second release this year from Chile (the first being the even darker surreality of a John Travolta-obsessed serial killer in Tony Manero) The Maid, with the bravurest of performances from Catalina Saavedra, is a genuine domestic horror film wrapped in the simple ribbons of a (albeit way-past-its-prime) coming-of-age story. Here’s hoping more comes from Chile soon.