The Three Gorges Dam spanning China’s Yangtze River is the largest hydroelectric project in the world. Upon being finished it will provide mammoth amounts of hydroelectric power to the country and its people, but it will cause the waters of the Yangtze to rise, obliterating many homes. Thousands will have to relocate to the highland and start anew. Yung Chang’s new documentary Up the Yangtze explores the different worlds created by the dam and illuminates a darkened corner of the world that may soon disappear under the waters of the Yangtze.

The resulting film is far from academic. Up The Yangtze is not a National Geographic special report on a nation’s economic climate, but a film focusing on two young people from two different parts of China. 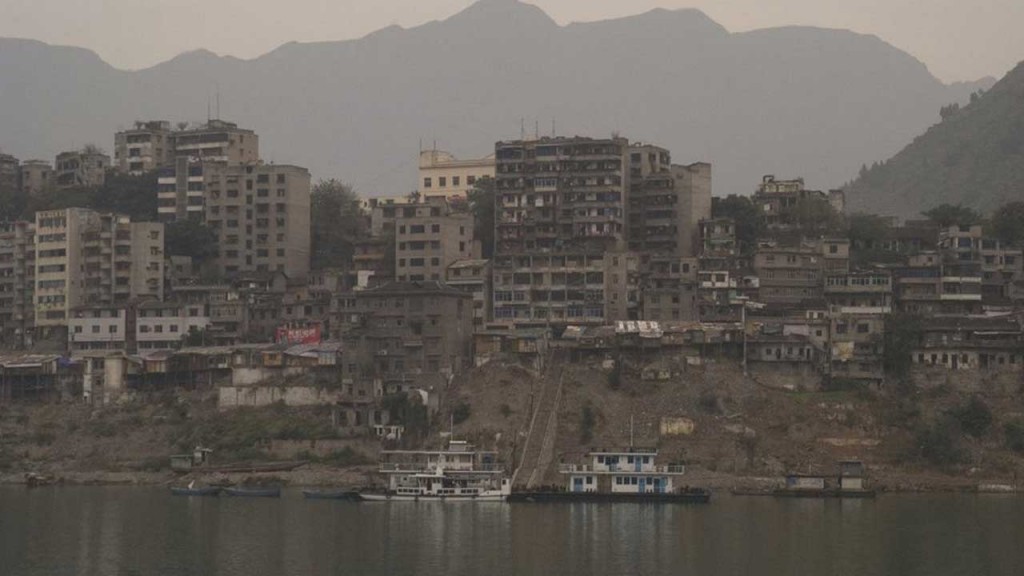 Jerry is from the city; little is known about his family and he’s introduced during a night out with friends where he toasts to a future of opportunity. He is confident about rising above his peers and becoming a success – something he bluntly communicates to all. Cindy comes from a family of poor farmers who struggle daily in dirt and rain just so they will have food to eat. She desperately wants to be a successful teacher, but her family situation is crippling. “I know it’s because your father and I don’t have skills that we have to exploit you,” her mother tells her through tears.

Both Jerry and Cindy want to leave their current environment to pursue lifelong dreams and each take advantage of job opportunities aboard a cruise liner touring up and down the Yangtze. Upon boarding they are rigorously drilled on how to act around passengers as not to offend. They are not to be overly modest or polite, should never compare America to Canada, and may never call people old, pale, or fat.

The foreigners aboard the cruise liner (mostly Americans) are blind to the plight of Chinese young people like Cindy and equally apathetic to Jerry’s hope for a successful life. Too busy with the frivolity of an exotic vacation, they parade blissfully around the ship with an oblivious idiocy reminiscent of characters penned by the Coen Brothers, trying on traditional Chinese garb by day and listening to a Barry Manilow wanna be by night. 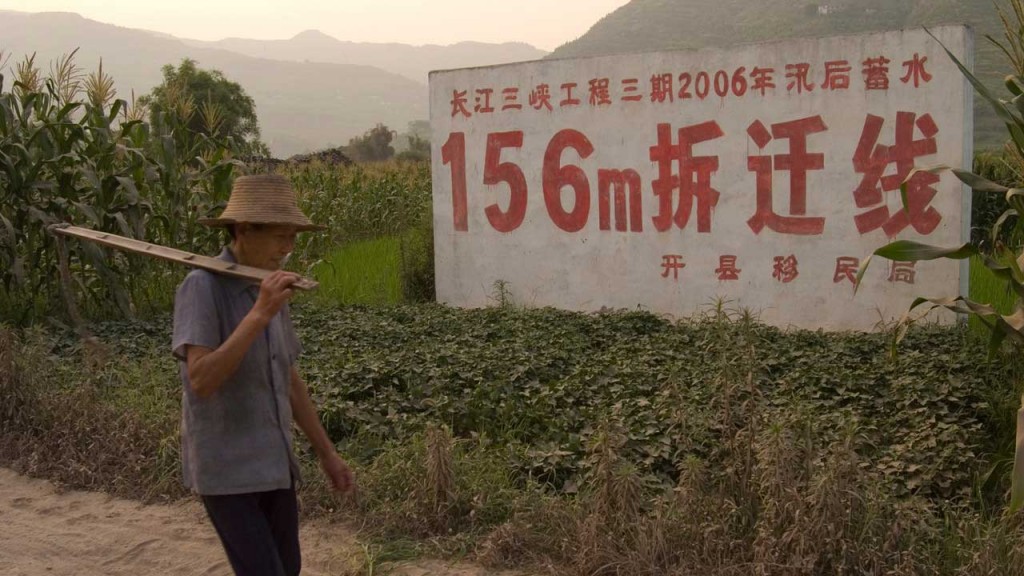 It is here that Yung Chang places images of debilitating poverty against those of immense wealth. While touring a small cross-section of the highland, the passengers are assured that the Chinese are a happy people and that everyone who must relocate after the river rises will be given a safe and comfortable life. After they smile and walk away, we are again shown Cindy’s family as they struggle to survive on the banks of the rising river. This is something the happy-go-lucky tourists will never see.

At one point in Up the Yangtze, an impoverished shop-owner is interviewed in close-up. He talks about how being human is hard enough, but being a common person in China is even harder. His words are heartbreaking considering the context, but there is something amiss about the way he carries himself. Something seems off-kilter – perhaps even staged. The picture of Cindy’s home life feels the same way. The audience is placed directly inside their dilapidated riverfront shack by day and by night listening in on private family conversations and seeing traumatic moments from multiple camera perspectives. It begs the question: just how much can a filmmaker invade people’s lives before altering reality or being tempted to stage events?

In Up the Yangtze, the emotional weight on display when people speak to the camera adds gravity to the fact that they will probably lose their homes when the river rises, but the uncommon level of candor and emotional freedom displayed is greatly overplayed. It feels fake at times.

All is not lost, though. The opening and closing sequences are worth the price of admission alone. Yung Chang takes his camera inside the Three Gorges Dam to give perspective on how massive the project really is. These sequences are overpowering and have a larger-than-life quality, lending immediacy and poetry to the rest of the film. The film wisely uses these and other solemn, quiet moments to engender a real compassion for the impoverished people who gaze at the river each day with great unease about the future and profound embarrassment of the past.

Up the Yangtze is a quietly heartbreaking documentary of unfettered sincerity even in moments where staged interviews could be a possibility. It has a stark beauty that stands as a testament to those acute periods of personal testing that forge us into new and better people.