Full disclosure: my film vocabulary is conspicuously lacking in Woody Allen. I can count the number of his films I’ve seen on one hand, although he’s made nearly 1 a year since he debuted in 1966 with What’s Up, Tiger Lily? That leaves me either 1) woefully inadequate to discuss his latest film, Vicky Cristina Barcelona, or 2) perfectly suited since I’m not weighed down with Allen baggage, desperately hoping for another Annie Hall. I’ll go with the latter. If nothing else, we film critics love our egos. 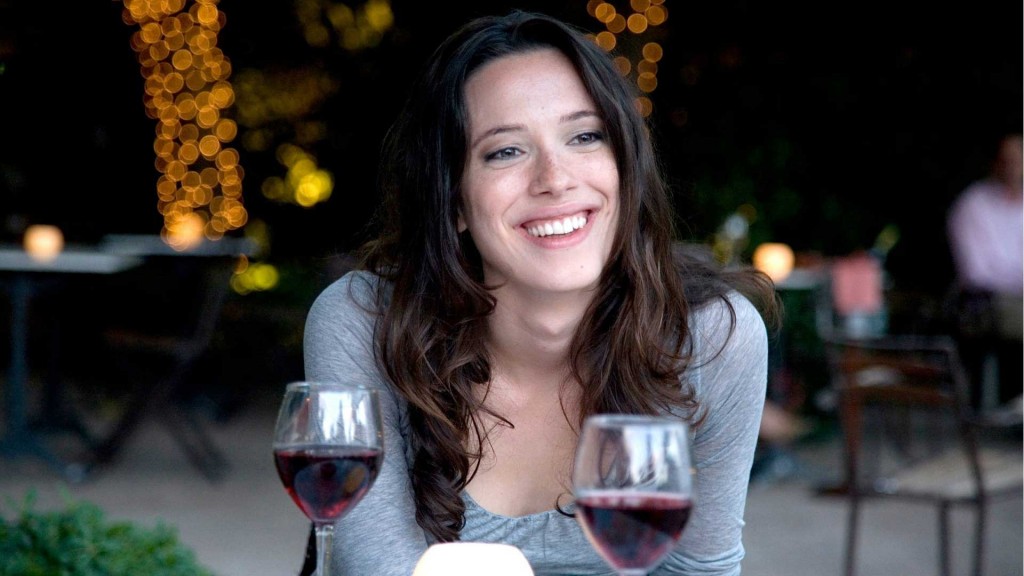 Rebecca Hall gives one of the best performances in the film, her name is in the title, and she is not even featured on the poster. What gives?

Woody’s been on a bit of a ‘serious’ kick lately, delving into murder and revenge with Match Point and Cassandra’s Dream rather than the idiosyncratic romances he built his career upon.Vicky Cristina Barcelona, then, is a return to form, filled with nuanced characters, marvelous performances, and sparkling dialogue about love, lust, and everything in between. Rebecca Hall is the Vicky and Scarlett Johansson is the Cristina of the title and, surprise surprise, they’re spending the summer in Barcelona. Sipping wine one night in a beautiful Spanish café, they are approached by Juan Antonio (Javier Bardem in a distinct departure from his Oscar-winning Anton Chigurh), a sensuous and heavy-lidded artiste who would like to take them to Oviedo for the weekend where they can admire the sculptures, drink fabulous wine, and “make love.” Vicky, engaged to be married, is suitably shocked by Antonio’s frankness, while Cristina, ever the free-spirit, is enchanted. The film would be somewhat dull if Vicky had gotten her way, so off the three of them go, setting in motion a labyrinthine quagmire of romantic entanglements.

Apart from the relational mischief (which is a quagmire in more ways than one), Vicky Cristina Barcelona stands as a beautiful love letter to Spain. The palette is composed of warm hues of yellow and red and orange, the Mediterranean countryside is lush and inviting, matters of art and music and love are discussed on every corner, and everyone is drinking wine, all the time. The cinematography, production design, art direction, and costume design were all handled by Spaniards, and the score is filled with Spanish guitar and other native tunes, all of which lend the film a tangible authenticity. 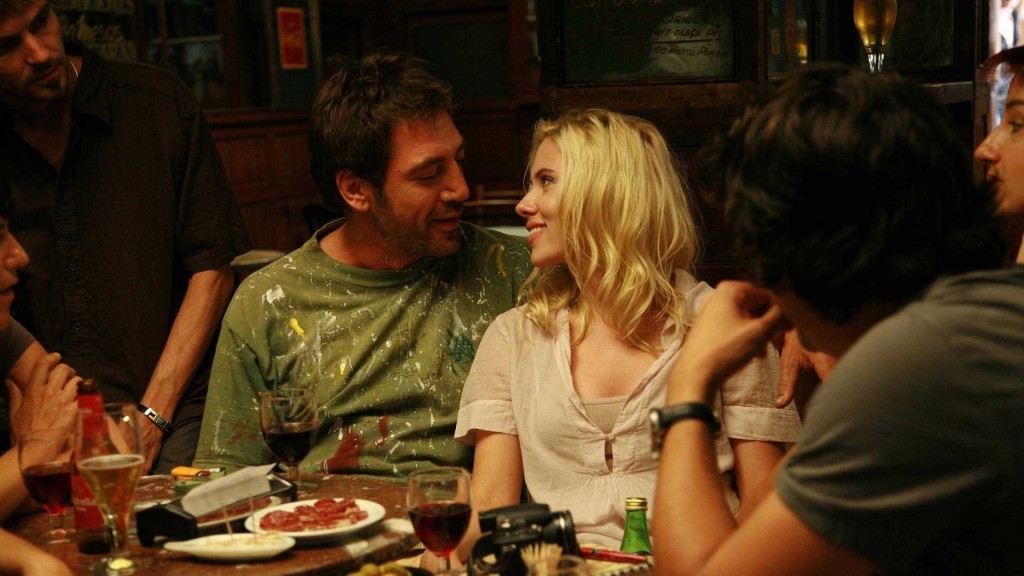 As a creative and romantic at heart, it was difficult to pull myself away from the seductive web that the film wove around me. You can almost feel the warm Mediterranean breeze. You can almost taste the wine upon your tongue. Oh to be in Spain where the rat race is not as ratty and rampant materialism is not as rampant, where life moves at a slower pace, and where stress is an exception rather than the rule. Granted, there are pros and cons to all walks of life, American and European, but when it comes to anxiety and worry and tension, we workaholics have them beat, hands down. Allen masterfully taps into the languid flow of Spanish life and makes you desperately want to buy a one-way ticket to Barcelona.

When it comes to the story, however, Vicky Cristina Barcelona becomes a much less focused affair. Vicky is ostentatiously portrayed as prudish and stuffy, and it is apparent at the outset that Juan will eventually break down her defenses. Marrying soon after her sensual one-night tryst, she fails to get Juan out of her head and constantly wonders if she should “follow her heart.” An older confidant, Judy (Patricia Clarkson), is locked within a loveless marriage herself, foreshadowing Vicky’s eventual fate. Doug, Vicky’s husband, is staid, predictable, and fully American, everything Juan Antonio is not. Cristina, in the meantime, falls in love with Juan and he with her, until the passionate artist’s equally passionate ex-wife, Maria Elena (played with fire and brimstone by Penélope Cruz), enters the picture, creating a tense love triangle that eventually gives way to a sultry ménage à trois.

Does it sound complicated? It is, and that is one aspect of love that, at least, Allen gets right. But beyond that, what exactly is he saying here? On the one hand, a common mantra is that “once love is fulfilled, it’s never romantic again,” so true romance can only be found in unrequited passion between two people who can never be together (i.e., Vicky and Juan). On the other hand, true love can exist as long as that “missing ingredient” is discovered, which Juan insists was always absent in his relationship with Maria Elena. When Cristina enters the picture, everything works beautifully, so the “missing ingredient” for the two passionate Spaniards was another woman (does this say more about love or about Allen’s masculine wish fulfillment? Why couldn’t another man be the missing ingredient? Is Javier Bardem kissing another dude not as sexy as Johansson and Cruz getting it on?). On the third hand (work with me here), Allen seems to be implying that in order to be truly happy you need to find the courage to do what is best for yourself, even if that means wounding those who love you. At the end of the film, those who lacked the strength to “follow their heart” are thoroughly miserable.

Allen has loaded his cinematic shotgun up with various ruminations on love, made sure enough explosive personalities were in the chamber, and then blasted the result all over the film. In the production notes he’s quoted as saying “there are probably things in the final film that are in spite of what I hoped to say—they may even contradict what I had on my mind, which is not that deep.” Vicky Cristina Barcelona is muddy, narratively dissatisfying, and all over the place thematically, which is apparently what he had in mind. I can fully appreciate that he has kicked the formulaic Hollywood romance to the curb and created something wholly different, but it’s disappointing that he had so little of worth to actually say.

Vicky Cristina Barcelona is beautifully shot, impeccably written, and superbly acted. If aesthetics are enough for you, by all means embrace this film immediately, but if you like a bit more truth with your romance, look elsewhere. Allen may have composed a love letter to Spain, but he didn’t bother to send one to the heart.