Josh Ickes, who had a positive reaction to the film, has posted a 2nd Opinion here.

Am I the only one who can still see that “politics” is almost the same word as “policy”? Am I the only one that remembers that the people you vote into your government actually end up, y’know, governing? Does anyone care anymore about being actively involved in our democracy? Or are we all just too busy laughing at the people who belong to different cliques than us?

Unfortunately, I saw Oliver Stone’s biography of president George II the Friday night it came out, with a theater that was nearly packed (I noticed that the previous showing was actually sold out). It is far from being a great film, but even if it wasn’t, it’s possible I would have hated the experience anyway, for one simple reason: people would not stop laughing. It was like clockwork: every two minutes people cracked up. Did those people live through the same 2000s I did? Have they witnessed the same Iraq War that I did? More than 12,000 U.S. casualties and more than 150,000 Iraqis dead? This is funny to people? 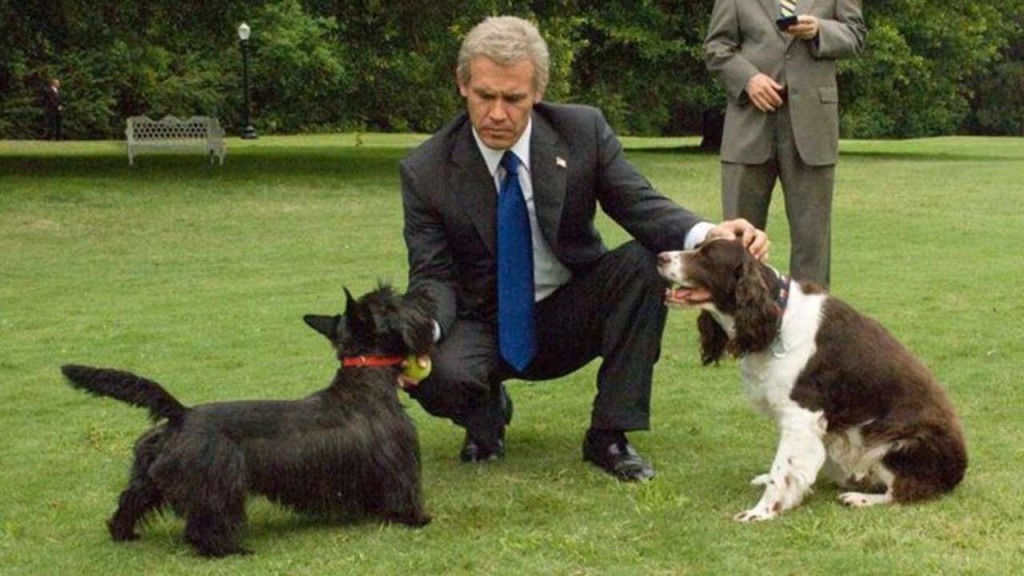 It’s highly possible thatW. is intended as a comedy. But if that’s the case, then Stone forgot to bring the jokes. The best he can do here is trot out some old, worn-out “Bushisms” like “misunderestimated” and “Is our children learning?” Even if they weren’t so tired and old, though, they’d still fall flat within the film, because Stone insists on ripping them out of their context. For instance, “misunderestimating,” which Bush actually used to describe those who questioned his leadership abilities when he was on the 2000 campaign trail, is now applied to Saddam Hussein (“He has always misunderestimated me”). Wait, what? That doesn’t even make sense. Forget the punch line; I’m still waiting for the set up.

Perhaps it’s the context in which I saw it, but the truly obnoxious thing about W. is that it feels like nothing more than an excuse to laugh at dorky people. Republicans are dorky! Ha ha, get it? Well yes, Republicans do, in fact, tend to be dorky (anyone who’s watched a recent presidential debate can tell you that John McCain is no match for Barack Obama’s nearly unimpeachable coolness). And you’re right, Mr. Stone: by the law of the playground, their profound dorkiness means that we should ridicule them and refuse to associate with them. Well-argued, sir.

I am no fan of president Bush. I would tend to agree with most that the War in Iraq was a mistake (or at least terribly mishandled), and the president’s insistence on desperately clinging to Reaganomics even as the economy burned around him is troubling, at best. I, like most Americans, have been struggling to understand the guy since he appeared on the national political scene in 2000 — what makes him tick? This is another hugely missed opportunity for Stone, though — he refuses to bring any new perspective to the table. His take on Bush is the same caricature we’ve been getting in the media for the last decade: he’s a poor, befuddled fool, unable to understand or control the forces around him, born into an unfair advantage and deceived by blind religious faith. This may, for all I know, be an accurate enough portrayal of the man, but Stone here is the storyteller, and could have portrayed the events and characters any way he wanted to. For one reason or another, he’s chosen the angle that’s by far the least fresh and the least interesting, and as a result, W. is simply a dull and insulting film. 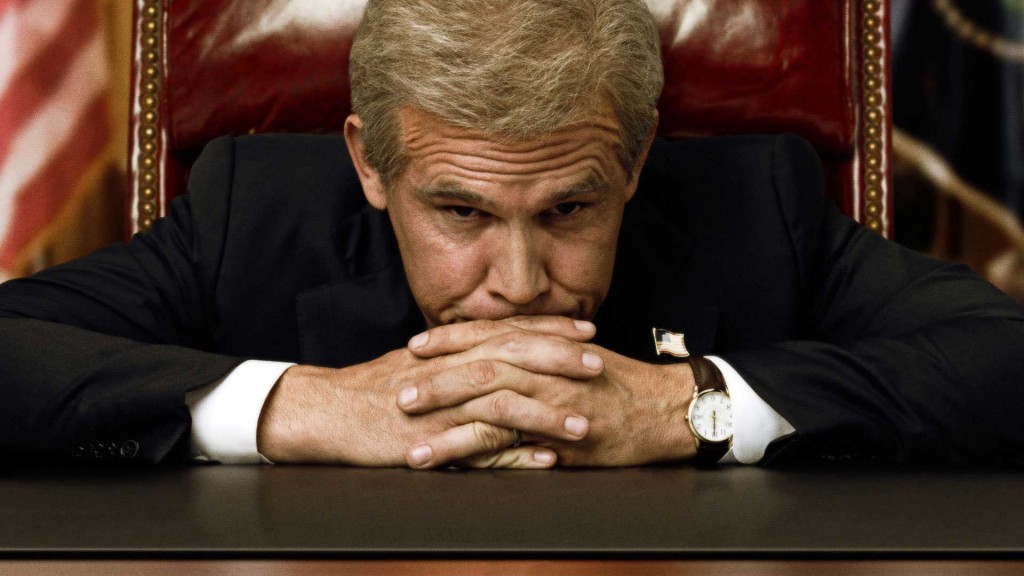 Stone is not by any means a great thinker. He has never been a director with much nuance. He’s always seen the world in stark black and white, on a good day (on a bad day, it’s all kind of the same muddled shade of gray). The guy makes films with a sledgehammer, and W. is no exception. He’s filled his cinematic canvas with malapropisms to remind us that BUSH IS DUMB, and with ministers in ugly suits and silver belt buckles to remind us that CHRISTIANITY IS BAD. The truly unfortunate thing here, though, is that he’s using that sledgehammer to criticize those who govern with sledgehammers. He wants to take Bush to task for failing to see nuance in the world, even as he ignores nuance himself. He and Bush are essentially kindred spirits in this respect, but the irony is completely lost on him.

I should take a second to acknowledge that W. is not a total failure, particularly for the actors. Josh Brolin does an astounding impression of the president — his sneer, his laugh, and everything else are all completely intact. Richard Dreyfuss completely disappears into the character of Dick Cheney. Toby Jones plays Karl Rove as some sort of smarmy Oompa-Loompa — perhaps not entirely true-to-life, but I’ll give him credit for creativity. (The only real exception here is Thandie Newton as Condoleezza Rice — she portrays her as some sort of crazy-cat-lady. Whose idea was that?) Aside from that, Stone’s look at the thinking that led up to the Iraq War is somewhat enlightening — it’s hard to say how accurate it is, but it’s a surprisingly deep analysis.

This is the exception to the rule, though, and for the most part, W. disappoints and offends — not for what it says so much as for what it doesn’t say. A film that could have brought a fresh perspective on the president and a serious look at his policy turns out to be about nothing at all; it’s simply yet another excuse to laugh at him for those who would have belonged to different cliques than he did in high school. History will certainly remember our time as a dark day for democracy: the day that we decided to laugh at buffoons of our own design, rather than solve problems.