This review was originally published June 27, 2008.

In 1983, a former monk named Godfrey Reggio made a film called Koyaanisqatsi. The title comes from a word in the Hopi language meaning “crazy life” or even better, “life out of balance.” Considered a classic in some circles, the film isn’t a traditional narrative but a tone poem about how modern man has become extremely distanced from the very thing that gives him life and breath. Some would interpret this as the transcendental idea of nature, others would say God. The film was a not-so-subtle call to replace our current state with another way of living; to focus on the simple and the natural instead of complicated consumerism and life-absorbing technological advances. I was reminded of Koyaanisqatsi more than once during WALL•E and did a double-take: was this really coming out of Disney studios — purveyor of all things luxurious and commercial? 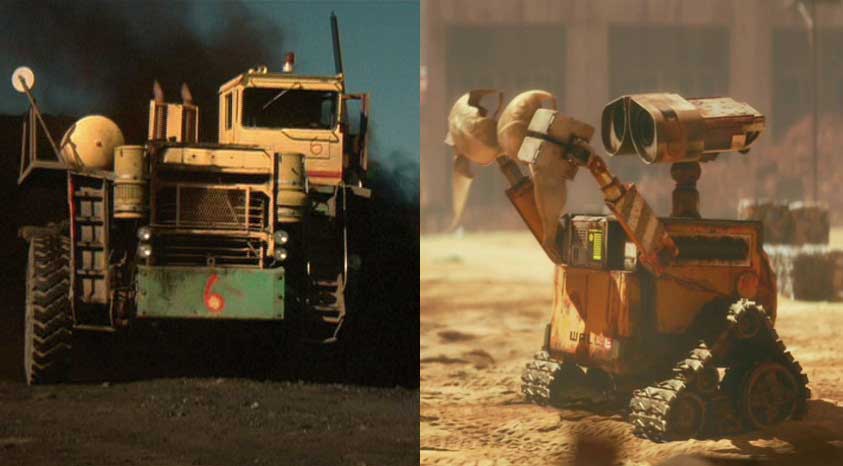 The Earth of WALL•E is strikingly similar to our own … except it’s covered in trash. Lots of trash. That’s why we have WALL•E, a trash-compacting robot who spends his days picking up scattered articles, sticking them in his belly, and compacting them into square blocks to be stacked high as skyscrapers. Why? Because humans have left their dirty earth and gone to live in the Axiom space center where can be found “everything you need to be happy.” A world of entertainment and leisure awaits in the Axiom … everyone has been gone for 700 years leaving WALL•E all alone, living in his little bunker with a few treasures he’s found among the rubbish: a lightbulb, a spork, a VHS of Hello, Dolly, and most recently a living green plant. His routine trash pickup is interrupted one afternoon with the arrival of a huge spacecraft. With it comes EVE, another robot sent with a secret directive. The two strike up an unlikely friendship until part of EVE’s directive is realized and the two end up in space on their way to the Axiom. 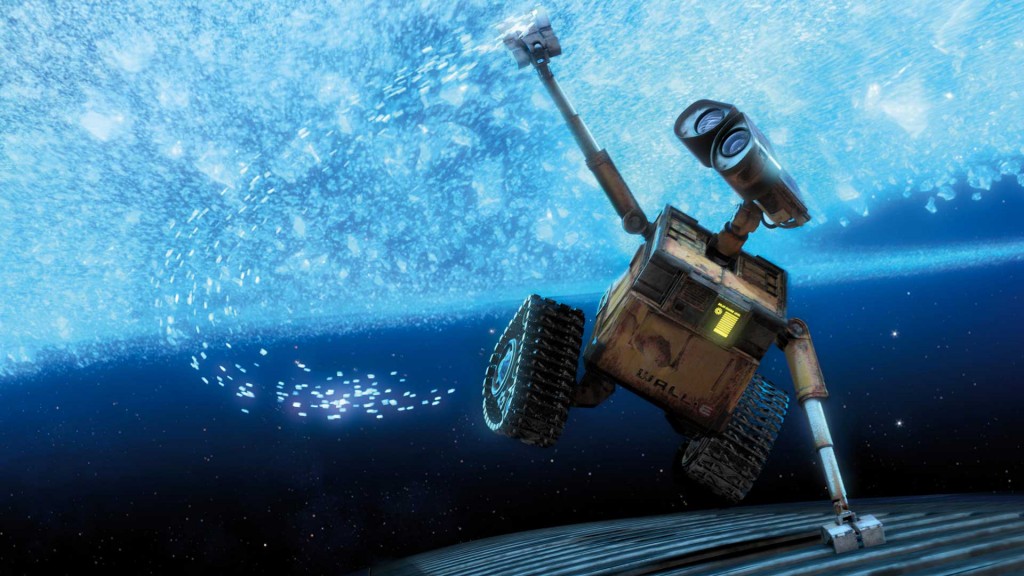 Ahh, space. If Pixar’s realization of a futuristic earth is hearkening and horrifying, then their creation of what lies outside of earth is just the opposite. When WALL•E blasts into space and realizes the vastness beyond earth, we wonder and delight in the beauty with him even though the concept is something we’ve seen so many times before. Watching Pixar paint the universe with animation is like being reintroduced to the concept of outer space. These five minutes spent with WALL•E as he first enters outer space are no doubt the most magical moments of any film this year. The anticipation for what awaits inside the Axiom builds and builds until we finally find out the extent of what the human race has become: overweight, lazy blobs traveling around on floating chairs, being nourished with liquid food … just like babies.

And that’s about all I can say. Of course I’m leaving things out — you’ll have to see the film to experience director Andrew Stanton’s potent science fiction epic.

Pixar’s creation of outer space is gorgeous, but the other environments created for WALL•E are just as eye-popping. The post-human, trash-covered earth has a muted, hot color palette (think desert) so that when WALL•E finds a small green plant among the rubbish, it stands out more than anything else in sight. The Axiom community is just the opposite with an overabundance of bright colors used to emphasize the pseudo-busyness of the space “culture.” The robots are also rendered to perfection and voiced with some of the most unique and emotive electronic noises you’ve ever heard; it’s very difficult not to melt at the sound of WALL•E’s voice as he pines for EVE when she’s taken away from him.

Although WALL•E may be the most beautifully realized, poetically rich, and uniquely relevant of all Pixar’s films, there are a few minor hangups in the second half. So many chase scenes and hijinks take place inside the Axiom station that they sometimes become repetitive. Little comedic ideas and references are repeated again and again and instead of feeling Pixar’s usual dry and inspired irony, the scenes sometimes feel like a cut-n-paste job. There’s also an extended reference to 2001: A Space Odyssey (it involves music) that, no matter how appropriate it may seem, feels kind of cheap considering Pixar’s track record of being extremely creative without ripping off anyone else. It hurts to criticize such an entertainingly wonderful film and, heck, even trying to may be a moot point.

There’s been a lot of controversy brewing over WALL•E. Some have said that its an environmentalist message movie that has nothing better to say than “Be Green.” Others think the single comedic reference to George W. Bush’s presidency (the head of mega corporation Buy n Large admonishing people to “stay the course”) makes it a piece of liberal propaganda. A few people are even mad about the futuristic human race being portrayed as overgrown, obese “babies.” To smack any of these labels on something as profound as WALL•E would be a grave miscalculation.

Nay, the film couldn’t be less about politics — it’s about culture death. Russian filmmaker Andrei Tarkovsky wrote at length on this subject and once said that “modern mass culture, aimed at the ‘consumer’, the civilization of prosthetics, is crippling people’s souls, setting up barriers between man and the crucial questions of his existence, his consciousness of himself as a spiritual being.” This statement is the core of WALL•E and to see the all too familiar futuristic earth of the first act juxtaposed against the extreme laziness of the Axiom community is quite alarming for a G-rated film.

But that’s the brilliance of what Pixar does: they consistently take mature themes and weave them into something capable of being appreciated by young and old. WALL•E is certainly no different, and with a gentle blow to the head it tells us that the human race may always exist, but we’ll never truly live and be satisfied until we put rampant consumerism behind us and take time to look up in wonder just like WALL•E. 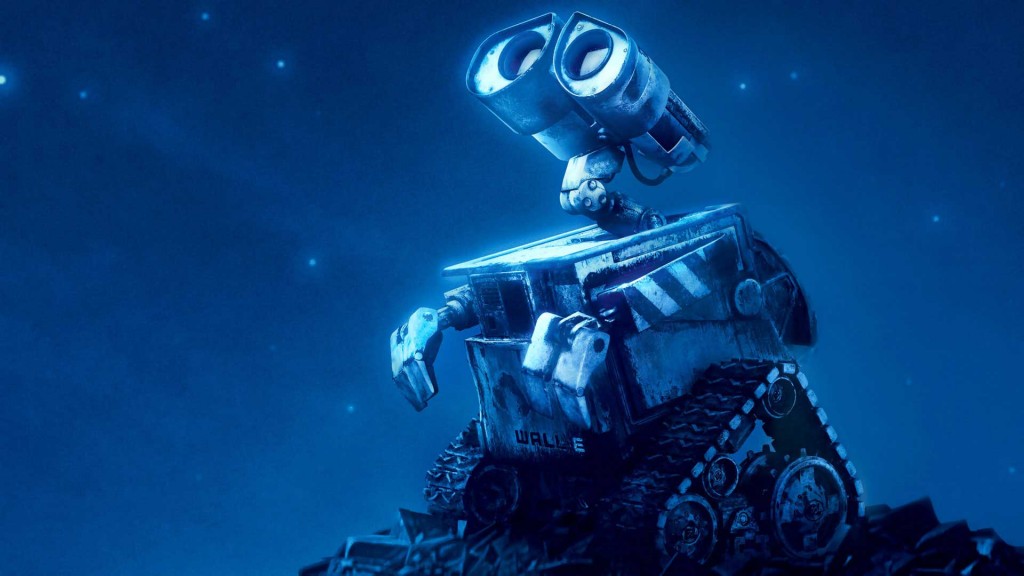 And you thought it was just about a cute lil’ robot.