One imagines that What Happens in Vegas is the sort of film Michael Medved would love—after all, it reinforces traditional values without challenging your previous assumptions, asking you to think, or even questioning your vices. This is the sort of film that—despite the titular metropolis—is designed to “play in Peoria,” as the saying goes. It’s the quintessential bread-and-circuses film, reaffirming the paper-thin presumptions of the middle American masses while entertaining them for an hour and a half. The only surprise? It’s a thoroughly watchable film.

Premises don’t get much more Hollywood-contrived that the one in play here: Ashton Kutcher plays Jack Fuller, a ex-frat bum who inexplicably lives in an (admittedly small) NYC penthouse apartment, and Cameron Diaz plays Joy McNally, an overachiever who works on Wall Street. On the same day, Jack loses his job at his father’s furniture business and Joy gets dumped by her fiancé in front of all their friends. They both do the only logical thing in their respective situations: they head to Vegas. Through yet another entirely unbelievable series of events, they run into each other, get drunk together, and get married in one night. They awake the next morning to find that they’ve made a terrible mistake—and that Jack has won three million dollars. 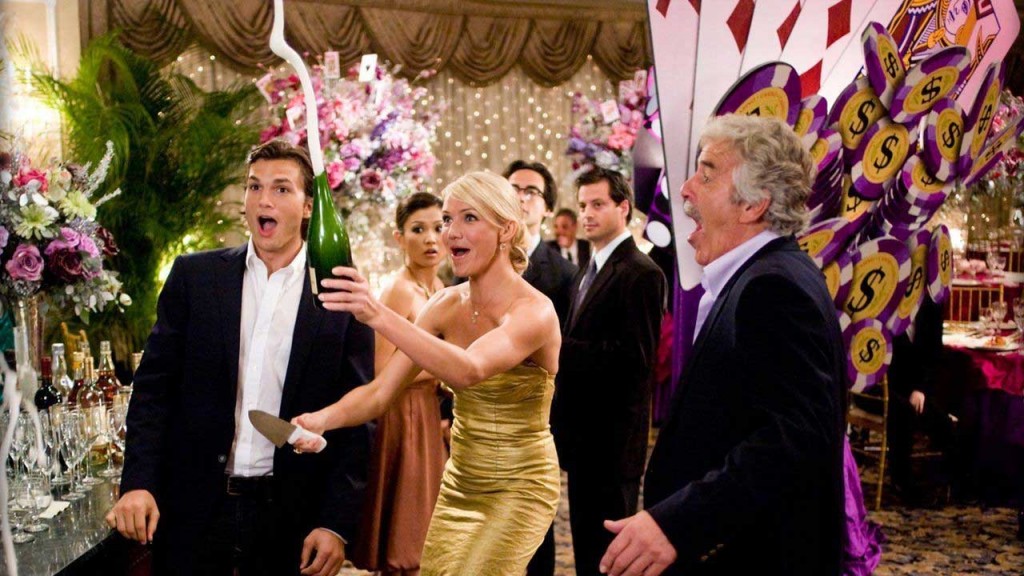 Needless to say, Joy wants in on this—and so, sues Jack both for divorce and for half the money. The Honorable Judge Whopper (a very funny Dennis Miller, injecting a modicum of a moral compass into the film) isn’t amused by how lightly “kids today” take marriage, and freezes the three million, ordering Jack and Joy to stay married and work on their marriage if they ever want to see their share of the money. Then pretty much everything you expect to happen, happens, and then the credits roll.

All of which makes me wonder, Why is the no-good slob in these movies always the male? One can think of any number of films where a man has to clean up his act, get a job and find a purpose in life to win the girl—Big Daddy, Knocked Up, Fool’s Gold, etc.—but can anyone think of a single film that depicts an unemployed female slob? You could, I guess, make the case that men don’t find a job nearly as attractive in a woman as women tend to find it in a man—but this film presents an opportunity to ignore that, since it’s (ostensibly) about what makes a marriage work, not what attracts people to enter into it in the first place. This film could have distinguished itself from the pack of cookie-cutter rom-coms out there by mixing up the sitcom-style stereotypes a bit. Needless to say, it doesn’t.

With this film, though, I suppose it’s a bit of a moot point since you have to make a film with the talent you have on hand. Ashton Kutcher has consistently proven himself incapable of playing anything other than an obnoxious man-child (The Butterfly Effect, anyone? or maybeThe Guardian? any takers?), and he’s actually pretty entertaining here. By “pretty entertaining,” of course I mean, “didn’t make me want to gouge my eyes out”—which is seriously an accomplishment for ol’ Ashton. Actually, the cast here does pretty well all around (with special props going out to Rob Corddry as Jack’s lawyer and Queen Latifah as the couple’s marriage counselor). Director Tom Vaughan appears to have given his actors the chance to improvise a bit here, giving the film some of the feel of Judd Apatow’s recent comedies. It’s nowhere near as good as those—we simply don’t have the level of talent here that Apatow is used to working with—but it’s not bad. 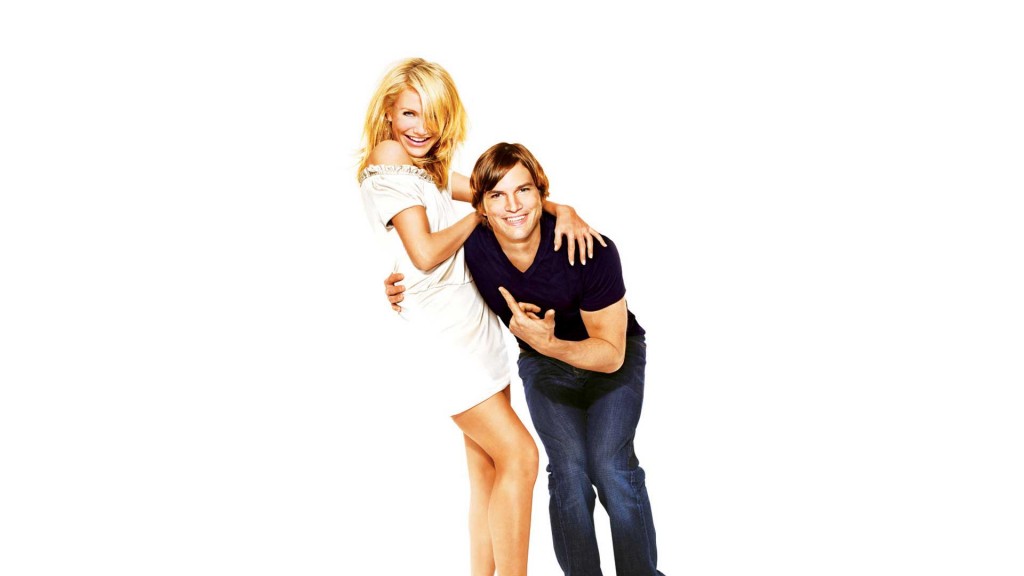 What Happens in Vegas isn’t a film that will change your life by any means, but it is noticeably more honest than the average romantic comedy, for one simple admission that it makes: Marriage isn’t happily ever after. Ever. It takes work, regardless of whom you marry. A forced, heavily saccharine ending manages to undermine this somewhat, but of course that’s the bread and butter of films like this—they’re just earnest enough to make the audience think that they’re thinking. What Happens in Vegas is mildly forgettable, and mildly disappointing—but thanks to some surprisingly good performances and a better-than-expected script, it’s not the complete train wreck that an Ashton Kutcher movie usually is. Consider me impressed.