If you want to bear witness to a few moments of perfect cinema, watch the first couple minutes of Spike Jonze’s Where the Wild Things Are.  Here we’re introduced to the indefatigable young Max as he builds a snow fort in his neighbor’s yard.  He’s packed the snow tight into an igloo and slides in and out of the opening he has made without a care in the world.  The icy tones of the image, the crackling of the snow, Max’s breathless panting, the smile on his face; this is childhood, and a moment perfectly suited as an opener to the long-awaited adaptation of Maurice Sendak’s classic children’s book. 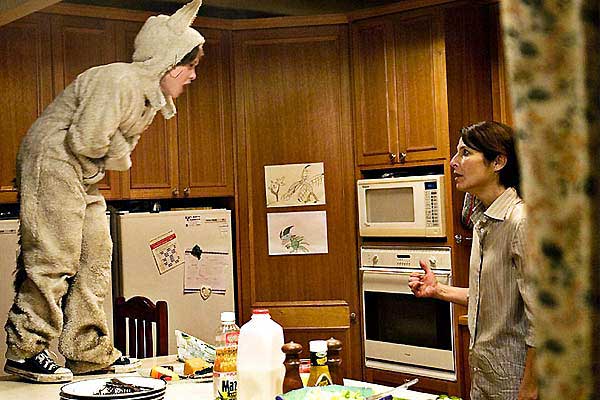 Max and his mom

Max runs across the street and peeks in his house to get his teenage sister’s attention.  She’s busy on the phone and her friends are coming over soon.  Spurned, he goes back to his fort, but when the friends arrive, Max initiates a surprise snowball fight from behind the fence.

The fight, born from an innocent hunger for fun, escalates suddenly and ends with an older boy crushing Max’s snow fort with an impassioned, vindictive leap.  The defeated Max emerges from the snow fort with tears rolling down his face as his sister hops in the car with her friends and drives away without even a wave or caring gesture.  In turn, Max runs into the house and tears her room apart, crushing even the paper heart he once made her for Valentine’s Day.

Here we are introduced to the other side of Max.  Like any small child, he is easily hurt and his fragile emotions ever vulnerable.  He cauterizes this hurt through destruction and anger and after an evening altercation with his mother (the beautiful and reliable Catherine Keener), bolts from inside the house onto the street where he soon loses his way and gets lost in the woods.  Soon enough, he has escaped to the imaginary land of the wild things.

The wild things are beautiful puppet/CG creations elegantly envisioned by the Jim Henson Company and voiced by the likes of James Gandolfini, Paul Dano, Catherine O’Hara, and Chris Cooper.  Lumbering through their native land – a wondrous place in walking distance from an ocean, a desert, and a verdant forest – they sound like humans, have the momentary reasoning power of adults, and use the logic of the smallest children. 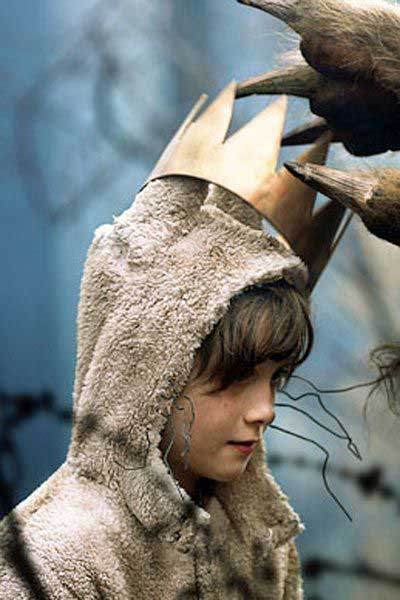 Upon entering the land of the wild things, screenwriter Dave Eggers takes Maurice Sendak’s setting and transforms it into a literary world where Max’s real-life experience is mirrored in the words, actions, emotions, and thoughts of the wild creatures.  Their world looks much different than reality, but the motions of the heart and the consequences of actions remain the same – and for Max, this is the most profound surprise.

The film hinges on Max and Spike Jonze and his team have snagged the perfect child for the role: Max Records.  How a small child could keep a character like this so stunningly consistent throughout a two-hour film that takes place in so many settings and sustains so many imaginative flourishes is stunning.  Then again, perhaps he’s just being himself.

Still, because it tries so hard to faithfully envision childhood imagination, Where the Wild Things Are is often visually and aurally confusing.  The wild things act like children and while Jonze’s camera inhabits their land, it does too.  We’re taken from one immaculately designed setpiece to another, faced with the immaturity and confusion of one wild thing after another and soon enough we’re disoriented.  Is this the point?  Perhaps, but cinematically less is more for a land like this. 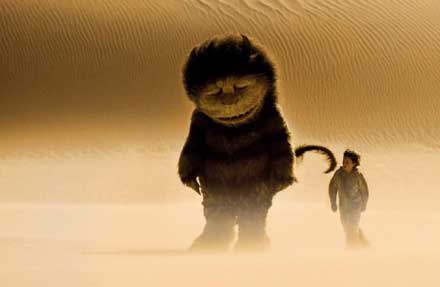 And though it may be far from obvious, this is not a children’s film.  It is dark, it is often harrowing (in a PG kind of way), and it is free from the sentimentality and romanticism that plagues lesser films about children.  Warner Bros. rejected a preliminary cut of the film months ago because it was too dark and with the final product in view, it doesn’t seem like much has been toned down.

Humor me some introspection, if you will.  Exiting Where the Wild Things Are, I felt as if I had missed something for I found myself thinking, “If only someone would please calm that kid down!”  I soon realized why. 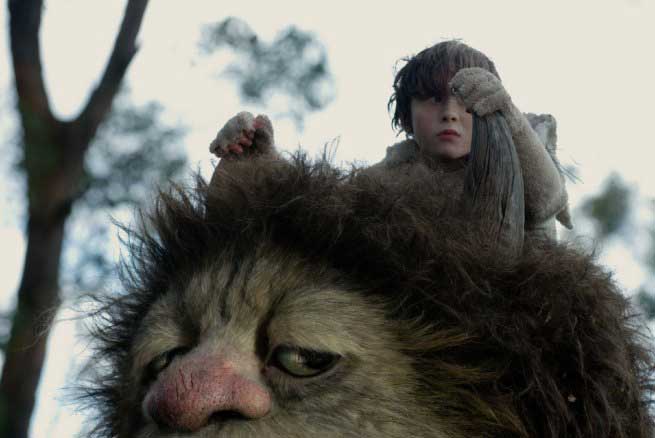 I am not Max.  I wasn’t the energetic kid who built forts out of chairs and blankets, who ran around in an animal costume and wished he could run without stopping for ever and ever.  On the contrary, I was the kid from that children’s classic The Red Balloon, quietly content to myself, glad to follow the metaphorical red balloon around the streets for hours on end.

I don’t think my caustic reaction to Max is entirely unfounded, but to eschew him would be to close my eyes to what a profoundly wounded character he is.  Though there are moments when Jonze urges us to empathize with Max’s misbehavior to an unhealthy extent, his vision of Sendak’s story culminates in a subtle redemptive flourish that is stunning in its power and profound in its implications.

All the imagination in the world may help a boy function in private, but it is the love and care of people in the real world that shape a young man.  This is the heart of Where the Wild Things Are and a lesson that will hopefully take root in the hearts of people who welcome this classic story into their lives now and in the years to come.