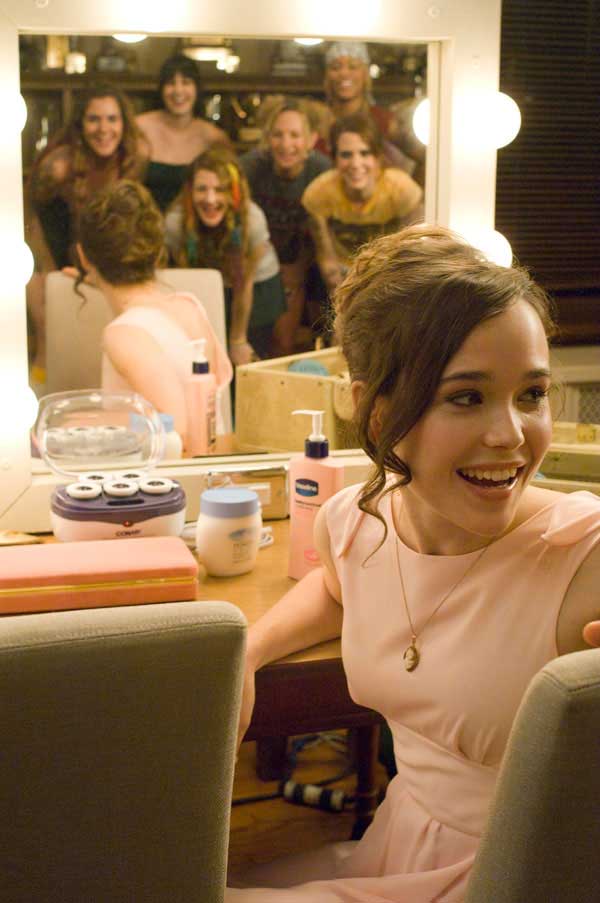 If you can answer no, you’ll probably enjoy Drew Barrymore’s directorial debut, Whip It. The film breaks very little new ground (and, frankly, contains nearly every “indie” film cliché that will make Juno andGarden State haters squirm), but is still a charming and funny flick that manages to be offbeat enough to be a lot of fun.

Juno herself, Ellen Page, stars as Bliss, a teenager living in an “armpit” of a small Texas town, and who is routinely forced into local beauty pageants by her overzealous mother. In an act of rebellion, she runs off to Austin one night to witness an underground roller derby take place, and gets sucked into the world — eventually becoming the star skater on the team — and begins leading a double life.

In other words, it’s basically Bend it Like Beckham on roller skates — minus the art-housey pretensions to importance, of course (and it ends up being much more fun for the exact same reason). Give Barrymore credit, though, for starting out with a simple formula. As an established actor debuting as a director, the temptation for her is to try to impress first and entertain second — this has led to many first-time directors biting off more than they could chew (Crazy in Alabama,anyone?). In Barrymore’s case she’s simply picked a tried-and-true formula with a better-than-average script, and lined up a talented cast to execute it. 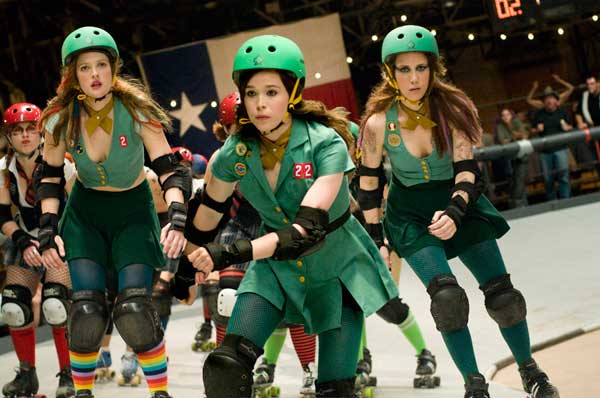 Credit also should go to the choice of setting, which is just off-beat enough that the novelty works in its favor. There are plenty of sports movies, after all, but how many roller derby movies have you seen, ever? (A quick Google search just yielded approximately four results, and one of them featured the Addams Family.) The opportunity here isn’t missed, and some great roller derby action is committed to film.

Of course, all of that wouldn’t matter if the story didn’t ring true. And it mostly does. As I’ve said, there’s nothing earth-shattering about the very-“Austin” Bliss and her very-“The Rest of Texas” family, but Marcia Gay Harden and Daniel Stern (where has he been lately?) both put it nuanced performances as her parents. Alia Shawkat of Arrested Development and Kirsten Wiig of Saturday Night Live also both show up in disarmingly funny roles, and everyone does their job of pushing Bliss into adulthood. It’s not exactly the sort of comedy that makes you fall out of your chair laughing, and it’s not the sort that you’ll be quoting for weeks afterward, but it is the sort that makes it impossible to stop smiling — and that just might be the best sort.

If you disagree, you obviously hate sunny days and dropkick puppies for fun.