A modernized telling of the early stages of humanity adept with modern language, fart jokes, the ingestion of fecal matter, and  a multitude of offenses in regard to religion and history,Year One was something a grand comic genius like say, Mel Brooks (History of the World Part I) could have pulled off.

Thing is, Year One, the mistake made by the otherwise suitable and crafty Harold Ramis, just simply does not work, and this was due to its casting: Micheal Cera and Jack Black, two huge stars, as what we expected. True comedy comes from the reversal of personas, and the totally, utterly, unexpectedness of the straight man (Cera) becoming the bumbling crap-eating boob hell-bent on starting what was hilariously known as the Muscle Tribe of Danger and Excellence! 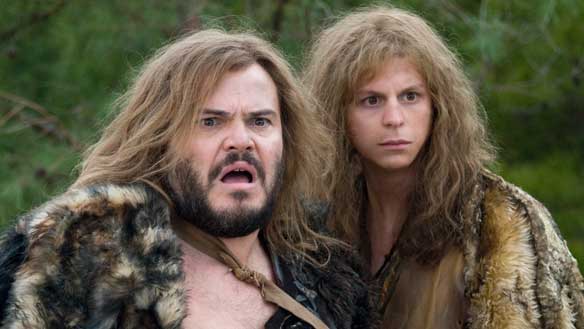 But behold, none of this occurred.

So now we’re back to, well, square one (no pun intended): the same old lame comedy that some producer thought would work because the sensible caveman with a soft voice fails to score the girl until he saves the day, and the village stooge runs around spouting lame jokes and making funny faces.

Year One is where it should be at this point; concealed on a nice, shiny DVD packaged and ready to clog up space in your collection — because that’s where it will likely sit until perhaps the Second Coming.